Stuntman, Actor, and Director Mike Mayhall has written and directed his first feature film, Jake’s Road. After an impressive and continuing stunt and acting career from working on films such as RED (2011), and Looper (2012), it seems Mayall’s creativity knows no bounds. Touted as a Action/Horror/Thriller, Jake’s Road was released in the United States on September 23, 2014 by Action Logistics, Mayhem Productions, and Sitting Duck Films. Mayhall also extends himself to play one of the minor characters in the film, George. 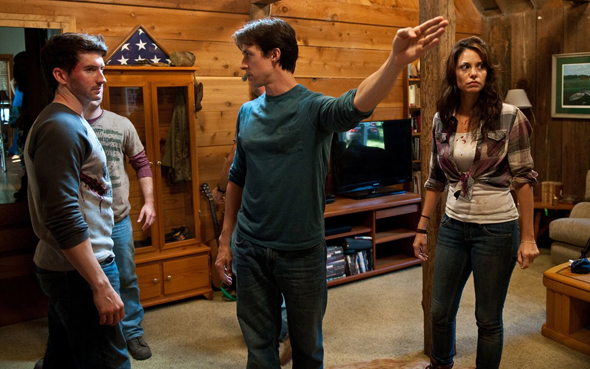 Filmed in Folsom, Louisiana, USA on an estimated small budget of an estimated $300,000, Jake’s Road is also known under the name of Jake’in Yolu. Events in the film are set in modern day and told by a third person perspective, one observing the story. Prior to the opening sequence, the viewer is introduced to a man in a hospital. At this time, his name is unknown. Suffering from amnesia after a traumatic situation, the doctor urges the man to remember what happened and why he is there. He initially fights the suggestion, but ultimately recalls how he got there.

Rewind in time only a few days and the viewer discovers the man in the hospital is Chris (Patrick Flanagan: The Unbroken 2012, The Rub 2013). Chris joined his best friend Sam (Garrett Hines: Green Lantern 2011, Last Vegas 2013), Sam’s soon to be fiancé Kay (The Loft 2014, Pitch Perfect 2 2015), and Sam’s brother Mike (Tim Bell: 12 Years a Slave 2013, Prisoners 2013) for a long weekend at Sam and Mike’s family property. Their other friends George (Mike Mayhall), Joanie (Ashton Leigh: Frankenstein vs the Mummy 2015, Demonic 2015), Heath (Miles Doleac: Miami Magma 2011, Vacation 2015), and Silvia (Taryn Terrell: Now you See Me 2013, Jurassic World 2015) come along to help tidy up the property after the death of Sam and Mike’s parents. The property has been in the family for generations, and for quite some time, Chris’s parents Keith (Eric Roberts: The Dark Knight 2008, The Expendables 2010) and Martha (Kristin Samuelson: The Price of Flowers 2010, The Princess Wife 2011) have acted as caretakers. 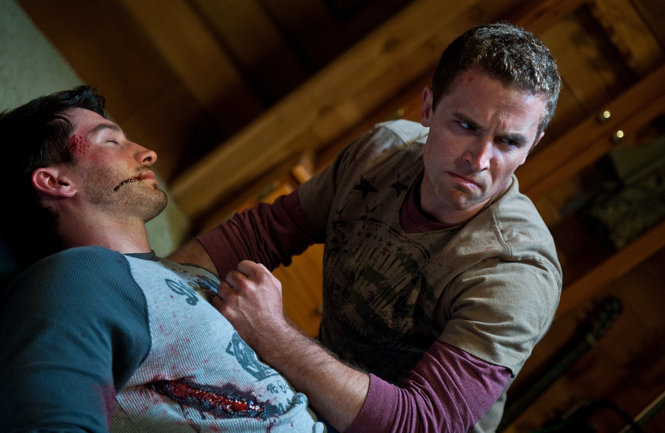 The first day and evening, the group get together and reminisce about the past and their respective futures. As a Hollywood Stuntman, Sam has a very busy life and is planning for his future with Kay. Mike has an equally hectic life, and after their parents death, Sam and Mike find they are no longer able to keep the property. This news comes as a huge shock to Keith and Martha as this effectively ends their long employment. Keith does not take the news well. The decision was not an easy one for Mike and Sam, however it appears that for someone in the group, the news is life changing. The next day, the mood around the property darkens, each dealing with the situation in their own way. When the friends start disappearing, and then killed, it is clear Sam, Mike, and the others have much bigger things to worry about than a property sale. Scene by scene, Sam, Kay, and those that remain, race to save their lives from an unseen assailant, culminating in a shocking yet thrilling climax.

Well-acted by the experienced cast, the action and dialogue are realistic and keep the pace throughout the story. Mayall does a great job at introducing each character, allowing the viewer to feel empathy and care for them before sending them on the ride of their lives. The special effects are fairly seamless and what small faults there are do not detract from the quality of the film. The storyline had the potential to be just another in the woods slaughter fest, however, with the depth of characters he has developed, Mayall injects new life into a tired scenario. 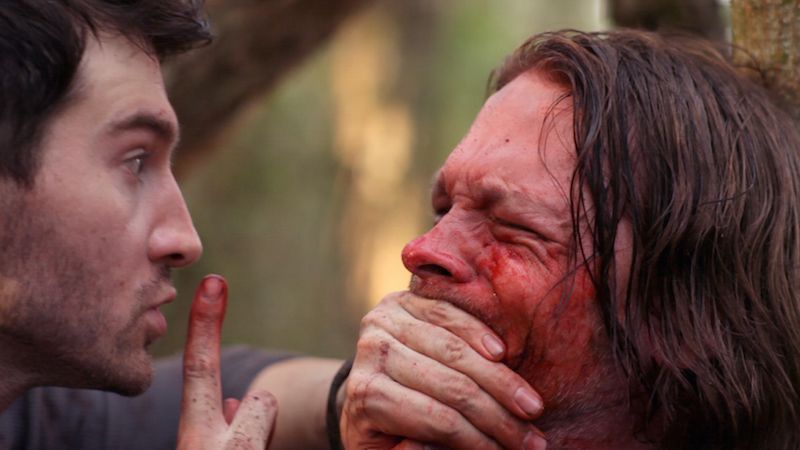 The cinematography by Nathan Tape, whose worked on such films as The Mechanic (2011), and Contraband (2012), adapts well to the tension and action contained in each scene. Tape has captured the incredible scenery and given it an ominous feel. Multi-talented Mayall is certainly one to keep an eye on in the future. A must watch, fast-paced, tightly-wound film, CrypticRock give Jake’s Road 4 out of 5 stars. 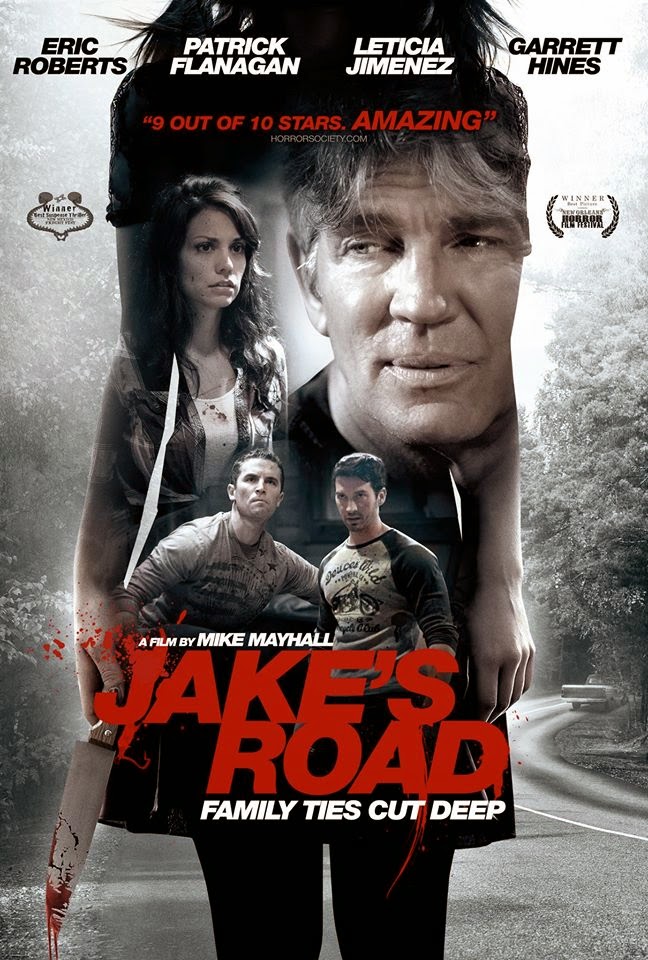