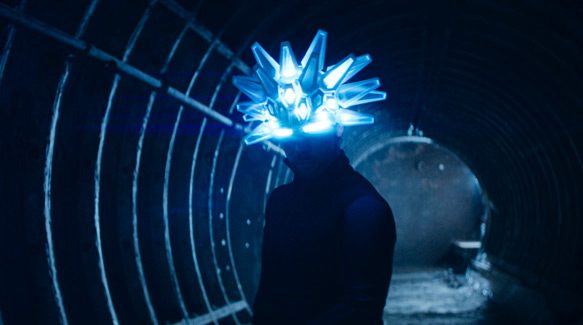 The future is made of virtual insanity and Jamiroquai are back after seven long years, so break out your funky hats, folks! Automaton arrives March 31, 2017 via Virgin/EMI Records.

Reportedly formed by Vocalist Jason “Jay” Kay – he of all those fun hats – after a failed audition with the Brand New Heavies, Jamiroquai set down their roots in 1992 in London, England. A Funk and Acid Jazz group – who would become part of this new Acid Jazz movement in the UK – Jamiroquai would get their official start when, also in 1992, founding member Kay signed an eight-album deal with Sony Music Entertainment.

This was followed within a year with the group’s first major label release, Emergency on Planet Earth. A year later, they would release their sophomore album, The Return of the Space Cowboy. Touring and airplay throughout the UK would build a strong fanbase for the group at home, as well as throughout Western Europe, Australia, New Zealand, and Japan. Unfortunately, until the release of their junior disc, 1996’s Travelling Without Moving, the group were virtually unknown in the United States.

Travelling Without Moving hit with a bang in the U.S. and Jamiroquai became best-known for their 1997 hit single/video, “Virtual Insanity.” You remember the video, right? The floors and furniture were moving, there was mirror play, a raven, and Kay was getting his dance groove on throughout the entire ordeal. Yes, there was even a silly hat! Together, the song and video – which was directed by Jonathan Glazer (Radiohead, Massive Attack) – mopped floors at the 1997 MTV Video Music Awards and went on to win a Grammy Award for Best Pop Performance by a Duo or Group with Vocals.

They followed this success with 1998’s Synkronized. With 2001’s A Funk Odyssey, however, the group would begin to establish a whole new sound; with lineup changes and inspirational shifts, their fifth studio album would be their biggest departure yet. Fortunately, it worked and the album’s first single, “Little L,” reached No. 1 on multiple charts worldwide, becoming the group’s biggest Dance hit. Sixth album, Dynamite, would repeat this success and reach No. 3 on the UK charts.

By November 2006, Jamiroquai would release a greatest hits collection, High Times: Singles 1992–2006, and their deal with Sony would come to a close. Four years later, in November 2010, the group’s long-awaited, seventh studio album, Rock Dust Light Star, would arrive, and then it would be seven long years before the band returned to the studio.

Behold, the eighth wonder of Jamiroquai’s world, Automaton, which arrives on Friday, March 31, 2017 on Virgin/EMI Records. Produced by Kay and Keyboardist Matt Johnson – who also wrote the majority of the album’s songs together – Automaton is a twelve-song exploration of similar, repeat themes from throughout the band’s career. Always intrigued with Science Fiction and the future, Jamiroquai – whose current lineup is composed around Kay, Drummer Derrick McKenzie, and Percussionist Sola Akingbola, all of whom have been with the group for over twenty years – turn toward the robotic on their eighth studio release.

Automaton begins with “Shake It On,” a stellar presentation that blends Kay’s signature vocals with a Daft Punk-esque beat that evolves into something that is Disco meets Electronic Pop. It is funkaliciousness in delicious digital: think Donna Summer meets Daft Punk on a Saturday night fever trip. There is an underlying ’80s influence at work on “Automaton,” an experimental mix of New Wave synths and EDM, all wrapped up in that trademark Jamiroquai funk. That is, until the chorus kicks in and Kay begins to sing, ironically, about having faith in a digital world and, perhaps unintentionally, name-checks Billy Idol’s “Eyes Without A Face.”

Truth be told, “Automaton” is all over the place, genre-bending and bastardizing all categorizations: this is a song that takes bits and pieces of all things fabulous, tosses them into a blender and spits out something that defies words and sonic logic. You will either love it or hate it, but definitely check out the video where Kay dons a Sonic the Hedgehog-like new hat.

Second single/video “Cloud 9” perfectly presents the ’70s Funk-flavored Jamiroquai that we all know and love, no shock, no awe: just Funk, Jazz and Pop. Walking on that mythical high, Kay sings of leaving behind a game-playing ex for a life that has never been better. For its part, “Superfresh” cycles back to the electronic experimentation with bass grooves weighted in Funk, vocal Disco vibes, and EDM elementals throughout.

If it is possible to sound cinematic, Jamiroquai does it superbly here. Kay then launches into the Funktastic dance-a-thon that is “Hot Property,” the funkadelica of “Something About You,” and the luxe summer rendezvous – complete with limoncellos, baby! – that is “Summer Girl.” Not one to be tied down to any particular sonic stylings, Kay goes on to experiment with Rap verses in “Nights Out In The Jungle.” There is a fun breakdown at the end that simulates a jungle, complete with crazy monkey sounds.

“Oooo, help me, Dr. Buzz. I’m gonna mend the world tonight, ’til it’s shining bright,” Kay croons in another funkalicious offering full of fat bass-lines and superb synths. It moves flawlessly into “We Can Do It,” classic Jamiroquai and worthy of the next James Bond soundtrack. “Vitamin” is a healthy return to the style of mega-hit “Virtual Insanity,” while album closer, “Carla,” appears to be a Dance/Funk tribute to someone’s daughter. Inquiring minds wish to know: does this kid have an entertaining hat, too?

The sounds of Automaton are full of exceptional musicianship, intense layering, and sonic genre-crossing galore. The album’s title is perfectly reflective of its sound: EDM robotics float throughout but never weigh down the band’s original blend of Funk, Acid Jazz, Electronica, and Pop, the ’70s kissing 2017 amorously.

While Jamiroquai do tend to create an overflowing, sonic gumbo, it somehow works: their sound is uniquely modern with a flagrant homage to a groovy past. Automaton is no different and while it starts off with an explosive bang, there are some moments that lack lustre; yet it is, over all, another resplendent offering from a superbly unique band. For these and so many more reasons, CrypticRock gives Jamiroquai’s Automaton 4.5 of 5 stars. 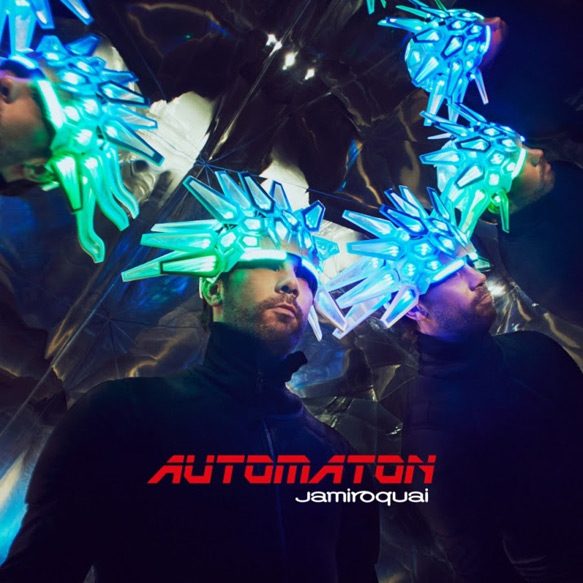 Jamiroquai will be be working their way across this wide blue orb this summer, tour dates are as follow: