Loss is one of those occasions in life that affects everyone differently; some may grieve and isolate, others might remain in denial, some require closure before moving forward, and then there are those that find themselves dwelling in that delicate place which hinges on the spot where obsession and irrationality converge. There are also many different forms of loss that people can endure. They can lose loved ones, their sanity, their grips on reality, and their wills to live, or even their senses of self, amongst many other things.

A theme that is explored throughout Jasmine in many varying facets, the Indie Psychological Thriller/Drama received a limited theatrical release in the US on June 16, 2017. Now, after spending two years on the international film festival circuit where it earned a slew of nominations and awards, Jasmine became available on DVD and various VOD platforms via Indican Pictures in July.

Released in conjunction with Shanghai Street Films, RockGinger, Ripped Pictures, Defector Films, and MaximFilms, the movie was co-written by Dax Phelan along with Actor/Writer/Producer Jason Tobin (Better Luck Tomorrow 2002, The Fast and the Furious: Tokyo Drift 2006) – who would then go on to play the film’s lead role, Leonard To. It was directed by Phelan, and was the debut feature length film of the Writer/Director/Producer who was the executive producer for the 2014 film She’s Lost Control, and is currently co-producing Orson Welles upcoming film The Other Side of the Wind – which is set to release some time in 2018.

Aside from Tobin playing the conflicted, grieving central character, Leonard To, the movie also starred Byron Mann (The Man with the Iron Fists 2012, The Big Short 2015) as The Suspect; Sarah Lian (American Pie Presents: Beta House 2007, Already Tomorrow in Hong Kong 2015) as Anna; Glen Chin (Natural Born Killers 1994, 50 First Dates 2004) as Doctor Wu; and finally Eugenia Yuan (Memoirs of a Geisha 2005, Crouching Tiger, Hidden Dragon: Sword of Destiny 2016) as Grace – who just so happens to be the daughter of martial arts legend Pei-Pei Cheng, in addition to being a former US Olympic Champion Rhythmic Gymnast.

Jasmine tells the story of what appears to be a lonely, grieving husband named Leonard To (Tobin), who becomes obsessed with solving the violent murder of his beloved wife, Jasmine. When visiting her grave one day, he observes a man from a distance placing flowers on her grave. This alarms Leonard, and after harassing the police over his wife’s unsolved murder case, he decides to take matters into his own hands and look into the man he believes to be the prime suspect (Mann). His investigation brings to light explosive revelations that he could have never anticipated, nor prepared himself for.

Jasmine does not really utilize a large cast; which can sometimes either be a film’s saving grace or Achilles heel. With limited characters, viewers should have felt like they were able to connect with the characters on a deeper level, or the protagonist at the very least, but it unfortunately felt like it fell a little flat in that area. There was a lingering vagueness, even amidst the plethora of subtle plot-revealing clues and hints. The performances themselves were satisfactory, but none really stood out as exceptional or particularly memorable.

That said, the cinematography and score excelled at creating an atmosphere of isolation, suspense, paranoia, longing, and mental decline; what with the monotony of Leonard’s life, his droning support group meetings, his attempts to self-medicate and numb the pain, unintelligible disembodied whispers, and even his own ongoing investigation – it was all filmed and composed so well. Even the concept behind the film was commendable, but somewhat easily deduced by the most observant viewers.

On the other hand, Jasmine’s pace is a little bothersome. With a score and visuals that screamed thrilling suspense, the film itself actually delivered very little on that front. The movie was incredibly slow burning; which is not always necessarily a problem, just so long as it builds to an ending that makes viewers feel like the wait was well worth it. Sadly, the payout for this film did not equally reflect its molasses-consistency drip-fed storyline.

There were minimal special effects, little dialogue, plenty of questions, and an unshakable awkwardness that made for an uncomfortable viewing at times. This is a movie that absolutely requires viewers’ undivided attention in order for them to keep up, but its pace presents slight challenges in keeping their interests. That is why CrypticRock gives Jasmine 2.5 out of 5 stars. 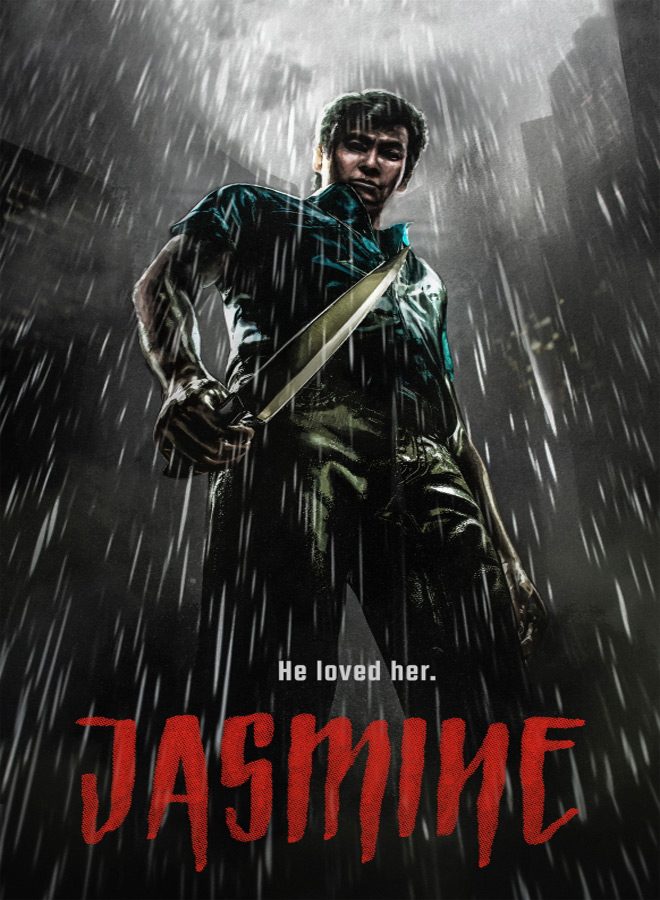