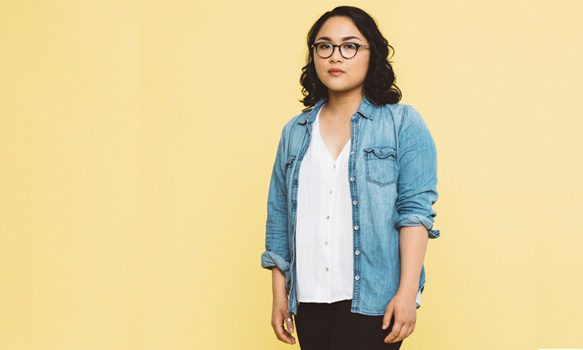 Dedication to creating a masterpiece sometimes means the artist controls each and every aspect of their music. From recording, to mastering, to producing a finished track, it can be a daunting task for man. Bay-area native Jay Som, aka Singer/Songwriter/Multi-instrumentalist Melina Duterte, has been furthering her career little bit by little bit, carefully cultivating her sound and image in a skillful manner not usually found in artists her age.

At just twenty-two years of age, Som’s voice, at first, sounds like a blushing teenager, but upon further listen, there is a heavier, mature sound underneath. Originally having released nine demo tracks on her bandcamp page, she eventually put them all together to make up her successful 2016 album, Turn Into.

A re-released collection of songs, Turn Into brought Som into the spotlight quickly, she found herself a record label and toured with the likes of Mitski, Japanese Breakfast, as well as Peter Bjorn & John, to name a few. So where does the bright, talented musician go from here? Simple, she takes the next step with her proper debut album, Everybody Works, set for release on March 10th via Polyvinyl Records.

Self-made, written, recorded, produced, and mastered in her home-built studio, Everybody Works opens on a raw, yet sweet note with “Lipstick Stains.” A mellow start, slow, drawn out vocals come in late on the track, offering a sense of openness. Filled with filtering sunlight memories, the album’s first single, “The Bus Song,” comes in with a bouncy beat. Creating visions of a carefree afternoon, the delightful song gives way to the 1970s styled intro on “Remain.” Haunting and dreamy, the later song feels like a first heartbreak when the instrumentals mix in fully with Som’s heartfelt words. Taking a sharp turn, “1 Billion Dogs” is much heavier, and while still having a Pop lead, it is strong and defiant.

Nice to hear the varied emotions of Som as a songwriter, she quickly returns to the laid-back attitude of the rest of the record with the smooth, jazzy “One More Time, Please.” Purposely recorded with a rough sound quality, this tactic lends to the track’s more serious vibe. Then, slightly more quiet, “Baybee” draws a picture of a girl walking down the street on a mission. Dressed with colorful guitar work and keyboards, it is just another example of Som’s delightful songwriting ability.

Digging deeper, “(BedHead)” dives into darker emotions, perfect for a rainy day. Creating a sense of uneasiness at first, soon Som’s voice comes in to ease the discomfort and slowly wake the groggy mood. Next up, “Take It” yanks the audience back into Pop Rock tones with a deceptively upbeat hand. Then the struggles of adulthood are sweetly showcased by Som on the title track, “Everybody Works.” While lyrics speak of struggling to make a living and the harsh realities of it all, the beat remains very hopeful and positive. Som then winds the album down with the sleepy “For Light.” Over seven minutes in length, it is slow and meditative, building in layers prior to ringing out final distant notes.

Jay Som’s Everybody Works delivers dark and serious messages wrapped in feel-good packaging. Recorded from her home’s bedroom, the lower quality textures are done so masterfully that the album feels incredibly fresh and new. Amazingly, Som ditched many of her previous demos and wrote much of Everybody Works prior to recording the album. A fun listen, Som’s vocals are understated while simultaneously clear and inviting. An extremely talented, young musician, Jay Som raises the bar for do-it-yourself singer songwriters. For these reasons, CrypticRock gives this dreamy Pop exploration of Everybody Works 5 out of 5 stars. 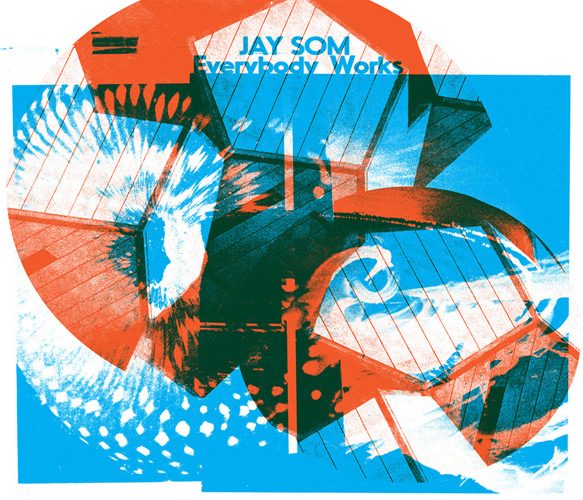