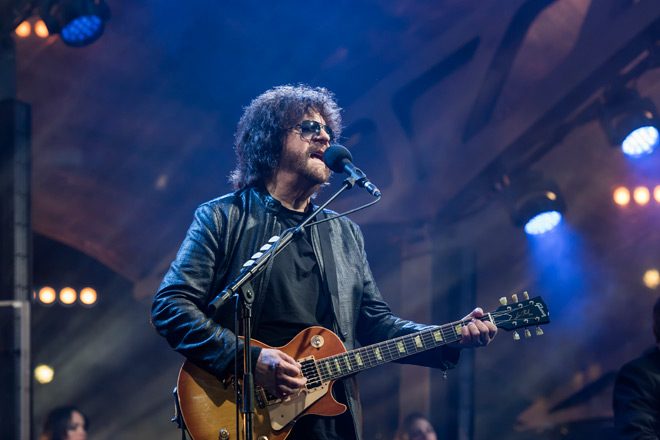 Inarguably, Electric Light Orchestra (ELO) is one of the most familiar names in the annals of Progressive Rock, with its slew of chart-topping singles that included “Strange Magic,” “Shine a Little Love,” “Last Train to London,” and the U.K. number-one hit “Xanadu,” which the band recorded with the English-Australian singer Olivia Newton-John on lead vocals for the soundtrack of the 1980 musical film of the same title. The band was formed in 1970, in Birmingham, England, by songwriters/multi-instrumentalists Jeff Lynne and Roy Wood with drummer Bev Bevan, and is armed with a discography of thirteen studio albums, from 1971’s self-titled to 2015’s Alone in the Universe.

Since its resurgence in 2000, the music and legacy of ELO has been taken yet again back to the road, the charts, and the stage by the band’s revitalized, longtime Band Leader/Lead Vocalist Lynne with a backup of new musicians, to the delight and warm welcome of the band’s long-time and newfound fans. The success of Lynne’s revived version of ELO, which peaked with the album of new materials in 2015 under the moniker Jeff Lynne’s ELO, has resulted in the decision to release on CD/DVD the band’s June 2017 concert at Wembley Stadium in London, England.

Unleashed on November 17, 2017 through Sony Muisic, the live album, titled Wembley or Bust, opens with the symphonic “Standin’ in the Rain,” taking the listener back to 1977’s Out of the Blue, one of the band’s most commercially successful albums. This is followed by the Classic Rock sound of “Evil Woman” and then by the Disco/Gospel-inspired “All Over the World,” originally from the soundtrack of Xanadu. The mood slows down and treks farther back to the early ’70s with “Showdown,” and the beautifully-orchestrated, Flamenco-influenced Progressive classic “Livin’ Thing” follows next. The ecstatic reception of the audience was noticeable in the rendition of the heavy stomper and melodic Pop/Rock song “Do Ya.”

Lynne then takes his listener on a nostalgic ride with the rustic sound of the orchestral ballad “When I Was a Boy,” which is actually a new song, culled from the last ELO album of 2015. A special treat comes in the form of “Handle with Care,” a song that Lynne co-wrote with George Harrison, Roy Orbison, Tom Petty, and Bob Dylan when they were the super-group Traveling Wilburys from 1988–1991.

The next tracks are again a trip back to the funky and glittery Disco/Pop memory lane of the late ’70s to the early ’80s—“Last Train to London” and “Xanadu”—only to be pushed yet again into ELO’s ’70s Rock-n-Roll/Progressive combo phase with “Rockaria!” The light then dims and the emotions become sentimental as the string-heavy ballad “Can’t Get It Out of My Head” closes the album’s first part.

Opening Disc Two of Wembley or Bust is the well-loved and much-awaited “10538 Overture,” which was ELO’s first-ever single, released in 1972 as part of its self-titled debut album. The energy rises with the robotic, upbeat, and melodically poppy slant of “Twilight,” which shares similar sensibilities with other Progressive Rock bands that dabbled also in New Wave in the advent of the ’80s, such as Styx (“Mr. Roboto”), Rush (“Subdivisions”), and Emerson, Lake & Palmer (“Love Beach”).

Lynne, with the rest of his ELO, shakes the listener again with the guitar-spiky rocker “Ma-Ma-Ma Belle” and the Disco Funk of “Shine a Little Love.” The piano-led Pub Rock ballad “Wild West Hero,” plays next, which may remind the initiated of some of Queen’s songs, those which found Mercury and the rest of the Bohemian champions hopelessly romantic, like perhaps “Love of My Life.” Another crowd favorite is the textured “Sweet Talkin’ Woman.”

The piano shines through in the heartrending “Telephone Line,” which has surely sent couples at the actual concert into a tight embrace. After this body merger, Wembley is roused up again with the rolling rhythm of “Turn to Stone” and then with the good ol’ four-on-the-floor, Stars-on-45-reminiscent Rock-n-Pop beat of “Don’t Bring Me Down.” Near the end of the line, “Mr. Blue Sky” – the fifth song to be chosen from 1977’s Out of the Blue – uplifts the spirits of the listener.

Finally, Lynne and his remarkable musical ensemble – “complete with bells, whistles, and spaceships in front of the mesmerized concertgoers” – wrap up their electrifying and laser-lit show with ELO’s elaborate and engaging reworking of the Chuck Berry original “Roll Over Beethoven,” certainly satisfying the 60,000 capacity crowd.

Lynne himself has said about the Wembley experience, “It’s the best time I ever had in music.” And now, with the legendary concert having been captured on record, both fans of ELO and the entire Progressive Pop/Rock community itself will definitely regard Wembley or Bust as a magnificent musical adventure, from beginning to end. CrypticRock gives Wembley or Bust 4 out of 5 stars. 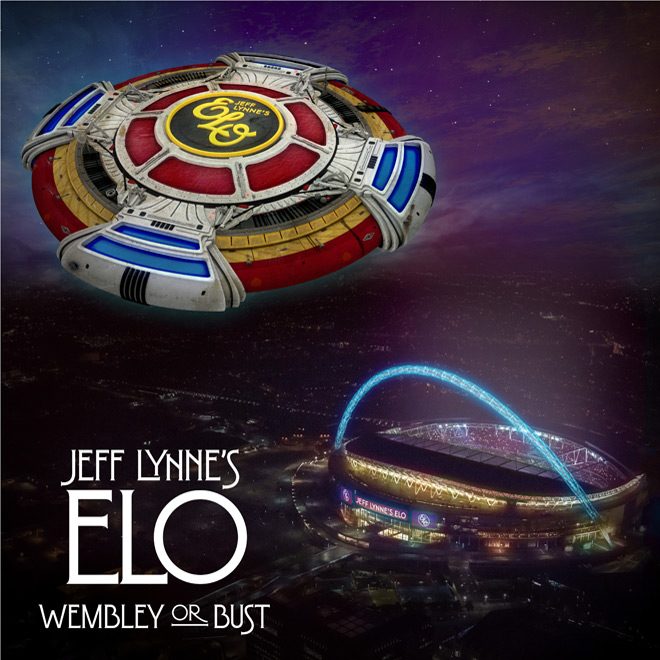