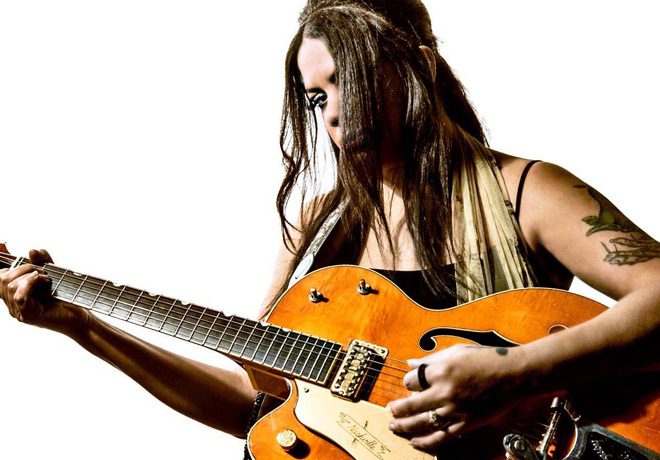 For every Britney Spears, Lady Gaga, or Rihanna, there are a good number of equally talented and driven, if not more musically proficient artists who are operating in the sidelights waiting for the opportunity to burst like sparkling confetti in the commercial stronghold of the ever elusive international music arena. One of these deserving artists is Jen Gloeckner, an Iowa-based American singer-songwriter who has been concocting various hues of avant-garde Pop music since the early 2000s—the kind which may remind the initiated of the Trip-Hop and Electronica excursions of the likes of Mazzy Star (“Fade into You”), Portishead (“Sour Times”), and Massive Attack (“Teardrop”). To date, Gloeckner has released three studio albums: 2003’s Miles Away, 2009’s Mouth of Mars, and her latest offering, Vine.

Released on April 14, 2017, via Spinning Head Records, Gloeckner’s third album is an aural adventure into the dark and moody corners of Electronic Pop. It begins with the spacey, swirling allure of the title track—a fitting mood setter for a quiet, romantic rendezvous in a corner of a hazy cocktail lounge. The breezy calmness flows into the rhythm of the slightly fuzzy “Fireflies (War Dance).” Then, the ensuing “Breathe” lifts up the tempo a bit, prepping the listener to the ethereal and enigmatic shots of “Ginger Ale” and “The Last Thought,” both of which exude a similar charisma of the Celtic-inspired Clannad (“The Poison Glen”), Enya (“Caribbean Blue”), Sarah Brightman (“In Paradisum”), and even Cocteau Twins (“Eperdu”).

The mid-album track, “Blowing Through,” may be regarded as Vine’s highlight, showing effectively Gloeckner’s ability to weave also proper ballads amidst her penchant for experimental, ambient music. Continuing on, there is the aptly titled “Counting Sheep,” whose shimmery drops of heavenly Dream Pop manna will remind a connoisseur of this genre of bands like Cranes (“Starblood”), My Bloody Valentine (“Only Shallow”), Pale Saints (“Fell from the Sun”), and The Heart Throbs (“Dreamtime”), albeit expressed in less abrasive terms.

“Prayers” is a change of pace; upbeat, pulsating, and haunting. Following next in slow predisposition is the piano-led, somber song “Colors,” whose title is indirectly proportional to its lyrical shades of grayness. The penultimate track, “Row with the Flow” returns the listener to the album’s overall atmospheric, New Age tendencies—with a cameo guitar role by John Ashton of The Psychedelic Furs (“The Ghost in You”). Finally, Gloeckner wraps up Vine with “Sold,” another satisfying slab of slow balladry.

Any music enthusiast whose sonic preference resides in the cryptic, pensive, and dreamy silver linings of Pop will surely be sold to yet another Gloeckner foray in an experimental style of psychedelic music – best characterized by shimmery and starry-sounding guitar works, synthesizer flourishes, subtle bass lines, laidback drum beats, and dreamy vocal harmonies. Now, one should be able to realize that Gloeckner is, after all, incomparable to Spears, Gaga, or Rihanna; for she rather finds sweet comfort in aligning herself instead with the deeper and more cerebral purveyors of Pop music. For these reasons, CrypticRock gives Vine 4 out of 5 stars. 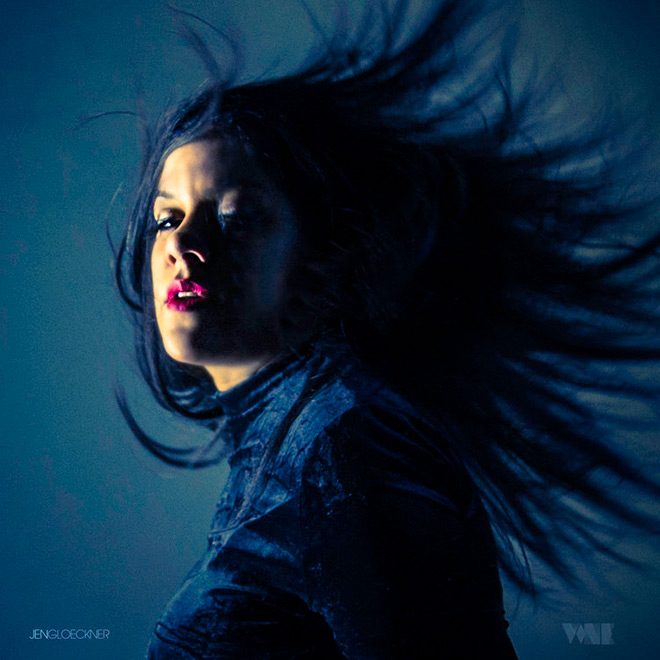