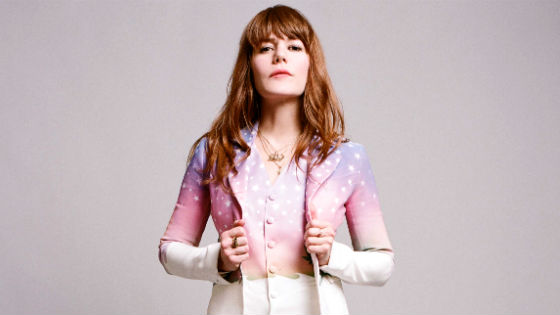 The Voyager is the latest solo release from femme fatale singer Jenny Lewis and is a strong comeback after splitting with her band Rilo Kiley.   Before critiquing Lewis’ third solo effort, it is important to understand the artist behind the music. Starting Rilo Kiley, collaborating with her boyfriend Blake Sennett back in 1998, beneath the bright sunny skies of California, the band hoped of being a female led act that dominates the world.  Unfortunately, four albums into their career they slowly saw those dreams were becoming vague in the imagination as it set a toll on the rest of the band, and they soon split in 2011. Lewis, having already established herself solo, wrote The Voyager shortly after this breakup, followed by the untimely death of her estranged father. She began to sink into herself and this album became her release and her savior.

The Voyager starts out with a song called “Head Underwater” featuring lyrics that discuss insanity and the feeling of caving in, to the point of losing sleep and contemplating mortality. Throughout the instrumentation and the vocals, the song displays a state of confusion and loss in one’s place in life, as Lewis experienced. It brings on a sense of hiding feelings, which became apparent as Rilo Kiley was facing its end. This album is, in full, Lewis and the lyrics from the get-go give the sense that the rest of the material to follow will be just as honest and as sincere as the first song. Lewis brings hope to this song when she states that everybody has a little bit of magic, as she saw a light at the end of the tunnel after all the ordeals that she was going through at the time.

The next song, and single, entitled “She’s Not Me,” is about something everyone goes through and that is the sense of feeling that they are better than the person that their ex-companion is with. Throughout the song, there is a ’70s guitar strum pattern remaining constant and it is quite catchy. The song also lyrically shows a sense of regret, in the aspect of cheating. “She’s Not Me” is the perfect song to listen to when in relationship troubles and is extremely relatable.  Following is the first single off the album titled “Just One of the Guys,” which has already gained a lot of buzz after the release of the official video starring Anne Hathaway, Brie Larson, and Kristen Stewart as they join Lewis and her drummer, Joy, as they dress up as guys, wearing Adidas men’s track suits and sported short wigs and fake mustaches. Clever and eye-catching, the video is a light whimsical tribute to girls attempting to understand men. Understandably, the track is the first single because it is so catchy and easy to tap one’s foot to. All girls want to feel like they are part of the comradery of a group of men. As women, no matter how hard they seem to try, it is hard to work out. The song is believed to be rooted to Rilo Kiley and the feeling of separation between the band and Lewis after the split between her and her guitarist, boyfriend, Blake Sennett, also known as “Joey the Rat” from the popular sitcom Boy Meets World.

The album flows on smoothly with other tracks like Weezer-style tune “Slippery Slopes” where Lewis continues to sing affectionately and release her thoughts vividly.  Perhaps one of the most haunting musical tracks on the album is “You Can’t Outrun Em” which takes on a classic Fleetwood Mac type vibe with atmospheric keys and tingling chorus.  Continuing along the journey of musical exploration, “Aloha & the Three Johns” displays an array of sounds, mixing Hawaiian flare and honest lyrics.  The track exhibits Lewis’ ability to push the envelope a little further without fear.  With so many areas already covered, The Voyager settles down slowly with closing title track that features full strings, echoing vocals, and acoustic guitar.  Conveying a message to the listener that we all traveling through this life with hopes and dreams but must not let the surrounding world bring us down.

The Voyager remains true to the Lewis style, and it becomes more obvious that her style has matured from 2008’s Acid Tongue. She has gone from her folk alternative roots to twist of generational sounds which fits her perfectly. This album truly comes from the heart and gives listeners a glimpse into Lewis’ life experiences as she has grown up and become a stronger person and artist.  CrypticRock give The Voyager 4 out of 5 stars. 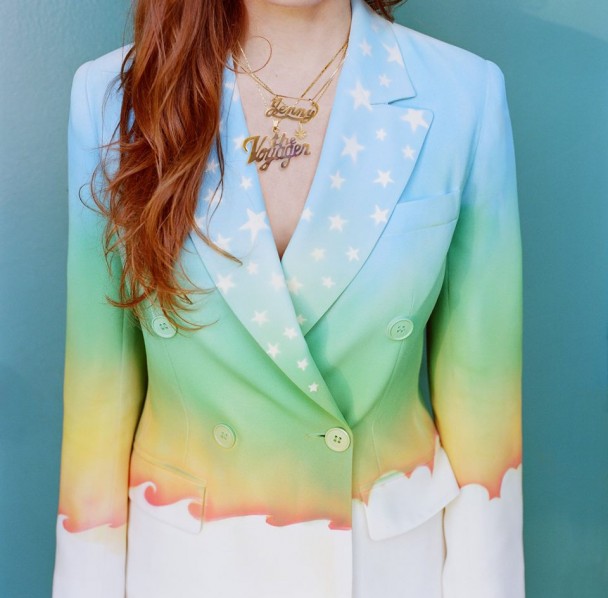 You Me At Six – Suckapunch (Album Review) Melissa Etheridge – One Way Out (Album Review)
Like the in-depth, diverse coverage of Cryptic Rock? Help us in support to keep the magazine going strong for years to come with a small donation.