Movie lovers would be hard-pressed to find a more divisive trope in Horror films over the past 10-15 years than that of Found Footage. Sometimes labeled as its own genre, arguably a misplaced label, there are a noticeable number of Horror fans who are turned off by them and even refuse to watch. That leads to the discussion of Israeli Horror film JeruZalem, written and directed by the Paz Brothers (Phobidilia 2009 , Temporarily Dead 2014), starring Danielle Jadelyn (Folie a Trois 2013 short, Awake 2013 short), Yael Grobglas (Jane the Virgin TV series, Rabies 2010) and Yon Tumarkin (Hatsuya TV series, The Island TV series). Receiving a limited release in the US on January 22, 2016, the film flew a bit under the radar for many fans, but despite any misgivings viewers may have about Found Footage, JeruZalem is well-worth their time. 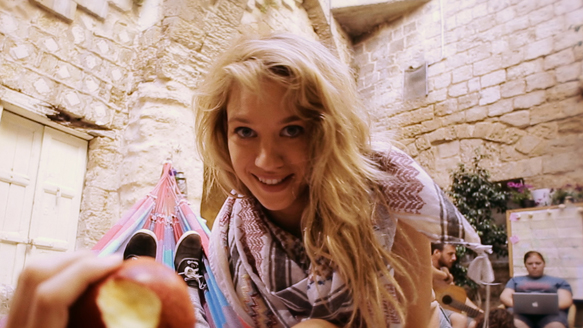 The film sets a good tone from the start, opening with a quote from the Talmud which says that there are three gates to hell on Earth, the last one being in Jerusalem. We are then shown some stock footage of a reported demonic possession from 1972 where an exorcism is being performed on a possessed woman. Hard to tell if it is a success or a failure, because the end result is not like anything viewers may have seen before in an exorcism, but it is a sign of things to come. The film properly centers around two young, female American tourists on their way to Tel Aviv for vacation.

Rather than a hand-held camera, the protagonist, Sarah (Jadelyn), is given a pair of Google Glasses from her father, which allows her to issue voice commands for snapping pictures, Face-Timing, and a somewhat alarming ability to scan any stranger’s face to bring up their social media accounts. What is effective about this choice is that it disarms a common criticism of Found Footage films where the viewer wonders why the character does not just drop the camera. At Ben Gurion airport, Sarah and her friend Rachel (Grobglas) meet another American tourist at the airport, named Kevin (Tumarkin), who convinces them to forgo Tel Aviv and accompany him to Jerusalem instead. 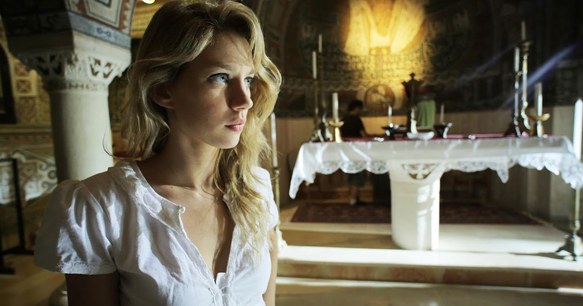 The rest of the first half of the movie focuses on the characters exploring the ancient city. They stay in a Muslim owned hotel and befriend Omar (Graziani), the twenty-something nephew of the owner, who takes them around, doing things typical of young, adventurous tourists like dance clubs, bars, and other nightlife activities. One of the appeals of the film is the setting – from wide shots of the skyline and ancient architecture, to close up walks down the twisted alleys and numerous holy sites, exploring Jerusalem through Sarah is interesting and serves as a good foil to a first half of very familiar character building that offers little in the way of innovation. Despite the overused stereotypes like horny and naïve young Americans in a foreign land, this portion of the film is bearable because of the unique setting and general likability of the characters. Omar is friendly and gracious, and the characters all have good chemistry together and never really feel like the utterly unlikable cabin-in-the-woods teenagers that are usually written for these films.

The second half is where all the action takes place, and once it starts it barely lets up for a minute. This is where the main problem of the movie lies as well, because in a film that teased demons, we are instead given mostly infected humans, who turn mad with rage and sprout wings, but ultimately serve as fast Zombies. There are demons as well; most notably a giant of epic size which stomps around the city and is occasionally seen with its head and chest high above even the tallest buildings, but viewers going in expecting a primary focus on genuine hell beasts may feel that the film never fully commits to it. Still, the action is good and the tension is effective. 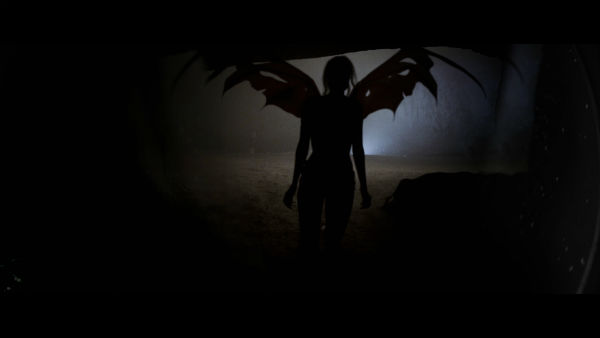 Even though the film may miss a few of its notes, it hits on many of them as well, and that is what viewers will have to consider before watching this. Yes it has many typical character building tropes that may seem tiresome, but they are handled well and never feel like a burden. The promise of full-fledged demonic action never quite hits the peak viewers might hope, but the Horror is still effective and will work for most fans of biblical or demonic Horror themes. Unless one is a fan who is completely done with Found Footage films, JeruZalem is worthy of giving a shot. It may not break any new ground, but it does not hold the genre back at all, and at its best, is effective in what it wants to do. CrypticRock gives this movie 3.5 out of 5 stars. 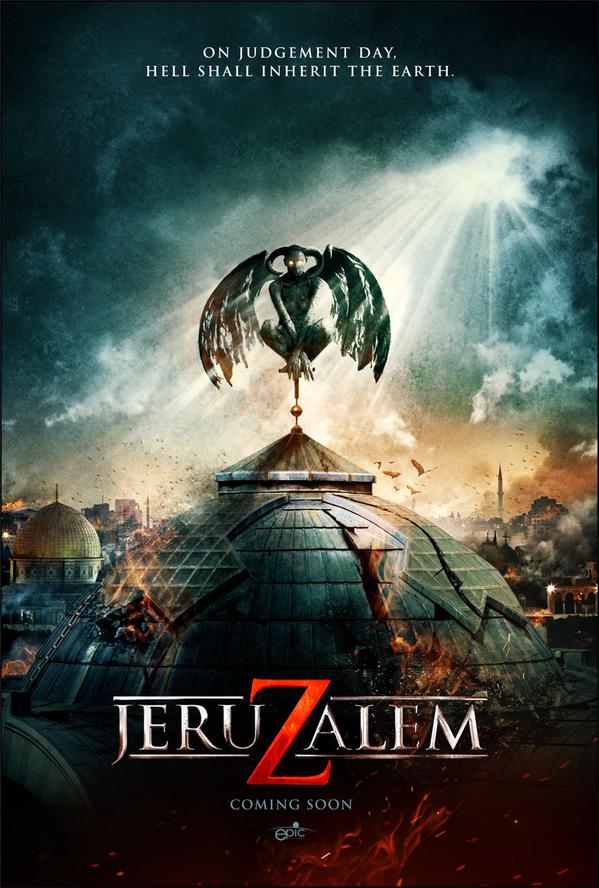