Jessabelle is the latest Horror movie to be declared this year through Lionsgate Films. The film is set in the deep south on the bayou.  It is the story of a girl named Jessabelle (Sarah Snook: These Final Hours 2013), or Jesse for short, who has already experienced a difficult life. She was just about to move in with her boyfriend when they were involved in a terrible accident. He died, and she was left in a wheelchair with months of rehab before she was able to walk again. Her mother died after she gave birth to her, her father left her and the Aunt who raised her is also dead. Jesse has no choice but to contact her father, who comes to get her from the hospital and to take care of her while she recuperates. 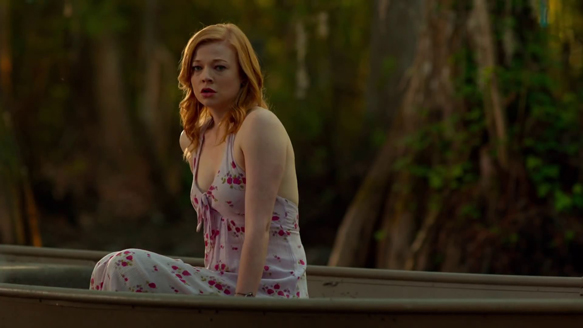 When they arrive at her old family home that is backed into the bayou, Jesse has to make some big changes and adapt to living with her father. The house is quite large, but due to her restrictions in movement, her father, Leon (David Andrews: World War Z 2014), places her in her mother’s bedroom on the first floor. It is not clearly revealed why they had separate bedrooms, but as the film progresses the viewer will reach their own conclusions. Leon works during the day, leaving a lot of alone time for Jessabelle in the big, spooky house. Jessabelle starts looking around the bedroom and finds a few belongings of her mothers, including some old video tapes that her mother made for her while she was pregnant. This both surprises and somewhat scares Jessabelle, seeing her mother speak to her from the grave so many years after she died.

Leon catches her watching one of the tapes and gets very angry. He destroys the tape, and pushes Jessabelle’s wheelchair into the lake, only later to apologise. Jesse lies and tells her father there are no more tapes, but continues to watch them in secret only to be caught again. Each time Jesse watches a tape or has a terrible nightmare, strange things start happening to her and those around her. Not long into her stay in her old family home, Jesse finds herself alone for good, but runs into an old friend and paramour, Preston (Mark Webber: 13 Sins 2014). Jesse enlists Preston’s help to get to the bottom of the bad dreams, strange noises and horrible visions. They go to see Mrs. Davis (Fran Bennett: Numb3rs 2009), the lady that used to cook and clean for Jesse’s parents, who initially is pleased to see them. But when she finds out who Jesse is, her attitude changes and she begins acting strangely and irrationally, grabbing at the pair. 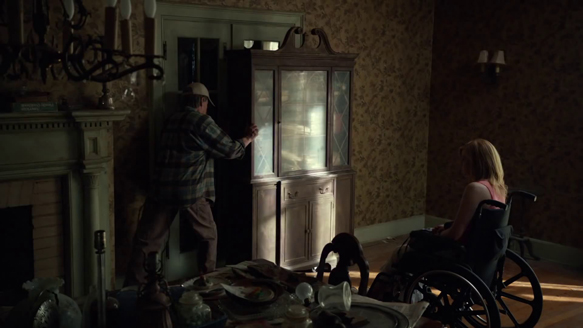 Strange lights in the bayou that evening convince Jesse that she and Preston must go to investigate which reveals some of the locals beliefs in voodoo. They have placed tributes, sacrifices and charms on the other side of the lake. Jesse and Preston barely survive and they report their findings to local Sheriff Pruitt (Chris Ellis: The Dark Knight Rises 2012) who reveals some confusing and painful information, results that effect Jesse in a way neither she, nor the viewer, would see coming. Steeped in old traditions and religions, Jessabelle is a deeply intense and rich movie, with plenty of twists and turns that drive the story forward. Australian Actress Sarah Snook does a fabulous job as Jessabelle, and shows a diverse acting range. The viewer feels each emotion Jesse feels, and roots for her at each challenge she faces. When the truth is finally revealed, Jesse again adapts easily to the changes. 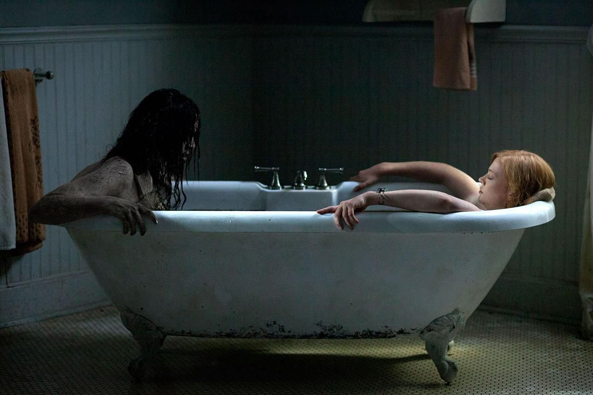 With similarities to 2005’s  The Skeleton Key and Wes Craven’s 1988 film The Serpent and The Rainbow, Jessabelle is an intriguing, spooky and captivating story, exceptionally well acted by a small cast. The scenery of the deep south is spookily beautiful, creating a very creepy, lonely atmosphere with danger lurking around every corner. An excellent version of a Horror movie, one to watch with the lights off.  CrypticRock gives Jessabelle 5 out of 5 stars. 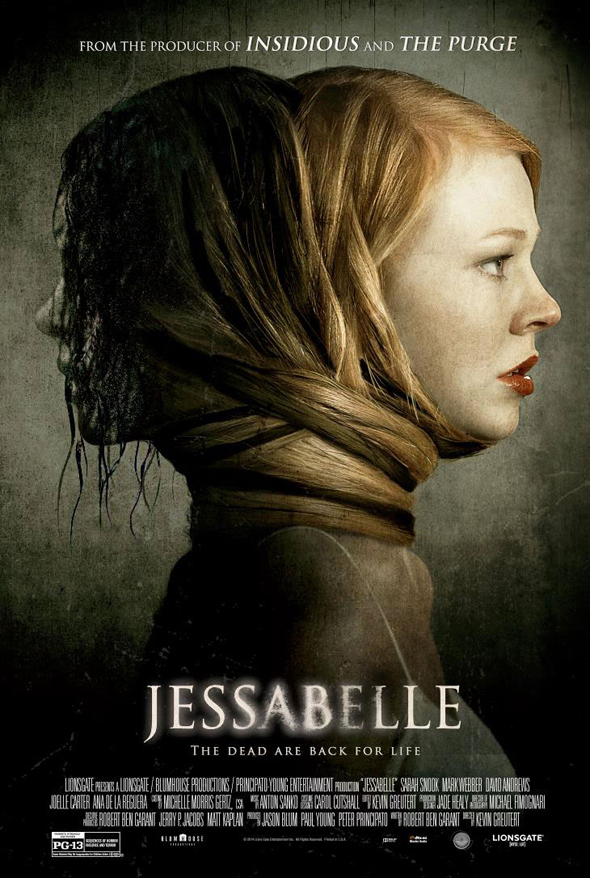 Pre-order Jessabelle on Blu-Ray/DVD on Amazon