The Jesus and Mary Chain – Damage and Joy (Album Review) 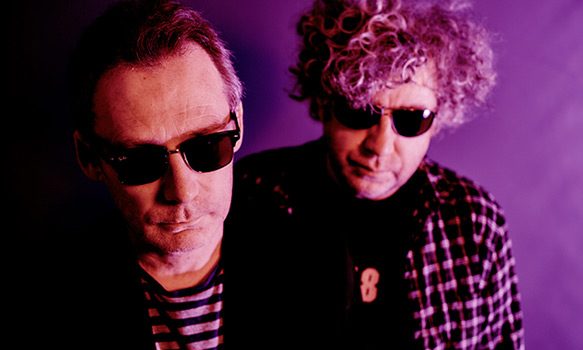 Certainly one of the most important bands to have emerged from the Alternative Rock scene in the late ’80s, The Jesus and Mary Chain’s music best characterized the genre Noise Pop; which may be delectably described as an éclair of guitar feedback and distortion overload filled with sugarcane hooks and syrupy melodies and topped with cool, relaxed, low-mid twin vocal styling.

The then-fledgling style of music subsequently catapulted into the mainstream as other beautifully noisy bands like Sonic Youth (“Star Power”), My Bloody Valentine (“Feed Me with Your Kiss”), and Dinosaur Jr. (“Start Choppin’”) began to rise.

Formed in 1983 in East Kilbride, Scotland, The Jesus and Mary Chain revolves around the core of the brothers Jim (Lead Vocals) and William Reid (Guitars, Vocals). Prior to their eventual split in 1999, The stylistic path of the duo seemed to align with what the scoopery-oriented media had long wrought about them – from the deafening noise and tumultuous gigs in their early days to the mellowing down and acoustic tripping in their latter days.

All this in mind, the six album discography that The Jesus and Mary Chain was able to unleash during their original existence – from 1985’s debut, Psychocandy, to 1998’s Munki, a good sixteen years’ worth of beautiful noise art – clearly shows this sonic progression.  Despite the relative maturation and taming of their music, the seminal band’s irreverence for whatever commercial standards the music industry at large has set remained apparent.

Currently backed up by Scott von Ryper (Guitar), Brian Young (Drums), and Mark Crozer (Bass), the Reid brothers reformed The Jesus and Mary Chain in 2007 and started performing actively again, especially on the festival circuit.  It would took them another decade before they would finally get to release a follow-up to their last album.  Slated to be released on March 24, 2017 via ADA/Warner Music Group, Damage and Joy is The Jesus and Mary Chain’s seventh addition to their oeuvre and a continuation of the subtly noisy, and nevertheless melodic, excursion of its nineteen-year-old predecessor.

Damage and Joy begins with the customary shoegazey swirls and feedback flight of “Amputation,” followed by the slow drone of the oxymoronically titled “War on Peace.” The driving beat and sense of urgency of the ensuing “All Things Pass” takes the listener on a nostalgic trip down to the ebullient Alternative Rock scene of the mid-’90s, recalling equally exciting but more upbeat Grunge-glazed Guitar Pop bands such as Sugar (“Helpless”), Smoking Popes (“Rubella”), The Posies (“Solar Sister”), Sloan (“Lemonzinger”), The Lemonheads (“Dawn Can’t Decide”), and Too Much Joy (“Donna Everywhere”).

Perhaps regarded as the album’s highlights, the acetic/saccharine triumvirate of “Always Sad,” “Song for a Secret,” and “The Two of Us,” with their male-female vocal interplay, are sonic throwbacks from 1995’s Stoned and Dethroned.  Albeit instead of Hope Sandoval serving as the muse, it is Isobel Campbell’s mellifluous croons that grace some of the band’s new songs. (What else could a ’90s Alternative Rock aficionado ask for?)

“Los Feliz (Blues and Greens)” and “Mood Rider” return the listener to the typical slow crunch predisposition of The Jesus & Mary Chain, reminiscent of the dark and melancholic moments of Darklands (“Deep One Perfect Morning”) and Honey’s Dead (“Almost Gold”).  Then there are the engaging, straightforward, catchy hook of “Presidici (Et Chapaquiditch),” “Get On Home,” and “Facing Up to the Facts,” all of which sound like remnants of the post-modern angularity of Munki.  “Simian Split” is a different beast, owing to its slightly Techno/Industrial beat and dissonance that resonates similar noises by Sonic Youth (“100%”), The Smashing Pumpkins (“Cherub Rock”), Ned’s Atomic Dustbin (“Walking through Syrup”), Cranes (“Starblood”), Chapterhouse (“Satin Safe”), and Zwan (“Ride a Black Swan”).

Another upbeat, poppy song, “Black and Blues,” comes near the end of the album, which features the fresh and contemporary American Singer-Songwriter Sky Ferreira. Finally, Damage and Joy concludes with the subdued mid-tempo “Can’t Stop the Rock.” Indeed, The Jesus and Mary Chain could not stop their trademark brand of melodic Noise Pop/Rock, surely to the pleasure of their fans and the genre’s enthusiasts.

In a nutshell, The Jesus and Mary Chain’s new batch of songs sounds only a bit like their initially impenetrable ’80s-birthed noise, and more like the aural accessibility that they developed in the ’90s. After all, based on the band’s entire outputs and on the brothers’ sentiments during many interviews – that they wanted to give their music an opportunity to be heard without relying too much on distortion and feedback – Damage and Joy is a proper reflection of this long-expressed honest, musical projection.

Old fans who got stuck in the ’80s music of the band might be disappointed with the album’s lack of the extremely wild chaos of The Jesus and Mary Chain’s youthful heyday. On the other hand, those who have always been  in-the-loop with the band’s clear trajectory will, no doubt, delight in the balanced cast of light and shadow, and mastered blend of melody and cacophony of Damage and Joy. For all of these reasons, CrypticRock gives The Jesus and Mary Chain’s Damage and Joy 4 out of 5 stars. 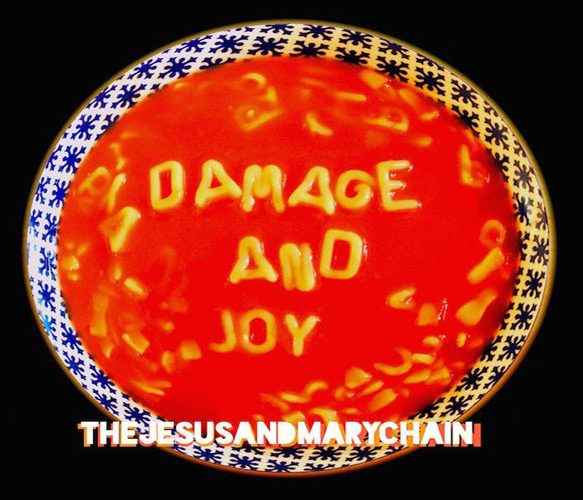