In 2004, the world was introduced to Jigsaw and his game. People were seemingly picked at random and forced into potentially fatal, yet survivable at a cost traps. The rules are simple. Face your sins, fight, and you will survive. Redemption. Salvation. Rebirth. All of these are the ultimate prize of winning the game. The only way to win is to purge and become a better person with a new lease on life. Now thirteen years after his initial introduction, Twisted Pictures and Directors Michael Spierig and Peter Spierig (Undead 2003, Daybreakers 2009) have continued his legacy with the latest installment of the series, Jigsaw. This new addition was released in theaters on Friday, October 27, 2017 via Lionsgate Films. 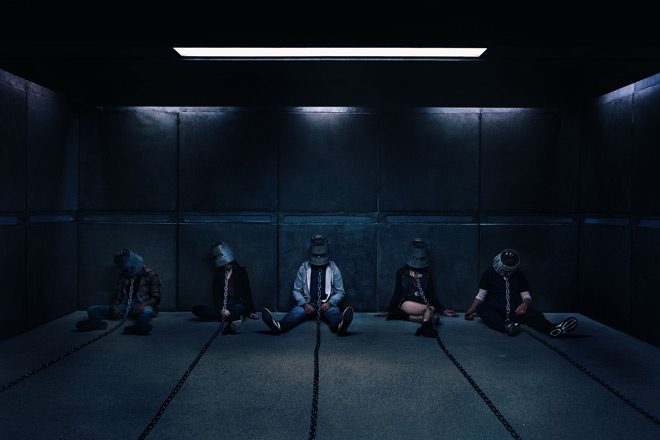 The story begins when Detective Hunt (Clé Bennett: Guns series, The Line series) leads a chase of Edgar (Josiah Black: American Bad Boy 2015, Kindergarten Cop 2 2016) to the roof of a building. There, Edgar produces what appears to be a detonation device and insists that he only wants to speak to Detective Halloran (Callum Keith Rennie: Californication series, The Man in the High Castle 2016). Edgar is frantic and tells Halloran that he does not have a choice because the game has started and he chooses himself and not the other five people to survive. No one knows what he is talking about and Edgar is shot. He survives, but is in a coma. Halloran and Hunt write it off to an isolated incident committed by a well-known drug abuser.

The first body appears almost immediately. His head is trapped in a bucket like contraption and he is found hanging in a park. Medical examiner Logan Nelson (Matt Passmore: The Glades series, McLeod’s Daughters series) and his assistant Eleanor Bonneville (Hannah Emily Anderson: Gangland Undercover series, What Keeps You Alive 2017) are tasked with the job of solving the mystery that the body has left behind.

They find the signature jigsaw puzzle piece etched out of the victim’s skin as well as a flash drive embedded in his skull. It is only then do the detectives start to realize there was more to Edgar’s frantic rambling than they initially thought. Eleanor, who has an unhealthy obsession with Jigsaw, immediately questions whether or not it could be him. Halloran and the others are not convinced. John Kramer (Tobin Bell: Saw 2004, 24 series) has been dead for ten years after all. Their skepticism turns to disbelief when the drive appears to contain the voice of Jigsaw himself. 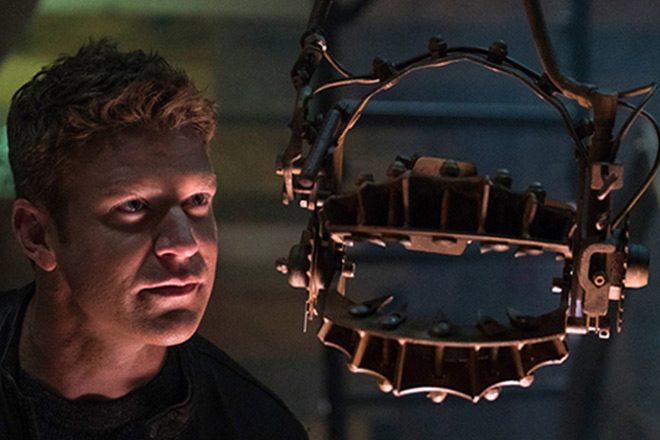 As the detectives and medical examiners try and piece together what is going on, the four remaining players of the game – Anna (Laura Vandervoort: Smallville series, Bitten series), Mitch (Mandela Van Peebles: We are the Party 2012, Roots series), Carly (Brittany Allen: All My Children series, It Stains the Sands Red 2016), and Ryan (Paul Braunstein: The Tuxedo 2002, The Thing 2011) – are fighting for their lives against various traps. Each step of the way, the voice on the tape player gives them vague instructions on what they must do in order to survive. They must fight for their own survival, but they are also in control of each other’s fate. Like players in the past, these four actively fight their current situation instead of giving into the game. There must be some other way to win instead of following the rules, right?

Bodies continue to fall. Halloran and Hunt seem to follow different paths on who they believe is the culprit. As they shift through the ever-growing evidence, Logan and Eleanor try to seek the truth themselves. Fingers point in every direction imaginable both outside and within the people inside the investigation. Every new truth revealed makes a solid case for each suspect.

John Kramer/Jigsaw is dead; yet somehow all the evidence points to his resurrection from the dead. Is it really him? If it is really him, then how? How did he escape his fatal cancer diagnosis? Where has he been all this time? Or, is it some copycat that does not want his legacy to die? If so, why? Can Detective Halloran, Logan, or anyone solve the puzzle and find out who is behind it all before it is too late? Who – if anyone – will survive? 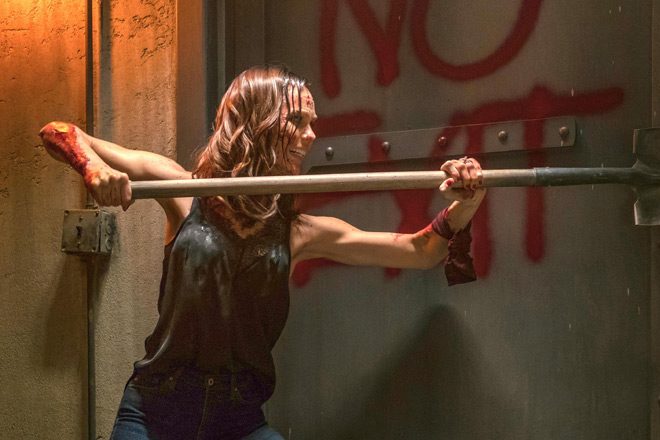 Jigsaw was always a complicated killer. His hands were essentially clean as he has never actually killed anyone, yet because of him, many people took their last breath as a result of his attempt to play God. His intentions have always been rather pure. All he wants is to help his chosen people to find forgiveness for their sins. It is the methods that he takes that are questionable. The traps this time are much more simplistic, yet each tell a vivid story painted with blood and the ultimate reason why each player was chosen.

Like its predecessors, Jigsaw weaves a multidimensional tale. The audience is introduced to several story lines and characters who are somehow all intertwined in the web Jigsaw has decided to weave. It is complicated, yet everything seems to make sense by the final reveal. As the series has progressed, secondary characters’ development have been ignored and the players deaths have been the main focus. Gore and even more cleverly intricate traps became all that mattered. While fun and highly entertaining, it left the audience to root for their deaths instead of being invested and hoping for survival. Jigsaw has gone back to the original formula, but still introduces a new way of looking at the events as a whole. Blood and gore are very much present, but those in the traps are all fully fleshed out. There are characters that allow the audience to hope for their survival as well as yearn for a bloody painful demise. This is an extremely important factor that allows the audience to feel like there is something worth staying in their seats for.

There is a certain grit and realness that is present in the film. It is inside the Saw universe, yet somehow this film feels more realistic. From the way the film is shot to the acting, it all seems as though the viewer can simply turn on the television and watch as the events unfold on the news. Gone is the cloudy haze of a pure Slasher type film. 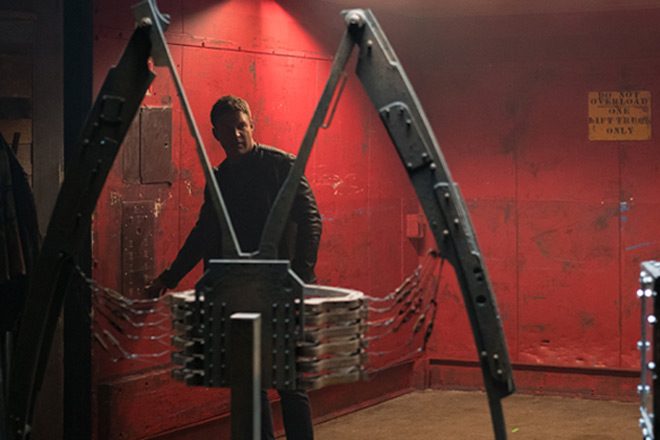 The casting of Jigsaw perfectly as if it were all a giant puzzle. There is not a single piece out of place. Bell, as always, is spectacular in his portrayal of the infamous killer. He is stoic and unaffected by the screams and blood that surround his plots; almost like a bored father unconcerned with his children’s whining during punishment.

Rennie and Passmore play off each other as though they have been struggling for dominance for years – the street-driven crooked detective and the war battled medical examiner with many scars. The chemistry that surrounds the pair perfectly help to build the tension and move the film into each twist and turn flawlessly. Even the players, Braunstein especially, bring everything to full height. His character is deeply flawed and in a dire situation, yet he is still darkly hilarious and entertaining to watch. All the other actors that are woven in the film bring something so effortlessly special that it is difficult to imagine anyone else in their roles.

Rules are important to survive. Throughout the Saw franchise, the original source material has always been present, but somewhere along the way it had forgotten what made the original so great. Fully realized characters, survivors that become champions good or bad, misdirection that leads to the ultimate shock reveal, and a healthy amount of pain and blood are all what made the series what it has become. Jigsaw has played by the rules of the game and came out reborn. It is for these reasons that CrypticRock gives Jigsaw 4 out of 5 stars. 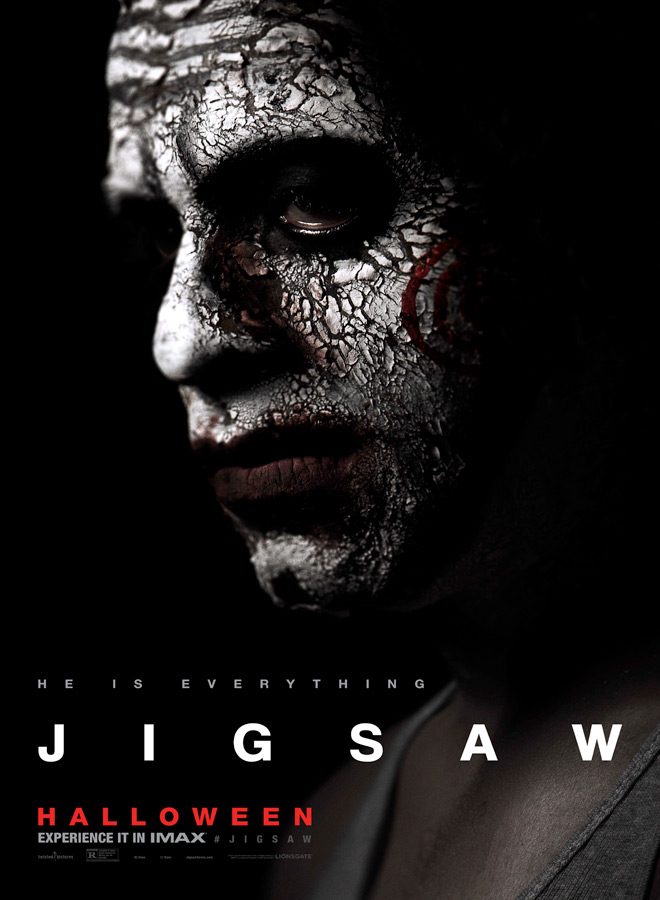 Refresh on the Saw series: