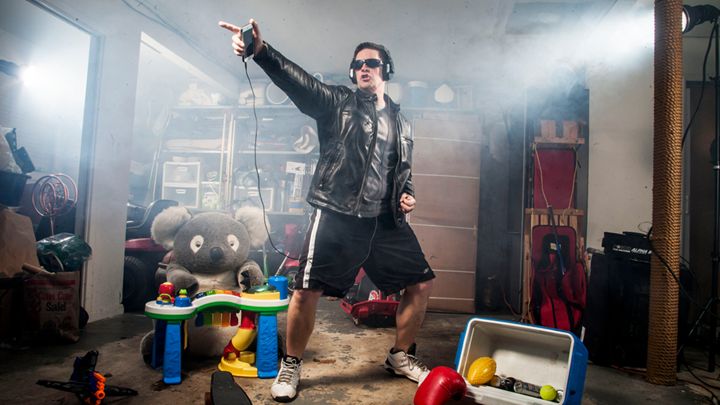 Comedian Jim Breuer has been in the biz for twenty-eight years strong, whether it has been television/film, radio, stand-up, writing, and now fronting a Metal band. Out of Valley Stream, New York, Breuer has always had a knack for entertainment, and after years of hard work, landed a spot in the cast of Saturday Night Live in 1995. A show that helped launch the careers of Comedy legends such as Eddie Murphy, Jim Belushi, and Dan Aykroyd, for three seasons, Breuer created characters like Goat Boy, the goat/human half and half, who hosted the fake MTV show “Hey, Remember the 80s?”

As Breuer’s stardom launched to greater heights, he began to work in TV/film, and in 1998, played a key role in the hilarious film Half Baked. Always driven by a love for Rock-n-Roll and Heavy Metal, Breuer often ties it into his stand-up shows, thus making him a sort of Rock-n-Roll Comic much like the late great Sam Kinison. While many may think of the Breuer’s dive into music as a novelty, the fact is he is pulling no punches as he fulfills his Rock-n-Roll fantasy with his first ever studio album. Joining up with Volbeat’s Rob Caggiano on guitar, Joe Vigliotti on bass, and well-respected Brian Tichy on drums, Breuer’s band is the real deal. Amply named Loud & Rowdy, the band unite behind Breuer on lead vocals as they release the album entitled Songs From the Garage as of May 27th via Metal Blade Records. An album that comes with much curiosity, it is eleven tracks of pure Metal produced by Caggiano that is sure to make believers out of the most fickle of Metalheads.

Starting with “Thrash,” there is a retro sense about the music. Breuer could easily be seen playing this straight, or with a long-hair wig as he sings what he is doing instead of “honey dos.”  Honestly, any guy or girl could relate as the Sharon/Ozzy exchange caps the theme. Next, “Raising Teenage Girls” has a driving, grinding melody while Breuer lays the law down, first, with his daughters, then, with their boys. Ultimately, he expresses his love for them all while the musicianship in the backdrop is tight and lively.

Moving on to “Old School,” all the clichés are present in this anthemic piece as Breuer puts his spin on the rebellious Rocker character. From the essential driving beat to the “Yeah” back-up chants, it is a track that could easily be cranked up on a car stereo and sung along with. The story to “Be a Dick 2nite” is from the standpoint of some friends talking about a guy, who has been screwed by life, so he gets drunk, and causes a bunch of hijinks. A comical piece, there is also enough seriousness to its tone to see how strong Breuer’s voice and lyric writing really are.

Next comes “My Rock n Roll Dream,” which is a bluesy piece that features Brian Johnson of AC/DC on guest vocals. Here, Breuer sings about his aspirations of going from comedian to singer, and warns listeners of the suffering it takes to make said dream a reality. Johnson returns once more for “Mr. Rock n Roll,” a classic-sounding tune that sounds like his ode to Breuer.  Of course, the melody is crisp, no-nonsense Rock-n-Roll, as only Johnson would have it. The Jazzy/Swing “Who’s Better Than Us” returns Breuer to the microphone as he strikes up this fist-pumping rebel, anthemic piece.

Being a family man is hardcore. So is “Family Warrior” with its grinding riffs and hard drums while Breuer steps up for anything that can and will come. The band switches gears as the high-octane Speed Metal “Sugar Rush” begins with smoking guitars as Breuer sings about his kids. Then there is “Wannabe,” coming in cleanly with a fun hook as Breuer uses his comic prowess to rail on the fakeness of his business’ need to turn a marketable product at all costs. As it is funny, it is also a chance for listener’s to see a more serious side of Breuer expressing sincere opinions. Songs From the Garage finishes as hard as it started with “Unexplained,” a musically cutting piece with Caggiano ripping up the fret as Breuer growls about staying true to the self. A powerful track, it ends the record on a serious, heartfelt note.

Jim Breuer, known worldwide for his irreverent comedy, has come out, guitars blazing, drums beating, to meld Metal with comedy as only he can…as a husband and a father with all heart.  Then, he flips the script with the scathing social commentary of “Wannabe.”  With his music and message, it is easy to hear Breuer wants to encourage and mentor, and he does in spades.  Listeners will not be able to leave Songs From the Garage without feeling uplifted…and a sore neck. Above all, this album proves that Breuer can absolutely sing and his venture into music should not be seen as a joke. CrypticRock gives Songs From the Garage 5 out of 5 stars. 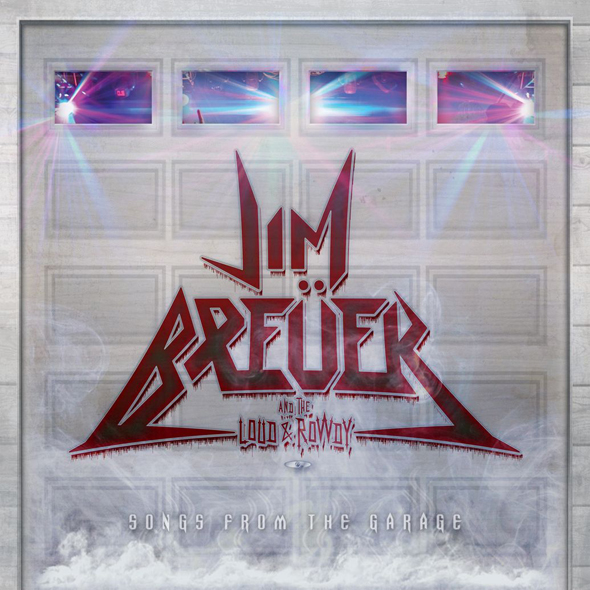