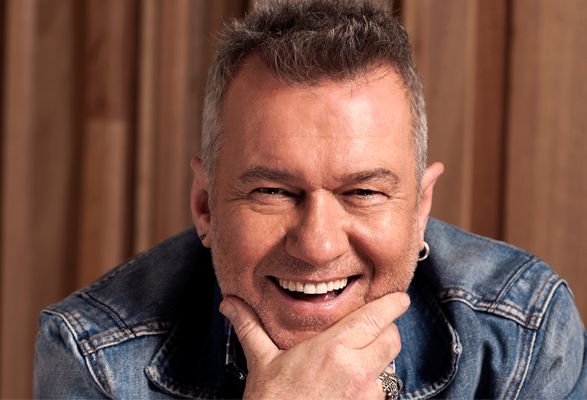 Jimmy Barnes is likely to be one of those acts many forgot they knew, although he is one of the highest selling Australian artists of all-time. Born in Scotland, he moved to Australia at the age of four and became inspired to play music by his brother John. Breaking up with the band Cold Chisel in 1983, Barnes spent a decade as a part of the act releasing fourteen albums, but after their last event it was only a matter of weeks before he was back gigging with new songs as a solo artist. After much success with Cold Chisel, Barnes went on to a fantastic solo career with all but one of his fourteen studio albums debuting in the Top 3.  Now in 2015, Barnes is celebrating his thirtieth anniversary as a solo artist with his 15th studio album titled Hindsight. With years of working with some of the biggest names in Rock and Pop, on Highsight fans will find a series of well-known artists recreating some of Barnes’s best known songs, but with him providing the lead vocals. He says he learned a lot from how other people approached the songs and he knew who he wanted for each song before he began.

Released as either a one-disc, two-disc set, or three-disc set, this review will cover the single release which contains fifteen tracks with hits spanning his amazing solo career.  Beginning with “Lay Down Your Guns,” Barnes calls on popular Psychobilly/Punk band The Living End for a duet which brings a more contemporary feel, making for a lively start to the album. “Time Will Tell” features another well-loved Australian band called Baby Animals. With Suzi Marchi joining Barnes on vocals, the track is given some sex appeal and raunchiness. Next, “Ride The Night Away” features Steven Van Zandt, who originally wrote the song thirty years ago. Van Zandt is best known as guitarist and mandolin player for Bruce Springsteen’s E Street Band and brings a new swagger to the track while Barnes’ son Jackie jams on the drums on the record. Keeping his family involved, “Stand Up” features Barnes’ daughter Mahalia along with The Soul Mates, providing a soulful yet very ’70s vibe to the song.  Then Barnes’ brother-in-law Diesel comes in for “I’d Die To Be With You Tonight” making for a classic Pop Rock feel that is harnessed by great energy and dynamism. “Stone Cold” brings in Tina Arena and Joe Bonamassa to help capture a typical R & B sound, reminiscent of Otis Redding’s “Try a Little Tenderness,” a stunning sentimental love song.

Keeping Hindsight interesting, “Working Class Man” features Jonathan Cain of The Babys and Journey, as well as former Cold Chisel bandmate Ian Moss.  The collaboration makes for a very Bruce Hornsby, upbeat anthem for the common man with a honky tonk piano and plenty of grit. Then “Going Down Alone” see’s Cain return along with Journey’s Neal Schon adding a Prog element to the track with some tasty harmonies and sweet backing vocals. Bringing on a different emotion, “Love And Hate” sees an appearance from Rock band Shihad to play a gritty and angry array of sounds, which is a complete contrast to the previous track. Lightening the mood, “No Second Prize” features The Family Choir, which is literally Barnes’ family singing with him. The choir makes it sound more like a live jam with friends and is great fun to listen to.

The song “Rather Be Blind” makes notice of  Barnes’ call on accomplished Dead Daisies vocalist Jon Stevens for a great Rock-n-Roll groove that is delightful to listen to. The song “When Your Love Is Gone” features powerful Blues singer Ruby Rodgers, whom adds a richness texture to the overall recording. Then “Walk On” sees Barnes team-up with his son David Campbell and the rendition has ’80s power-ballad written all over it. David has a successful solo career and is a well-known radio show host. Closing out the single disc edition, “I’m Still On Your Side” brings in Powderfinger’s Bernard Fanning for a flowing Pop song that has a feel-good factor that ends the album on a high note.

In most cases, Barnes reportedly is booking a twelve hour day in the studio for them to knock the song out in an hour, which probably accounts for why these tracks have a raw, live feel rather than being over produced and over polished. The general feel is of fun, warmth and joy, making Hindsight an album made with friends not just who is hot at the moment, but to provide great variety, adds depth, as well as interest. Barnes’ voice has a gravelly tone and they work well with each and every collaboration here, while the musicianship is spot on. Hindsight’s deluxe 3-disc edition features a forty track audio version which includes seventeen new recordings along with another twenty-three classic Barnes hits spanning from 1984 to 2010.  Which ever edition fans choose to purchase of Hindsight, they are in for a treat. CrypticRock give Hindsight 4.5 out of 5 stars. 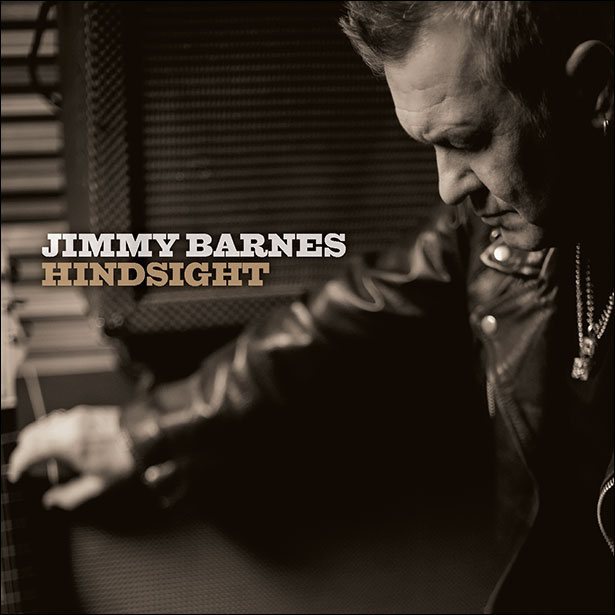