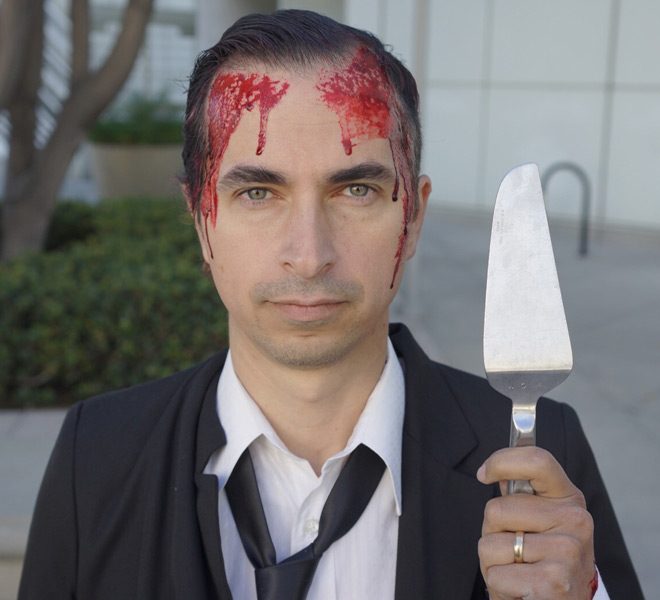 Best known for his work as the mastermind behind Electropunk Rock band Mindless Self Indulgence, Jimmy Urine has more than one trick up his sleeve. Spending over two decades whipping fans into a frenzy with Mindless Self Indulgence, while the band on hiatus, Urine has decided to dip his toes into the waters of movie soundtracks and video game music. An interesting move, with this ever expansive palette to work with, Urine is now set to release a new compilation, entitled The Secret Cinematic Sounds of Jimmy Urine. Scheduled for release on April 28th via The End Records, the collection of songs come a week prior to Urine’s big screen debut as an actor, starring in Guardians of The Galaxy Vol. 2 as Half-Nut.

All exciting prospects for the talented Urine, the question remains, what exactly can fans expect from this new musical adventure? Well, if you ask him about it, all he will tell you is, “Hey, if I’m going to take a break from Mindless Self Indulgence, the dopest band ever, then I better be doing shit that makes me fucking happy like synths, Comics, video games, and acting in awesome fucking movies.” Simple enough, right? Well, let’s get to the music then. It all begins with lead single “Fighting With The Melody,” an interstellar of weirdness that recently premiered on Alternative Press. With a hook that is a tantalizing bit of Jimmy Urine, it is addictive and just plain fun.

Then comes disjointed robotic interplanetary keys on “I Want To Be Human.” It is here that the video game vibe is quite apparent as the song gives life to twisted desires while being musically beautiful and haunting. Thereafter, “Phase” is Electronica at its finest, dribbled with vocals as a secondary element to the songwriting in a background laughter. Looking for a visual image to go with the music, Jabba the Hutt holding court comes to mind.

Offering some of the best video game styled music, “Final Level” builds anticipation as the sound punctuates an interstellar tour into the unknown. Villainous, “End Boss” begins dark before building into a monster that seems unconfined by any constraints. Then, later on, there is the more tranquil “Aching Addicted Affection Again” creating an emotional response from listeners regardless of the content it is accompanying. Not to be overlooked are the celestial landscapes painted on “Salome” and the darkly hypnotic “Not For Me” where Urine’s musicianship is the prize for listeners.

Moreover, Techno Rave sounding “Available On Betamax” is full of energy and could easily be envisioned in a tripped out club scene in an ’80s film. Equally compelling, “Lento Romantico Erotic Incubo” is space sex set to music and would fit perfectly into any ’70s Italian Giallo film. Heading out of the album with the “Based On A True Story,” the climax is met and the resolve of the hero is solidified all set to music. Other tracks in the collection include the quirky “All Together Friends Forever,” Synthpop leaning “Patty Hearst,” as well as the eerie “Beethoven Symph 7 Alleg Mvt 2” and purposefully fit within the fourteen track beast which offers something unique at every turn.

Overall, it is safe to say that twenty years in the music business twisting fans into a Punk Rock frenzy translates very well into the world of film, video game, and television production. Jimmy Urine does a fantastic job of creating an atmosphere and anyone who loves synth-laden ’80s soundtrack music must pick this up. It is the mislink between your favorite visits to the video store scanning the Horror movie section and scouring the internet years later to find all your favorite long-lost soundtracks. For these reasons, CrypticRock gives The Secret Cinematic Sounds of Jimmy Urine 4.5 out of 5 stars. 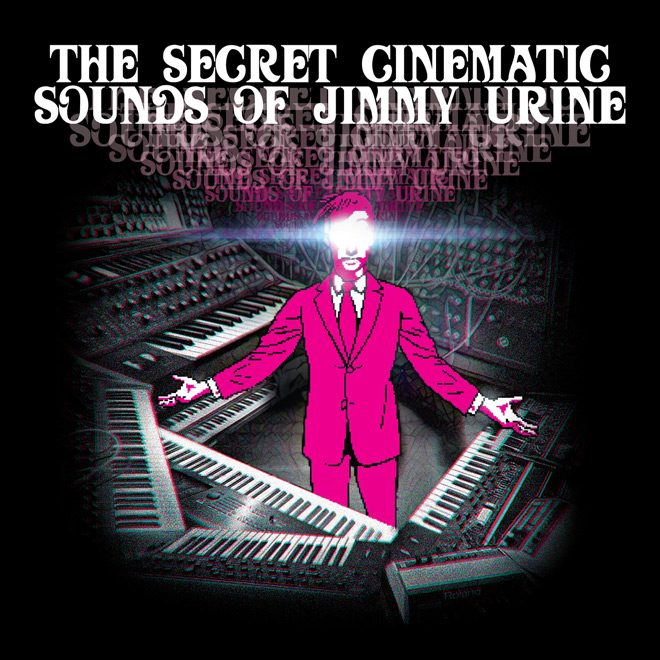