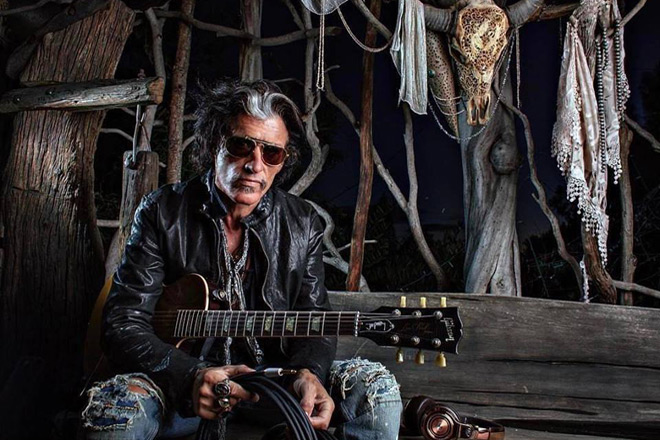 If one is not familiar with the likes of Joe Perry, that individual either just spent the last 40 years or so on a deserted island only to make friends with a volleyball or just waking from a rather lengthy coma. Born in September of 1950, the Massachusetts native began finding his calling starting to play guitar at the age of 10. Armed with musical gifts beyond compare and a steep list of influences, in 1970 Perry helped form a little band that only helped reshape the very foundation of musical arts called Aerosmith. This band went on to survive it all, the rise and fall of Rock and Roll in the 70s (only to be reborn with the help of Aerosmith), the Rap take over, major drug and alcohol abuse, and the ultimate demise of MTV supporting music.

Throughout Aerosmith’s history, Joe Perry has been behind the writing of monumental albums such as 1975’s Blues-laden Toys in the Attic, 1990’s groundbreaking Pump, and one of the ’90s most reflective albums of the era, Get a Grip. It is easy for one to get lost among that much of a history with one project. Fans get to a point where they see only the band and cannot separate an individual artist from that name. It is a very mixed bowl when referring to artists separating themselves from the entities they helped build, especially one that constituted the very soundtrack of so many over a course of almost half a century.

However, through the years, Perry has helped establish himself as the real deal time and time again outside of Aerosmith. Whether it be the Joe Perry Project, Hollywood Vampires (which features the likes of Alice Cooper and Johnny Depp), or of course his inspirational solo work, Perry has always separated himself from most any guitarist. Having just recently wrapped up a worldwide farewell tour for Aerosmith, many wondered what will Perry do next? Have no fear, in 2018 he is back and better than ever, armed with a new solo album, entitled Sweetzerland Manifesto, due out Friday, January 19th through Perry’s own Roman Records.

As mentioned before, for so many, it is hard to see an artist outside of his/her surroundings fans have become so accustomed to over the years. Sometimes this is an issue of fans not seeing outside the box, but a great deal of times it is the artist who cannot separate from the sound and construct that which defined them for so long. The only disclaimer Joe Perry’s new solo album Sweetzerland Manifesto should come with is if you are expecting Aerosmith part 2, well sorry to disappoint, but that is anything but the case for this release.

As the album kicks off with the instrumental “Rumble for the Jungle,” one is immersed in pulsating Tribal chanting interwoven with some of the most unique guitar soloing one can find, setting one official tone for the rest of the album; “buckle up because there is no telling where this ride is going.” Going right into the follow up track “I’ll Do Happiness,” a fresh approach to coursing Blues riffs engulfs the listener’s senses. A highlight to the track is the raspy yet light vocals of Terry Reid, giving the song a sense of nostalgia taking one to a time where Blues was king with artists such as Muddy Waters and Howling Wolf. While anyone familiar with Perry is educated in his ageless guitar genius, they may not be as familiar with his capability to sing.

One of the highlights to the album is Joe Perry singing a cover of the classic P.F. Sloan protest song, “Eve of Destruction,” who’s lyrical content is so appropriate for the modern age. Coupled with Perry’s signature guitar sliding, this song should be the single of the year. Granted the producers of the album are Perry himself and famed Producer Bruce Witkin, as well as Johnny Depp as an executive producer, one the most sentimental traits to the album is Perry’s work with his own sons on the unforgettable and most eclectic tracks on the album, titled “Spanish Sushi.” Through and through, this album is a new adventure at every turn, one can try and guess as much as they like what is coming next, they will be wrong.

In a time of so many stereotypes in music, especially once someone defines a monumental band, they cannot forge their own identity.Joe Perry, in one full swoop, has erased this very conception. Taking in lessons of his past, arming them with the fine tuning one gets from modern production, and add the proverbial cherry on top with a slew of outstanding guest contributors and collaborators, Perry has delivered one of this year’s strongest and unforgettable releases. Blues, Rock, labels are not welcome here, just an open mind to something new and a fresh approach. With these details in mind, CrypticRock is proud and honored to give Joe Perry’s Sweetzerland Manifesto 4.5 out of 5 stars. 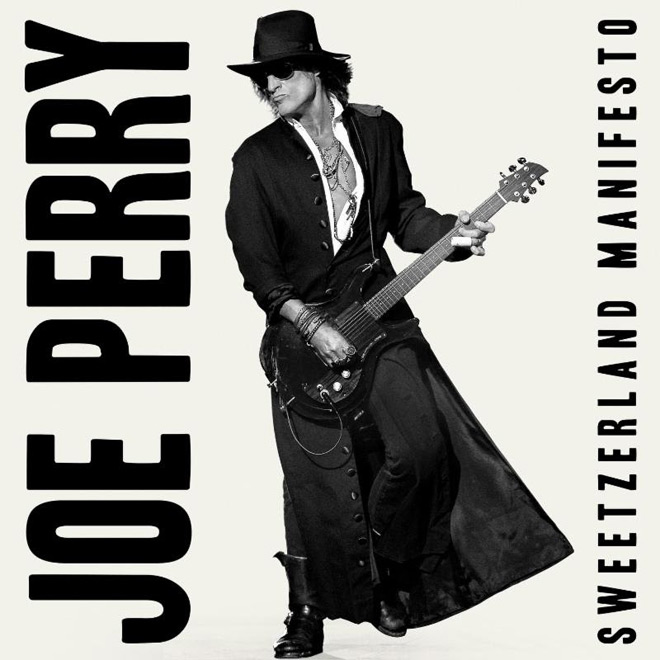