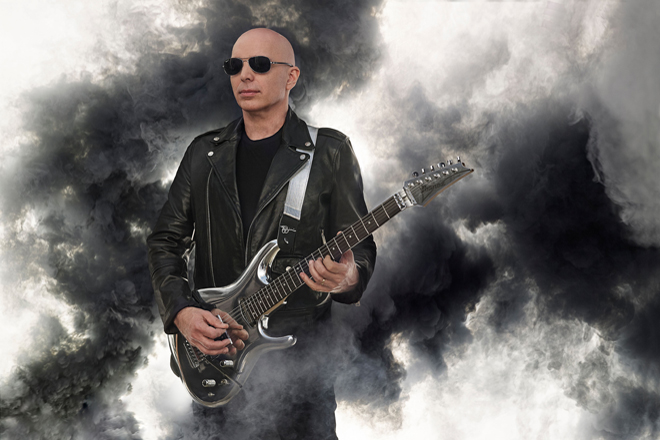 Joe Satriani has come a long way from his youth out on Long Island, New York. As the story goes, he quit the football team the moment he heard about the death of Jimi Hendrix, and devoted himself to music full-time. After stints teaching (fellow Long Island native Steve Vai was one of his early students) and attending Five Towns College, he moved to California in the late seventies to further pursue a musical career. There, his teaching continued, with students such as Kirk Hammett (who was in the process of transitioning from Exodus to Metallica), Alex Skolnick (later of Testament and Savatage), and Larry LaLonde (then of Possessed, and currently with Primus).

Not only does his solo guitar catalog outwork most of what is available in Rock music, but his rhythm efforts alone could cast a long shadow against the current landscape. In the early 1990s, Sony borrowed his single “Summer Song” for a popular advertisement campaign, which came on the heels of “One Big Rush” appearing in the 1989 movie Say Anything… as well as the film’s soundtrack.

Moving forward, in 1996, he departed on the first G3 Tour, an international affair which typically features Satriani along with two other guitarists; each artist takes turns playing individual sets before jamming together to end the show. In between tours and albums, Satriani found time to pen a memoir, Strange Beautiful Music, which was released in 2014. Recently published in paperback, the book now includes a new chapter focusing on his intervening solo effort, Shockwave Supernova. Satriani also recently saw the release of Beyond the Supernova, a Documentary about the album and subsequent tour which was shot and directed by son ZZ Satriani. The Documentary premiered last October and also marks the 30th year anniversary of the breakthrough album Surfing with the Alien.

Now on the heels of Shockwave Supernova, and its subsequent tour, Satriani expressed interest in returning to a simple, grounded, straight-ahead Rock-n-Roll sound for his next album. Recruitment for partners ended with Drummer Chad Smith, famously of the Red Hot Chili Peppers and more directly involved with Satriani through the Chickenfoot project, as well as Bassist Glenn Hughes, whose impressive solo work stands alongside stints in Black Sabbath and Deep Purple, the latter of which earned him induction into the Rock and Roll Hall of Fame.

Finally, on Friday, January 12, 2018, the much anticipated new album, What Happens Next, is here through Song Music! Consisting of 12 songs, and playing for over 50 minutes, it begins with “Energy,” which is literally that – a rollicking, fun track with expert solos over a tight, chugging rhythm section. These three sound like they have been playing for years, if not decades, and the result is a welcome blend of three masters. This warm familiarity is evident in later tracks, such as “Righteous,” which has a rolling feel-good vibe that belongs in a 1980s teen angst movie, and “Headrush,” a fast-paced foot-shuffling ride.

“Catbot” rings out like a futuristic march, laden with effects. Long behold the master of lead guitar taking the place of vocals, Satriani arranges this track as if it were two robots having a long conversation over something trivial. Using droopy, lollygagging progressions, “Cherry Blossoms” slowly builds into a strong Rock-n-Roll session; Hughes really stands out here, as does some backing piano. In what is quickly becoming a good habit, “Looper” presents a rumbling bassline and quietly flashy drums that keeps pace with Satriani riffing his way between even-tempered rhythm and high solo work. The title-track takes on a serious, Perry Mason vibe (the show or the song, if not both) and stands out a bit against all of the loose fun up to that point, before ending on a friendly tone.

“Thunder High on the Mountain,” easily one of the best tracks, is high indeed, with guitar work that arches long out of sight, only to plunge into darkened valleys with crunchy rhythms and screaming bits of solo work. “Invisible” adds piano to the ambiance of the album, and a prominent bass groove allows Satriani to really grab the listener with fast, high pick-work that (happily) seems to break the early stated goal of staying rooted. “Super Funky Badass,” the longest track, is another welcome departure from the simple plan; more lockstep rhythm from Smith and Hughes lays the groundwork for Satriani to explore the far upper reaches of his imagination. The last gasps of the tune turn into a wall of wailing sound and soloing, with a touch of sadness once the track ends.

Satriani takes time to nod to his heroes; “Smooth Soul” is a sly nod to Carlos Santana, combining a sultry introduction with a defiant statement of strength and determination, while closer “Forever and Ever” has a clear Hendrix feel to its intro before taking on a loose, jaunty tone.

An album which will thoroughly please Rock guitar fans, it is one of the most compelling pieces of instrumental Rock records in some time. Hopes are Joe Satriani will put What Happens Next on display at the 2018 G3 Tour featuring himself, Dream Theater’s John Petrucci, and Def Leppard’s Phil Collen which runs now through the end of February. A fun, blistering ride, CrypticRock gives What Happens Next 4.5 out of 5 stars. 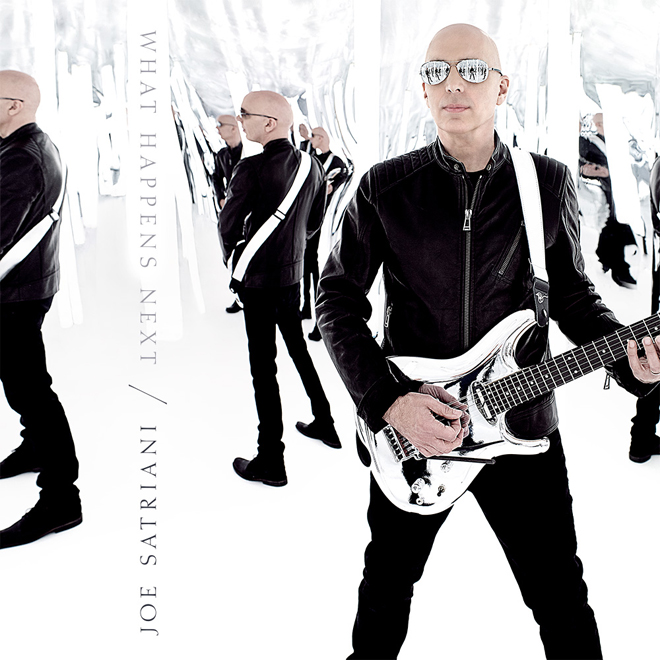 Purchase What Happens Next: