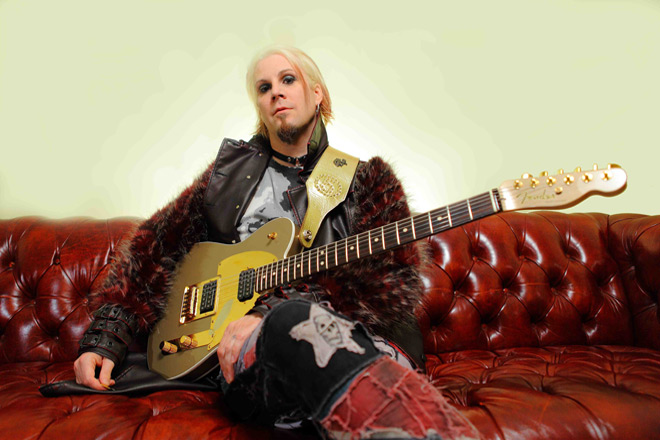 Live albums can be a very tricky thing for an artist. The main purpose of a live recording is to give the listener the experience of actually being at the show. Accomplished Guitarist John 5 is aware of this and comes at fans with a stellar new live album entitled It’s Alive! which will make you feel like you are sitting front row center. No doubt titled in tribute to 1931’s Frankenstein, satisfying John 5’s classic Horror flick obsession, It’s Alive! is set for release Thursday, January 25, 2018. Along with his band The Creatures, Bassist Ian Ross and Drummer Logan Miles Nix, It’s Alive! marks his first album to be featured on vinyl, making it an even more compelling addition to fans’ collections.

Before going any further, let us get this out of the way right up front, John 5 is a true guitar virtuoso. He has the finger stylings of Joe Satriani with a bit of Steve Vai flare thrown in for good measure. Best known for his work in Marilyn Manson, and currently Rob Zombie, in addition, he has also recorded a list of solo albums showcasing his guitar greatness.

Putting his skills on display, right from the build of the cinematic sounding intro into “Guitars, Tits and Monsters,” John 5 and The Creatures take off and never stop. Spontaneously recorded at a show in Sellersville, Pennsylvania, the album was captured in one shot, which makes it even more impressive. There were no redos, no overdubs, just a straight recording from a random show on tour.

That in mind, It’s Alive! truly is a great sounding live album , well-produced, well mixed, and full of style. Speaking of style, John 5 has done his share of experimentation over the years and somehow manages to come away with arrangements that would make any music aficionado raise their eyebrows. The best example of this is the deep Metal tone of “This is my Rifle” before transitioning into the bluesy, foot-tapping, picking style of “Jiffy Jam” and “Hell Haw.” Odd yes, but it just works. Even though It’s Alive! does not contain any new material, there is great energy and precision shown throughout each track. If nothing else, it should grow a new crop of followers for John 5. The biggest surprise comes with a cover of Michael Jackson’s “Beat It,” which is given true justice by John 5, making for a fun departure from his normal catalog of songs.

It is cliche to say that this album has something for everyone, but it really does. Whether you are a fan of Heavy Metal, Hard Rock, Blues, or Pop, It’s Alive! has it all. Seventeen tracks in total, it closes with a medley of familiar Rock songs that leave you wishing John 5 would put out an entire album of instrumental covers. Everything from Alice In Chains to Rush is covered here with original tone of each track brilliantly recreated. The only complaint here could be that he does not play enough of the songs, but that complaint is only because they are covered so well!

Along with the talents of Ian Ross and Logan Miles Nix, the trio give the sense of an army of musicians on stage. The full rich sound of is enough to make you forget this is a live recording. It’s Alive! is John 5 doing what he does best in a setting that can be appreciated by anyone. That is why CrypticRock gives this album 4 out of 5 stars. 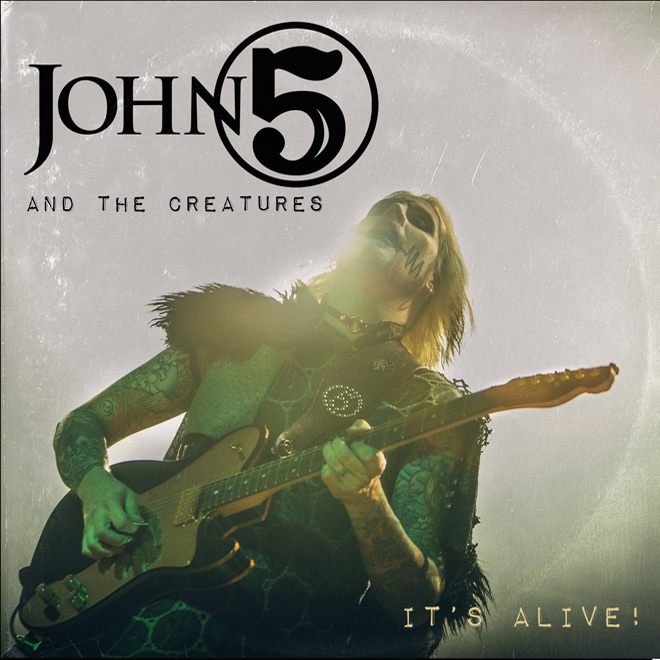