John 5 and the Creatures – Season Of The Witch (Album Review) 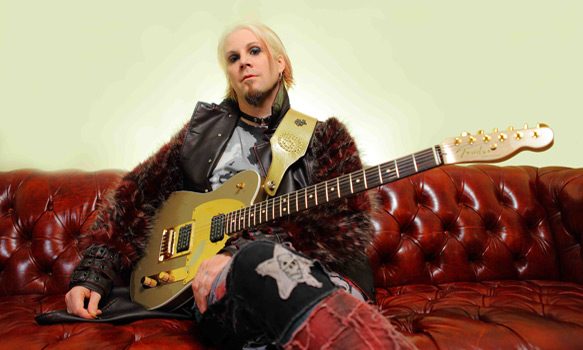 The difference between skill versus talent is quite simply that creativity and style always arrive next to talent, but not necessarily with skill. Skill can ride solo on its mission, especially when referring to playing the guitar. That is the main separation between those who rise into fame and those who do not. In the case of Axeman John 5, he quickly rose to the top after being a studio musician for the likes of David Lee Roth prior to working alongside talented artists such as Marilyn Manson and, through recent times, Rob Zombie.

A versatile guitarist, with influences from all the spectrums, John 5 soon branched off into his own guitar-heavy instrumental world that is John 5 and the Creatures. John 5’s eighth studio album, and first under the title featuring the creatures, Season Of The Witch hits ear canals on March 3rd featuring the lucky number of thirteen tracks ranging in length from thirty-nine seconds to almost six minutes in length.

Those familiar with John 5’s previous offerings, there is no mistaking his guitar playing for anyone else, meaning he is simply one of a kind. His current team consisting of Ian Ross on bass and Rodger Carter on drums are also very crucial to the all instrumental album. This is especially true for Ross as the bassist, who provides a special dynamic of deep heavy bass jamming that complements John 5’s playing in just the right way. The drumming of Carter also completes the versatile musical range of John 5, going from Bluegrass, to Industrial, to Western Swing, to Rock, and back again. This is all accomplished in a very refreshing intensity on Season Of The Witch.

This all in mind, knowing the typical unique qualities one can expect of a John 5 solo album, Season Of The Witch may not seem too impressive upon first listen. However, once the secrets are unlocked and it is realized just how specific and appropriate the unique intricacies actually are, the album promptly registers as highly impressive, even for an equally skilled and talented man such as John 5 himself. From the dark edge he exudes, one can always count on it making for a wildly interesting combination. This example is heard on the mixed bag of Bluegrass style guitar riffs heard on “Black Grass Plague,” a song which takes full effect as a perfectly descriptive song title.

The magic of a purely instrumental album is that the story is told through the guitar, as Jimi Hendrix was well known for doing. The titles of the tracks are simply there to back it all up. On the topic of titles, the longest track on the album is “Guitars, Tits, and Monsters,” if nothing else, certainly describes the essence of what John 5 knows best. The Horror film elements spawned through his work in sporadic locations add a special flavor and define his character nicely, even though his playing at times can be totally contradictory of this Gothic vibe. There is a hint of Thriller ala zombie flick happening in this tune and it blends well with the speedy riffage which is complemented by the drum pace.

Moving on, the jump into “Now Fear This” bleeds technically speedy guitar solos all over the floor, and the prominent bass riffs are there to sweep it all up. Then, the thirty-nine second long song “Dr. Evil’s Spook Show” is an homage to an old timey intro to a Horror freak show film. This leads perfectly into the cleanly broken up riffage of “Here’s To The Crazy Ones.” Thereafter, the song “Triple D” is pure roller coaster guitar mania that has a slight Industrial flavor at times. Paving the way for the Western Swing mentioned prior, “Hell Haw” comes into play, a cut clearly coming from “Hee Haw” where the guitar was literally played acoustic in a field of hay and corn stalks. This of course would be the modern darkened version of that, but John 5 definitely keeps it classy with the extra added elements as well.

Finally, title-track “Season of the Witch” is the most Industrial Manson/Zombie-esque tune of all. Nonetheless, it definitely lends itself to a Slasher film score, as it was intended since more than one Horror flick of the same title has already been made. As found in the style of Yngwie Malmsteen, who is an influence of John 5, this style is beyond that of a mere mortal and can only be appreciated in such a context.

The musical collections of John 5 are meant to be enjoyed from start to finish in the order which they have specifically and creatively been arranged. Although, if mixed and matched, it still holds a strong presence and validity. In comparison to his other solo albums, Season Of The Witch simply is the most relevant to present day, while snipping from the best of the past, as it should be. The tour in support of the new album is about, and while the studio record does Season Of The Witch justice, the live experience will always be about 666% better. It is highly advised to get on board on this not so typically crazy guitar train to create one’s own storyline adventure. CrypticRock gives Season Of The Witch 4.5 out of 5 stars. 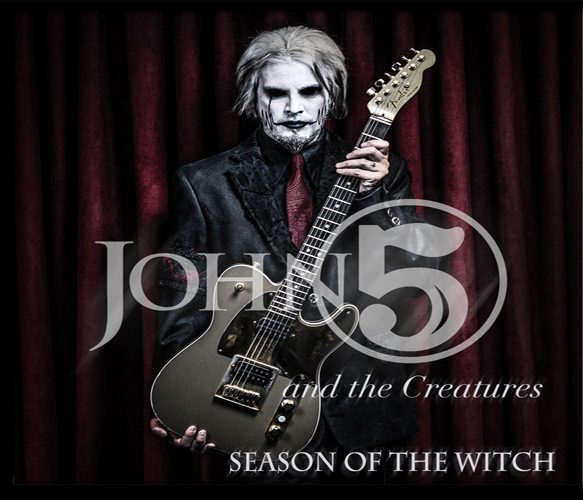