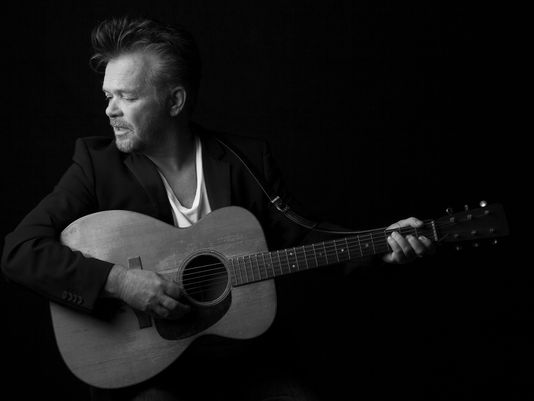 With a musical career spanning forty nine of his sixty three years, John Mellencamp has carved a niche for himself in the world of heartland Rock. He has gone through name changes, band member overhauls, and health problems, rising above it all.  A multi-talented man, the Seymour, Indiana native has been involved in not only his own music, but also painting, directing, narration and even acting. He told VH1 that he was offered Brad Pitt’s role in Thelma and Louise (1991), but turned it down. He did accept other, less notable roles in Lone Star State of Mind (2002) and After Image (2001). Gears always turning, in 2000 Mellencamp teamed up with Horror icon Stephen King to write a musical entitled Ghost Brothers of Darkland County, which debuted in the spring of 2012 at Alliance Theatre in Alliance, GA. The play involved greats such as Rosanne Cash, Sheryl Crow, and Elvis Costello, among others. He was also one of the founding members of Farm Aid, started in 1985, an organization devoted to raising awareness of the loss of family farms and to keeping homesteaders on their land, helping collect over forty-five-million for the cause.

Mellencamp and long time producer and band member T Bone Burnett worked together on this newest album, Plain Spoken, released September 23, 2014; the first one in five years.  Some might almost say he has come full circle with his twenty-second studio album overall, which is a simple, acoustic offering straight from the heart of the legendary rocker. Focusing on themes common to previous albums – societal woes, down-and-out character sketches, and his own personal life, Plain Spoken takes the listener on a journey through Mellencamp’s current mindset and where he has found himself after all of these years.

The first single and lead track of the album, “Troubled Man,” opens with the pure beauty of John’s acoustic guitar. Self-deprecating lyrics lead into Sturm’s sweet Appalachian violin and just a hint of Country twang. Clark’s raspy drums start “Sometimes There’s God,” a spiritual song about the times in one’s life where God’s existence seems obvious or completely unfounded. Troye Kinnett’s tinkling keys mesh well with Mellencamp’s scratchy vocals. A soft, comforting melody belies the heartrending lyrics in “The Isolation of Mister,” a trick only John Mellencamp can pull off so effortlessly. Sturm’s violin solo is a breathtaking highlight in this reflective song about John’s emotional distance in his past relationships. “The Company of Cowards,” the first up-tempo song so far, tells the story of a now-divorced John seeing his ex in the Keys with a hint of Salsa in the bongos and claves. Another song about his divorce from Elaine, “Tears In Vain” flows with a lonely harmonica and deep bass like the wind blowing through the eaves of a big, empty house. The plaintive guitar in “The Brass Ring” softens the almost accusatory lyrics, making the listener feel sympathy for this girl whose life choices one might not agree with. Transparent, easy violin and strumming guitar lead the listener into “Freedom of Speech,” a toe-tapping tune about America’s ability to agree or not agree with the people around them.

Possibly the follow up to Mellencamp’s hit “Pink Houses,” “Blue Charlotte” is the pensive story of a man saying goodbye to his lifelong partner as she lays dying, even as the tambourine rings and the acoustic beat picks up. Finally willing to let his marriage go, Mellencamp gives it one last kick with “The Courtesy of Kings,” using a Country sound to tell of the indiscretions of his wife of eighteen years. The last and only easygoing song on the album, “Lawless Times” is a good time blues tune that is surprisingly upbeat after the previous nine tracks. John pokes fun at twenty-first century wrongdoings, even telling the listener “If you wanna steal this song/It can be easily loaded down.”

All in all, the music of Plain Spoken flows seamlessly from one song to the next. Although it is stripped down to the musical basics, it is still beautiful, and an introspective look into this humble man’s life; definitely a pleasant late 2014 release Classic Rock fans will adore.  The eighty show tour for Plain Spoken will begin in January 2015 in South Bend, Indiana and finish up in Indianapolis in August. With his life and career both beginning in Indiana, it only seems fitting that his upcoming tour take the same route; once again, full circle.  CrypticRock gives Plain Spoken 4.5 out of 5 stars. 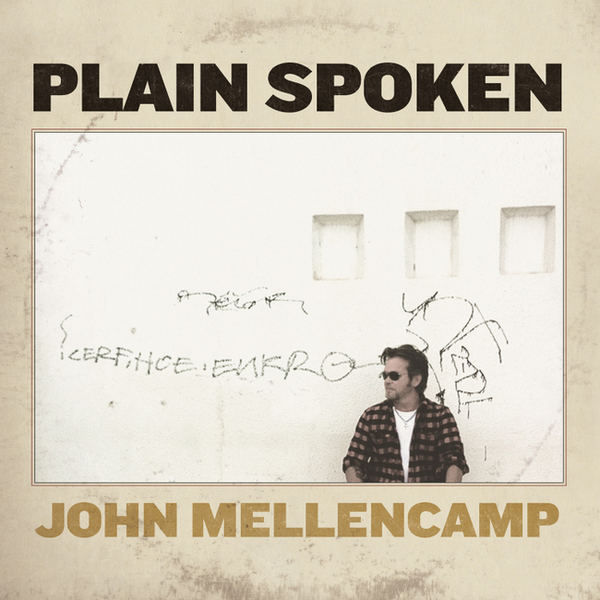