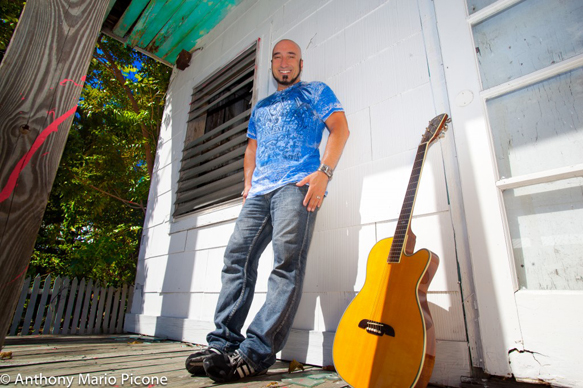 Veteran songwriter John Taglieri’s latest EP hit the Billboard chart at 112 in its first week of release, putting him alongside younger bands such as Michael W. Smith, Hellyeah, Blackberry Smoke and Pop Evil, something Taglieri says is “fantastic news.” Straightforward melodic rock, special guest appearances from Kenny Aronoff, Rich Redmond, and Eric Ragno, and Taglieri’s regular appearances in Key West, where he plays every other month, all combine to make Taglieri’s twelfth release since 1999 his best-selling album so far. Taglieri balances his career and family life well, making a living in music without becoming a household name. By releasing music on his own label, Leap Dog Music, and recording in his own Dawg Pound Studios, Taglieri proves that success can be achieved without the backing of a major record label. He has explored different styles of music with each release, showing with 2013’s country-influenced Southern Paradise that it is never quite clear what he will do next, but with Days Like These, Taglieri has returned to the melodic rock sound of his 1999 EP, Leap of Faith.

Taglieri was pleased to get old friends like Eric Ragno (Alice Cooper, Paul Stanley, Billy Gibbons) involved alongside his own heroes: Kenny Aronoff (John Mellencamp, Elton John, Bob Seger), Alan Jax Bowers (Parrot Bay, Rachel Allyn), Rich Redmond (Jason Aldean, Ludacris, Kelly Clarkson), Lee Turner (Darius Rucker, Sara Evans, Big and Rich), Joe Gilder, Greg Juliano (Juliano Brothers), Chad Cunningham, and, finally, Keith Lubrant whose music can be heard on TV shows such as Real Housewives of Miami, Beavis and Butthead, Here Comes Honey Boo Boo, Young and the Restless, and dozens more. Taglieri has explained that his reason for releasing EP’s instead of full albums, something he has done since 2008, is that he saw that the music industry had changed and noticed that fans preferred to get shorter releases more often rather than wait for albums.

Upbeat, youthful, and catchy, the title track, “Days Like These,” is light and summery, an innocent Soft-Rock track which captures the feelings of young love and teenage hopefulness, which, considering Taglieri’s age (47), is quite an accomplishment. Taglieri lacks the bitter cynicism which is characteristic of many mature songwriters, and “Days Like These” is particularly celebratory in tone since Taglieri wrote it after discovering he would be a father for the first time. “Here For The Taking” is similar to Bryan Adams in style, rich in guitar licks, and features a fine sing-along chorus with an upbeat mood. Complete with Beach Boys style harmonies and 80s style synths, “Beautiful Tonight” is a track lost in time, with a bright positivity that shines through. Next is “Thin Air,” a bittersweet song with Hammond Organ sounds and a slow waltz time signature that lends a melancholy edge. Adding to the emotions of the song are the velvety, soulful vocals of an uncredited female singer.

Melodic and rhythmic,”Finish Line,” with its stirring symphonic elements, feels like a song listeners have known forever from the very first listen. Taglieri states that the song is about “realizing that you need the downs in life to really appreciate the ups and how high they can go, and that it’s not where you’re going in life, but what you do along the way that really matters.” With that said, this track certainly celebrates the highs. “Toasting The Man In The Moon” is a more introspective song, but still lively and fun. It is about realizing that sometimes a person has to look inwards to find the answers they need in life, and for Taglieri the answers are good news.

Overall, Days Like These is very soft and bluesy, and with Taglieri’s husky tones, it’s perfect for late night listening. Taglieri played over two-hundred shows in 2014 and aims to continue performing as much as possible, including playing to the troops overseas, which he considers a real honor. Taglieri also plays a lot of shows for children’s cancer charities. As he says, “If everyone had days like these, the world would be a much happier place,” and owning this EP will certainly help put a smile on any listener’s face. CrypticRock gives John Taglieri’s Days Like These 4 out of 5 stars. 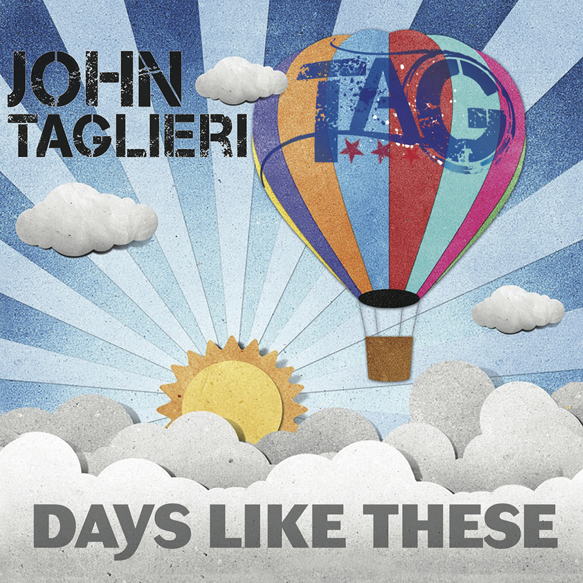