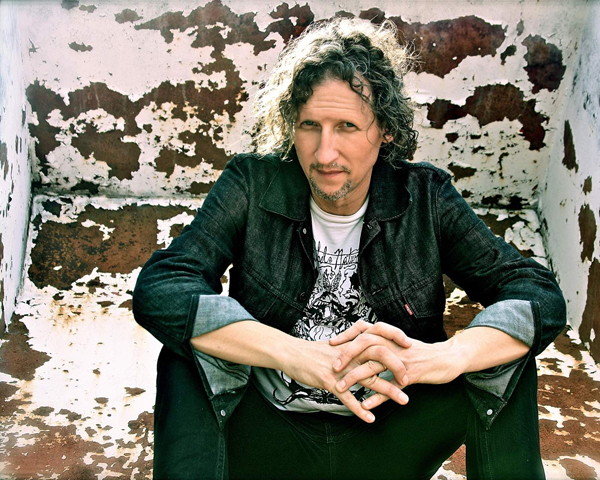 Accomplished American musician John Wesley’s guitar-driven acoustic and electric songs represent the cultivation of many inspirations — alternative, progressive, art, and classic rock genres intertwined with poignant lyrics drawn from the poetry of the common man. What really appeals to Wesley’s fans worldwide is a spark of sincerity and sensitivity so oft absent in today’s mainstream music.  Most recently, John Wesley has performed as sideman, guitarist/vocalist for critically acclaimed UK-based recording act Porcupine Tree, during the In Absentia (2002), Deadwing (2005), Fear of a Blank Planet (2007), and The Incident (2009) world tours. He performed in the band for nine years, culminating in 2010 with sold out performances at Radio City Music Hall and the Royal Albert Hall.  John Wesley returned in March with his new album, Disconnect, which was released by Inside Out Music on CD and digital download.  The collection, comprised of ten solid songs, features Alex Lifeson of Rush fame on one track and a mix from Porcupine Tree’s Steven Wilson for another. With Dean Tidey, Patrick Bettison and Mark Prator the album rounds out nicely.

The album starts out with the title track “Disconnect”. The song has very strong ties with Porcupine Trees style but Wesley has artfully managed to tie it to himself. The progressive rock feel is very strong and the lyrics poignant in a way only he can write. The video for this track ties into the lyrics about disconnecting from our memories and life. “Any Old Saint” is up next with it’s progressive rock driven guitars and a slight touch of hard rock. “Once A Warrior”, features Alex Lifeson on guitar solo. John’s vocals and lyrics imply a strong feeling of lost surety and the realization that things may eventually come falling down no matter who you are. The next track, “Window”, was mixed by Steven Wilson. This song is one of two on the album that you could imagine hearing on the radio. The song overall has a great progression with catchy lyrics and chords that will catch you off-guard. “Gets You Everytime” has a bit of a new southern rock feel that will have you tapping your foot and nodding your head in time. Next up is “Mary Will”. The lyric video was released in April 5th and features images of war, soldiers and gun paraphernalia as a stark contrast to this beautiful ballad. Overall the song is about needing to be forgiven and saved. “Take What You Need” is another prog rock track. It’s a great combination of driving lyrics and haunting music. “How Goes The War” and “New Life Old Sweat” are two good songs with a more hard rock feel. The album closes out with the “Satellite”. This song features outstanding acoustic guitar work and interludes matched with Wesley’s smooth vocals.

Overall the concept for Disconnect is aptly described by it’s title; disconnecting from your thoughts and memories but needing to feel or be saved despite or even because of them. This album seems to push the limits from Wesley’s older music with a more progressive rock feel to the arrangements. The energy and drive behind Wesley’s growing talent can definitely be felt and heard in this album through the lyrics and guitar work. Those used to John Wesley’s poignant lyrics and guitar-driven songs will not be disappointed.  CrypticRock gives this album 4 out of 5 stars. 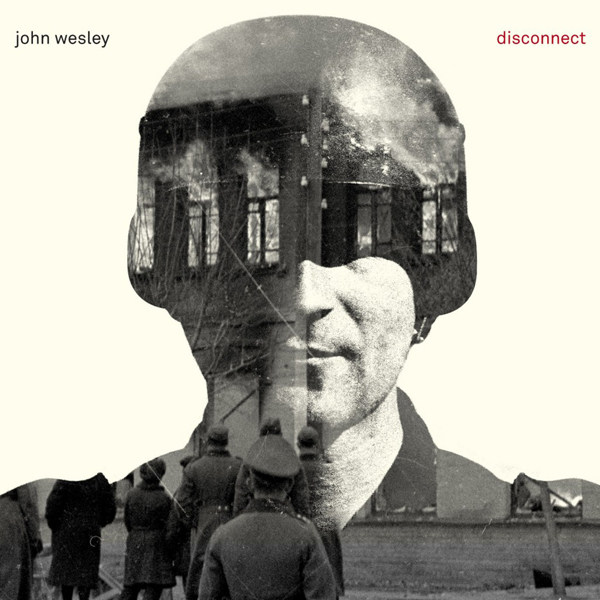 Disconnect is also available through Burning Shed in a limited edition digipak.