If films are the extensions of their viewers, then by law, the viewers are all badass assassins that calmly walk into any situation only to fight and shoot their way right back out of it. Maybe that just wishful thinking, but that is exactly how one feels after they have seen the highly anticipated sequel to 2014’s John Wick, simply titled John Wick: Chapter  and released nationwide in theaters February 27th via Summit Entertainment. 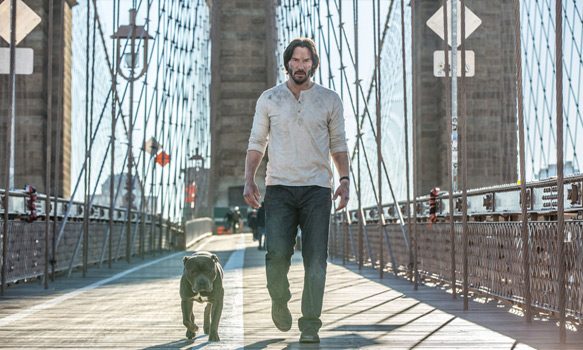 Directed by Chad Stahelski (John Wick 2014), this is only Stahelski’s second directorial job. Before John Wick, he was Keanu Reeves’ stunt double for many films, but not only that, he was stunt coordinator for such films as: The Matrix Trilogy, After Earth, and The Hunger Games, to name a few. Helping Stahelski on writing duties was Derek Kolstad (The Package 2013, John Wick 2014), and many fans are saying the second go around for John Wick could be better than the first.

John Wick: Chapter 2 starts off where the first film left off as John Wick, played masterfully by Keanu Reeves (Speed series, The Matrix trilogy), retrieves his car from whatever is left of the organization he destroyed in the first film. From there on, as he is trying to get his life in retirement back in gear, his past comes back to haunt him in the worst way possible. Santino D’Antonio, played by Riccardo Scamarcio (Third Person 2013, Burnt 2015), a mobster that helped Wick escape his life as an assassin, comes back to cash in on a blood oath that Wick made to him. Wick agrees after realizing that there is not anything he can do to back out without ending up dead. After the assassination is completed, both parties hunt him. How far will John Wick go to survive? 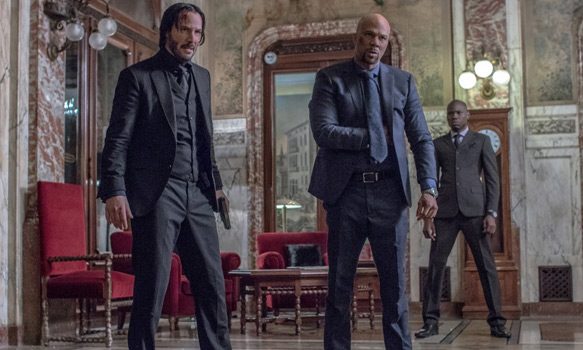 Having a director with such an in-depth background in stunts such as Stahelski makes sense for this stunt heavy film, and it definitely shows. Not only that, but it helps that Reeves did most of the stunts, that gives the director and cinematographer more to show in the fight scenes. Instead of having fight scenes full of cuts and having the pair worrying about camera placements to hide the stunt double, they can show much more fluid fight scenes, which gives the viewer more time to adjust to whatever is going on, it also gives the audience a deeper connection to Reeve’s performance because they actually believe that he is in fact, John Wick, and he is in fact fighting for his life.

In addition, John Wick: Chapter 2 is a wonderfully casted film as each actor really gives a part of themselves to make these characters seem believable and fleshed out. Among the cast is veteran Actor Ian McShane (Deadwood series, Game of Thrones series). Then there is an actress that seems to be everywhere these days, and for good reason, Ruby Rose (Resident Evil: The Final Chapter 2016, Orange is the New Black series), along with Rapper turned Actor, Common (American Gangster 2007, Selma 2014), and last, but certainly not least, Morpheus himself, Laurence Fishburne (Apocalypse Now 1979, The Matrix trilogy).

Movies are usually always made to transport the view from our world, reality, to this fictional world that the viewer is made to believe in. John Wick: Chapter 2 and John Wick make viewers believe there is an incredibly complex underworld of assassins with rules and swanky hotels, while everyone all are fairly confident in knowing that is not reality. Why is it so spectacular at achieving this suspension of disbelief? Because they base all of it in the real world. Having this film shot on location keeps reminding the audience that these are all real places and this situation is very real. 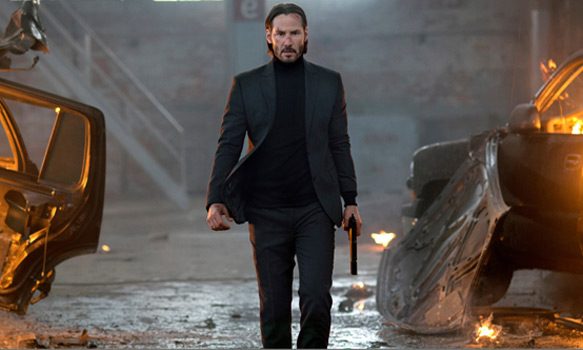 All in all, John Wick: Chapter 2, is what every sequel sets out to accomplish. That is, taking the great foundation of the first film only to solidify that foundation by introducing more elements. It is a film that will have audiences coming out of the theater wanting to fight pretty much anything in their path, just do not do that, because you are most likely not John Wick. Also, you could get arrested, and that would be bad. Back to the point at hand, John Wick: Chapter 2 is a fun, badass, popcorn-tossing, Action flick that should not be missed by anyone. That is why CrypticRock gives John Wick: Chapter 2, 5 out of 5 stars. 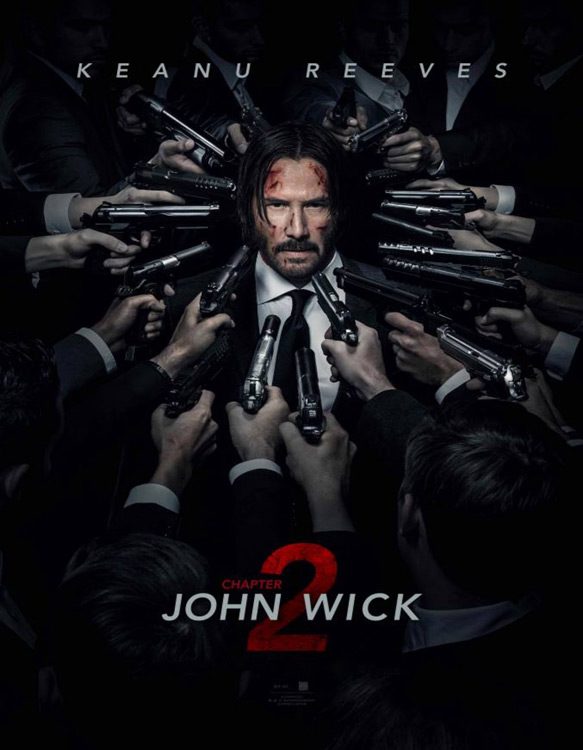