Josh Todd & The Conflict – Year of the Tiger (Album Review) 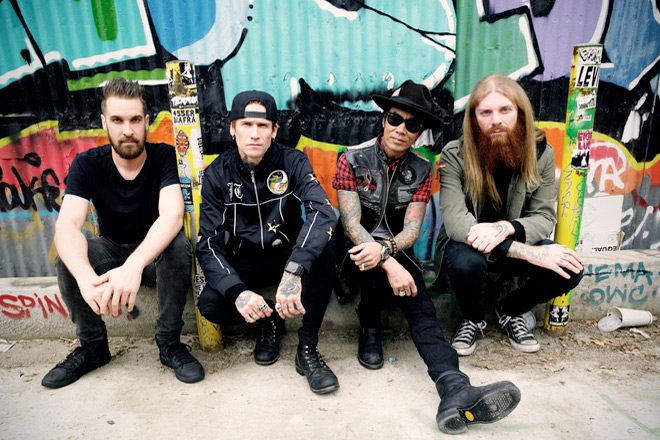 For any fan of Rock music, the highly prolific Josh Todd should already be a well-known commodity: as the lead singer of Buckcherry for the past twenty-two years, Todd has some seven studio albums – from 1999’s Buckcherry to 2015’s Rock ‘n’ Roll – to his credit.

He once fronted the sleazy Glam Rock outfit Slamhound; has provided backing vocals for the legendary Mötley Crüe; appeared on an Escape The Fate album; released a solo disc, 2003’s You Made Me; and even acted in several films. What is next for this rocker? Well, that is simple: Josh Todd & The Conflict!

On September 15, 2017 Josh Todd & The Conflict present Year of the Tiger, their debut offering thanks to Century Media Records. In a recent interview with CrypticRock, Todd explained: “ . . . I was just ready to make new music, to be honest. I always wanted to create a different band situation, I wanted to have two bands. I kind of took the model of Slipknot and Stone Sour as my template, and what I was thinking about when I started all this.”

The heavy yet melodic ten-track disc was co-produced by Stevie D of Buckcherry and Eric Kretz of Stone Temple Pilots, and is exactly the dose of Rock-n-Roll that many fans the world over are so very hungry for. Todd has referred to the disc as a “labor of love” for the band – which consists of himself on vocals, Stevie D on guitar, Gregg Cash (of Dorothy) on bass, and Sean Winchester (of Buckcherry) on drums. So, what should fans expect?

Album namesake “Year of the Tiger” kicks off with a heavy-blasting, balls-out dose of Hard Rock and one truly blistering guitar solo. The in-your-face grit continues into “Inside,” a high-energy dose of infectious, pummeling rhythm. “Fucked Up” starts with the sounds of beer bottles clanking around and races into some seriously fucked-up fun times with a touch of Punk Rock attitude, some seriously heavy bass-lines, and another killer guitar solo to boot. There is an urgency to Todd’s vocals here, an honest attack that allows him to truly soar!

The boys dial it down a notch with the bluesy tones of “Rain,” which, to steal a line, ultimately kicks into something “sinister and rotten to the fucking core.” The emotionally introspective “Good Enough” follows with luscious acoustics and a sing-along vibe that will be a highlight of the band’s live performances. Bring your lighters and cellphones!

Amping it back to eleven, Todd and the boys slay the dragon with “The Conflict,” another Punk-tinged, balls-to-the-walls Rock experience full of sheer attitude. The infectious melodies of “Story of My Life” mark this as one of the catchiest tracks on the record, a good time rocker that is still full of stomp. When Todd sings “All these changes make me feel alive,” try not to dance! Just try! It is the perfect segue into the sole sexual groove thang of the album, “Erotic City.” Complete with a Sunset Strip-worthy guitar solo and all the dark, seedy vibes to make you tingle, this is the track that forces your hips to shake.

Winding to a close, the boys “Push It” in a frenetic-paced rocker that would not be entirely out-of-place in a Buckcherry set. They end on an explosive high with the anarchy of “Atomic,” a dangerously rocking explosion of sound. It is, in a sense, a perfect representation of an album that, start to finish, is frenetic, in-your-face fun of the Rock-n-Roll variety. From moment one, The Conflict hold nothing back as they traverse ten tracks full of energy and introspection, heaviness and sing-alongs.

Is this a massive departure from Todd’s day-job? No, it is not; but let’s face it, the man has a truly distinctive voice and there is no breaking free of your moneymaker. So put a smile on your face and toss up some Metal-horns in celebration of brand-spanking-new music that rocks! For these reasons, CrypticRock give Josh Todd & The Conflict’s Year of the Tiger 4 of 5 stars. 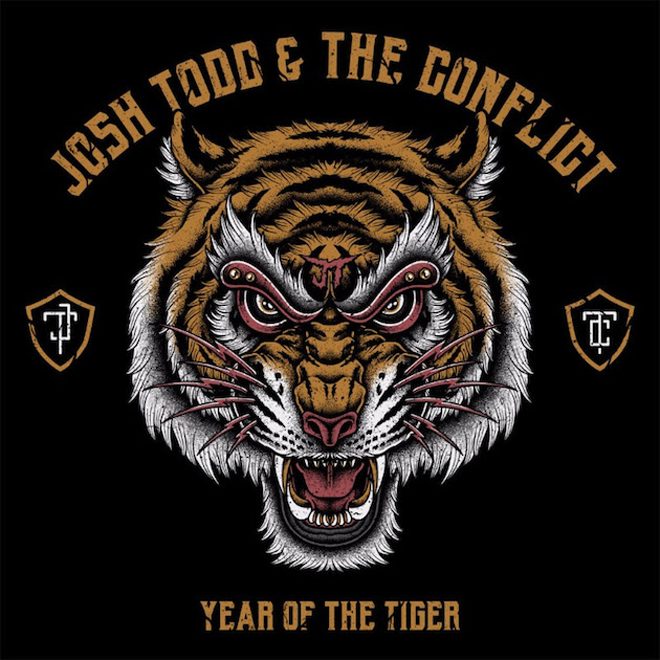