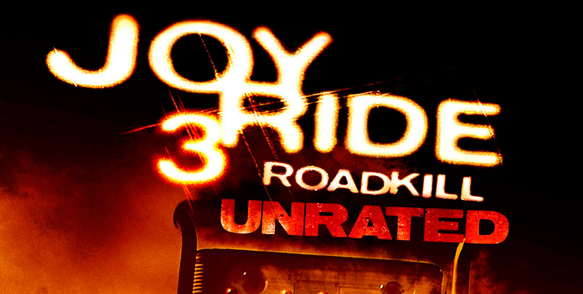 The deadly Rusty Nail is back in Joy Ride 3: Road Kill to terrorize all those who go down the infamous Route 17.  Released on June 17th via 20th Century Fox Home Entertainment, the new film is written and directed by Declan O’Brien (Monster Ark 2008, Wrong Turn series) and is the latest installment to the Joy Ride series which began in 2001. The original film was directed by J.J. Abrams, and starred a young Paul Walker (Fast & Furious series, Shes All That 1999), Steve Zahn (Sarhara 2005, A Perfect Getaway 2009), and Leelee Sobieski (Eyes Wide Shut 1999, Glasshouse 2001). While most horror fans will be familiar with the series, for those who are not, here is an overview.

Rusty Nail portrayed in the first two movies by Matthew Kimbrough, but voiced by Ted Levine. is a serial killing trucker who uses the CB Radio to attract victims. In the first movie, he stalked and victimized Lewis, and his brother Fuller, who was recently released from a stint in prison. Along the way to their destination they pick up Lewis` fellow college student and crush, Venna. They play a joke pretending to be a girl named Candy Cane, on an unsuspecting trucker, who turns out to be Rusty Nail, and ask him to meet them at a motel, giving him the wrong room number. This sets off Rusty, who leaves a trail of blood behind him in his pursuit of the brothers and Venna. Luckily the three survive.  A sequel Joy Ride 2: Dead Ahead was released direct to video in 2008 with a similar premise involving two sisters and one of their boyfriends. Once again they were lucky to survive, as was Rusty Nail. This movie further confirms Rusty as a psychotic killer with no remorse. 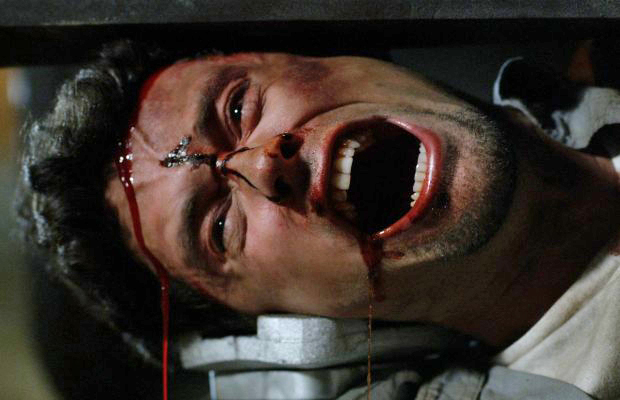 Joy Ride 3: Road Kill begins with a young couple strung out on crack. Having run out of their drug of choice they decide to trick a trucker over the CB into delivering them drugs, intent on knocking him out, and then running off with the goods. This does not go as planned and they end up inadvertently contacting Rusty Nail (Ken Kirzinger: Freddy vs Jason 2003, Wrong Turn 2: Dead End 2007). Rusty quickly kills both of them, leaving a trail of body parts up and down the highway. Immediately picked up by Officer Williams (Dean Armstrong: Saw 3D: The Final Chapter, Wrong Turn 4: Bloody Beginnings),who begins an intense investigation. 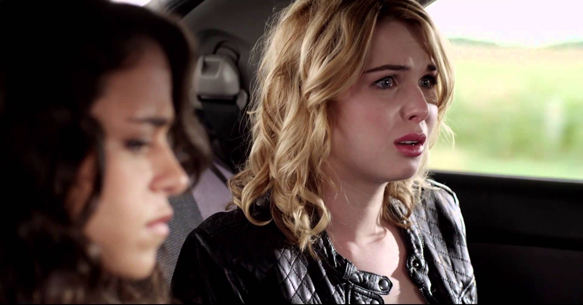 Moving forward, the audience is directed to friends on their way to the Road Rally 1000 in Canada to race in two vehicles.  The group consist of Jordan (Jesse Hutch: The Butterfly Effect 2004, Smallville series), his girlfriend Jewell (Kristen Prout: Seven Deadly Sins series), Mickey (Ben Hollingsworth: A Flesh Offering 2010, Suits series), Austin`s girlfriend Alisa (Leela Savasta: Black Christmas 2006, Cash and Burn 2009), Austin (Gianpaolo Venuta: Being Human series), and Bobby Crow (Jake Manley). Not long into their trip they end up crossing Rusty on their way along the infamous Route 17. Playing silly games , like many before, they are swiftly brought to their bloody brutal deaths with only two of them surviving.  Officer Williams gets very close to capturing Rusty, only to be foiled by him, leaving the revenge to survivor Jordan. Vengeance and stopping Rusty are the only things on Jordan’s mind as he and Rusty have a brutal bloody showdown at a junk yard.

Joy Ride 3: Road Kill featured strong acting and is a solid sequel.  While not offering anything new or exciting it is still well executed with plenty of blood and gore to keep fans satisfied.  CrypticRock give this movie 3 out of 5 stars. 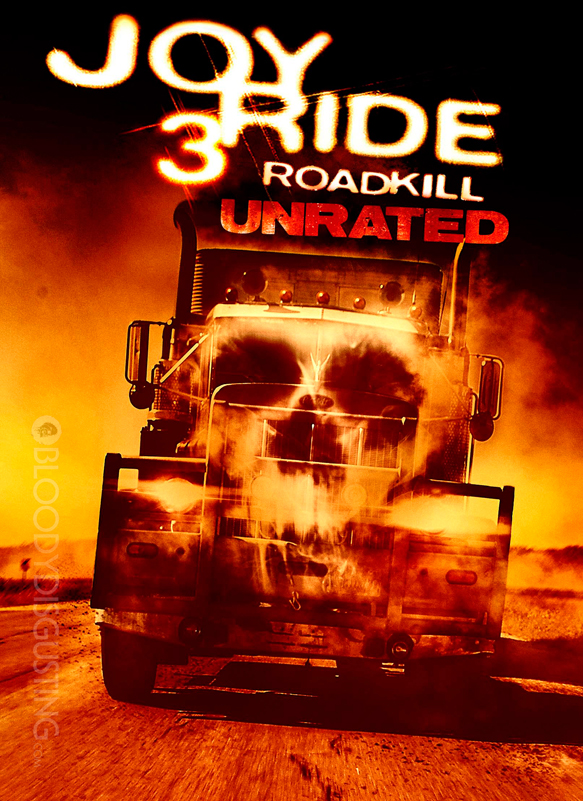