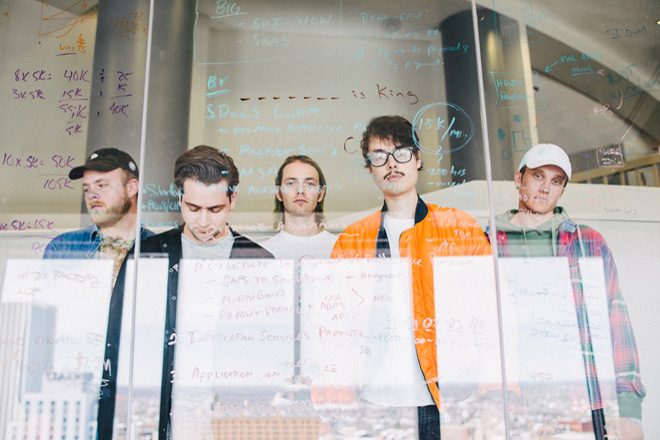 After causing a stir in the Indie scene in the advent of the 2010s with a couple of mini-albums and a number of chart-topping singles, Joywave finally released its first full-length in 2015. Now, the band is set to unleash another electro-charged batch of catchy tunes that are sure to send waves of sonic joy to the senses of their fan and would-be fans.

Certain corners of its music jive with the Industrial excursions of Depeche Mode (“I Feel You”), Siouxsie Sioux (“Into a Swan”), Alphaville (“Fever!”), and Gary Numan (“My Name Is Ruin”). There is also a Twee Synthpop side of it that emanates the current state of the genre’s affair, which makes Joywave in league with many of today’s Electropop groups like Empire of the Sun (“Walking on a Dream”), Electric Youth (“Innocence”), and Broods (“Never Gonna Change”).

Slated for release on July 28, 2017, via Hollywood Records, Joywave’s sophomore album, titled Content, opens unassumingly with the title track that starts smoothly like a silent ocean wave and then explodes into a cacophony of countless sonic shards. Following next is the cool mid-tempo “Shutdown,” whose angular guitars slice like that of Garbage’s “Stupid Girl” or The Heart Throbs’ “Dreamtime” and whose trebley bass hooks recall Peter Hook’s post–New Order excursions. “It’s a Trip” is a sudden change of style – a hint of Reggae and a jab of the J-Hop antics of Gorillaz (“Clint Eastwood”). A further trip into the unpredictable unknown ensues with the sensuous and Rave-ready “Rumors.”

After a short, confident interlude, “Doubt” takes the listener to Alternative Rock proper, with a hint of Post-Grunge fuzz that pays homage to the likes of Dig (“Believe”), Bush (“Comedown”), and Placebo (“Every You, Every Me”). Joywave shifts to another rhythm off-kilter with the jagged, melodic, and bittersweet “Going to a Place.” Joywave then fashions the ensuing “Little Lies You’re Told” in a similar sonic styling, albeit in darker terms.

New Wave enthusiasts will most likely fall starry-eyed and head-over-heels with “When You’re Bored,” which deserves to grace the playlist of many a John Hughes–inspired promenade nights; what with its ghostly keyboard melodies, haunting guitar plucks, synthesizer-generated percussive parts, and dancefloor-enticing beats that emit reverberating echoes of The Cure (“Lovesong”), The Mission (“Butterfly on a Wheel”), The Bolshoi (“T.V. Man”), as well as New Order (“Krafty”) and also glazes of the latter purveyors of the genre, such as The Postal Service (“Such Great Heights”), The Killers (“Human”), and Nightmare of You (“I Want to Be Buried in Your Backyard”).

Nearing the end of the album, the enthralling “Thanks, Thanks for Coming” is an aptly titled penultimate track. Then Joywave wraps up its latest delight of an album with the slow piano ballad “Let’s Talk about Feelings” – an appropriate album closer, which also implies that the band has just started and still has lots to say and sing about.

Alternative Rock and Indie Pop music have never been less exciting. In every decade since its inception, there have always been good purveyors of these genres. In the current scene, Joywave is one of them. Content is just the second in, hopefully, a long wave of albums that the quirky American band is deemed to make in the years to come. CrypticRock gives Content 4 out of 5 stars. 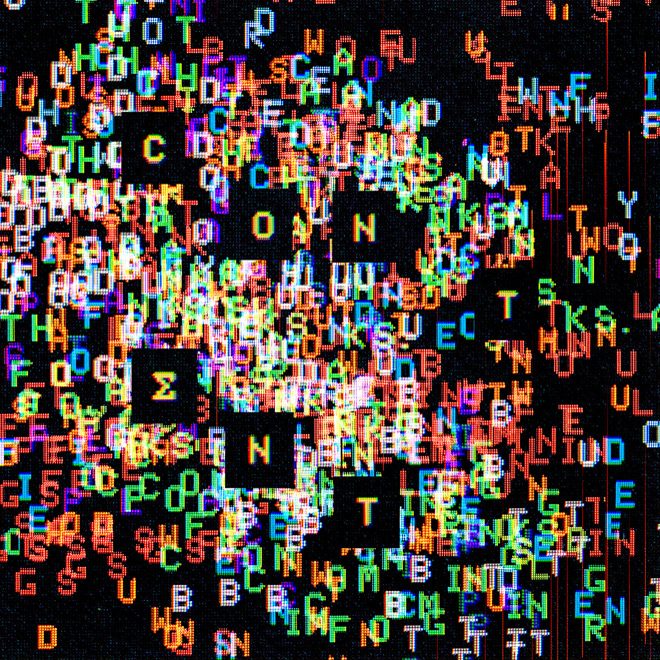