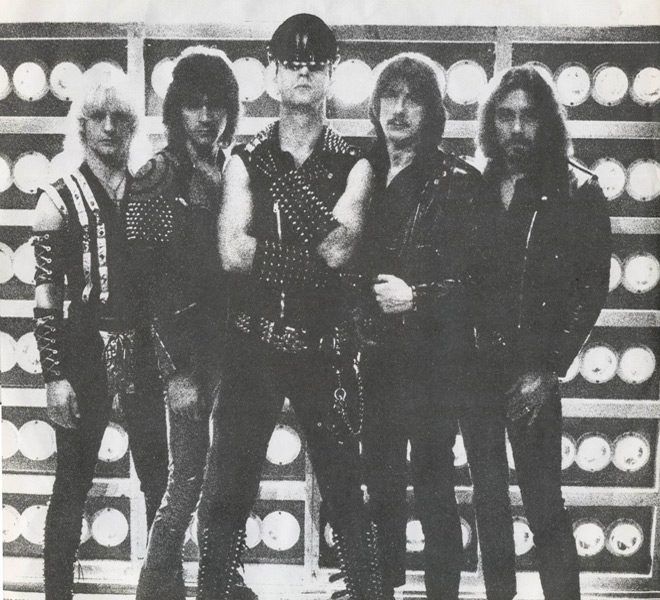 In 1982, times were beginning to change in the world of technology, and with the launch of the Commodore 64, computers were now available for home use. A life-changing event, the first Compact Disc players were being sold in Japan, and for the first time ever, Time Magazine named their first non-human “Man Of The Year” and gave it to the Computer.

It was also the second year that MTV was on the air leading to the mainstream effect of music videos on consumer’s televisions. A Flock Of Seagulls “I Ran” would regularly air on MTV, Michael Jackson released Thriller, and the most popular song of the year was Olivia Newton John’s “Physical.” With those choices in music, Heavy Metal fans were craving a new summer release to sink their teeth into, and Judas Priest would be the one to satisfy that craving with their eighth studio album, Screaming for Vengeance, preparing for impact.

After spending the first five months of the year recording at Ibiza Sound Studios in Spain, and mixing at Bee Jay Recording Studios and Bayshore Recording Studios in Coconut Grove, Florida, the band – Rob Halford (vocals), Glenn Tipton (guitar), KK Downing (guitar), Ian Hill (bass) and Dave Holland (drums) – with Producer Tom Allom, would soon be ready to release what they hoped would be their next big album; they must have had a crystal ball. All the songs were written by Tipton, Halford, and Downing, with the exception of “(Take These) Chains,” which credits Bob Halligan Jr.

An anticipating day in the Rock/Metal world, on Saturday, July 17th of 1982, Screaming for Vengeance hit the record stores, and in just a few short weeks after, the single “You’ve Got Another Thing Comin’” hit radio airwaves across the world. Meeting expectations, Metal lovers were very satisfied with the heavy, yet modern sound of the album and were compelled by the more modern look of the album artwork from Doug Johnson. Firing on all cycles, soon after the album’s release, Judas Priest began The World Vengeance Tour, concentrating on North America all throughout the summer and fall of the same year. Popularity was growing, album sales soared; by October, Screaming For Vengeance was certified Gold. Now celebrating its 35th anniversary, the album is certified Double Platinum, one of Judas Priest’s best selling albums ever, and a landmark in their career.

Introducing listeners to the album, a short, only forty-one seconds, extremely powerful instrumental, “The Hellion,” kicks things off. Then, with a seamless stride, the single “Electric Eye” gets head-bangers moving to a steady beat while Halford tells the story of an electric spy. Tipton and Downing go head to head in the solo, and as a result, it became a fixture at Judas Priest concerts, often serving as a lead-off track. Next, “Riding on the Wind” has a familiar sound and can be a reminder of “Desert Plains,” but as you listen, the song takes on a life of its own.

On “Bloodstone,” Halford gives his all with epic vocals and high notes only he could reach. With the powerful drumming of Holland and the steady heavy bass of Hill, this song has a constant driving force and carries the Tipton/Downing solo to great heights. Now it is time to take the tone down a little with the heart-wrenching power ballad “(Take These) Chains.” Do not be fooled by the slower tempo as this was one of the most powerful Heavy Metal ballads on the airwaves at the time. Picking the tempo up from the last song, “Pain and Pleasure” delivers a struggling story of love, Halford’s vocals easily has the listener feeling his angst.

At this point, it is time to go to the record player and turn the album over. With that switch and drop of the needle comes the bold, fearless, and fast-paced title-track,”Screaming for Vengeance,” where Halford holds nothing back. Once concluded, a steady Rock-driven beat comes with the chart-topping single “You’ve Got Another Thing Comin’.” A signature and true Judas Priest classic, alongside tracks such as 1980’s “Breaking the Law,” it is a standout sing along at their live shows.

What really stands out with Screaming for Vengeance is the album’s ability to change directions seamlessly. No two songs are alike and they shift the tone once more as Halford draws his prey in before the rest of the band gives life to “Fever.” With a mesmerizing duel guitar solo midway, Halford takes the song even higher towards the end, making it a bold moment. Lastly, the album closes out on fire with “Devil’s Child,” a good time, rocking song which has always found a home on many Judas Priest setlists through the years.

Sustaining rough patches through the years, Judas Priest are alive and well in 2017, led by Vocalist Rob Halford, Bassist Ian Hill, Guitarist Glenn Tipton, Drummer Scott Travis, and Guitarist Richie Faulkner. Debutting in the US top-10 for the first time ever back in 2014 with Redeemer of Souls, the band has done their share of touring over the past few years, teaming up with the likes of Scorpions in 2014 and Mastodon in 2015. In more recent news, Judas Priest are reportedly putting the finishing touches on what is to be their eighteenth studio album. With no name or release date announced yet, fans eagerly await for more detail with the knowledge that the band is also planning a major world tour come 2018.

Truly Metal Gods, thirty-five years later, Screaming For Vengeance has stood the test of time and respected publications such as Kerrang! and Rolling Stone ranked it one of the greatest Heavy Metal albums of all-time. A tough claim to debate, it is an album that should be in any true Metal fans collection and is part of the reason Judas Priest is still going all these years later. 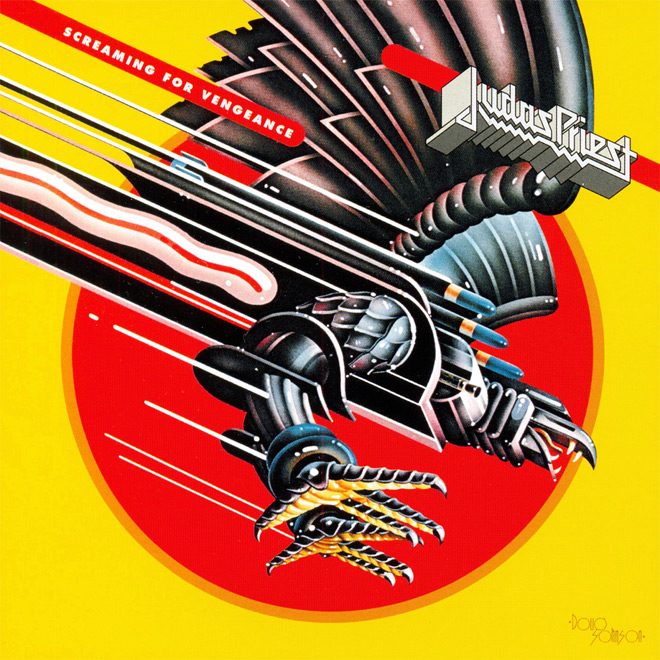