Back in 1976, The Heavy Metal scene in the United Kingdom was being taken over by a strong presence of Punk Rock. So when Judas Priest released their second album, Sad Wings of Destiny, on March 23rd of that year, it unfortunately did not initially receive the recognition it rightfully deserved. Although, like a fine wine, time was good to the recording, as true Heavy Metal fans could not ignore its powerful presence. Now forty years later, Sad Wings of Destiny has stood the test of time and is arguably one of Judas Priest’s strongest recordings.

Heading into the Rockfield Studios in Wales during the cold months of November and December of 1975, Rob Halford on vocals, KK Downing on guitars, Glenn Tipton on guitars, Ian Hill on bass, and Alan Moore on drums set out to record Sad Wings of Destiny. Returning to the studio over a year after their 1974 debut, Rocka Rolla, the band wanted more control over what was going to be recorded and released in their next album. Tipton, being new to the band at the time of the recording of Rocka Rolla, Producer Rodger Bain rejected the inclusion of several songs he had written – “The Ripper,” “Epitaph,” and “Tyrant” (co-written by Halford) – feeling they did not have commercial quality. Another song withheld from the 1974 release was the ever-powerful song “Victim Of Changes.” A song written by Priest’s original singer, Al Atkins, and Downing, “Whiskey Woman” was reworked and combined with a song that Halford had written when he was in his previous band, Hiroshima, “Red Light Lady.” Working with new producers for the recording of Sad Wings Of Destiny, Jeffrey Calvert and Max West were convinced by the band to include these songs on the record; this proved to be a very wise choice.

Following the release of Sad Wings of Density, during the months April to June of 1976, Judas Priest would head out on a headlining tour in the United Kingdom in its support. At this point in their history, the band had not appear in leather and studs, instead they wore the typical mid-1970’s Rock fashion of bell bottom jeans, satin frilled dress shirts, and high heeled boots. While the record was rather under-appreciated at the time, the tour did help in promoting it, helping it peaked at #48 on the UK charts. This would only be the beginning of the legacy of Sad Wings of Destiny as the album’s momentum continued to grow, and by 1989, it went gold.

As for the listening experience, putting the album on the turntable, the needle hits the vinyl and the listener’s mind gets blown away as they get hit with “Victim Of Changes.” The longest song on the album, just shy of eight minutes, it is a melodic sensual journey of man and woman and the struggle a relationship can endure in the face of change. With different time signatures throughout, dueling guitars, with Downing taking the first lead mid-song and Tipton taking the second lead after the final verse, as well as Halford’s classic way of telling the story, this song is still a mainstay at Priest’s live shows to present day. Another mainstay is “The Ripper,” the next song on Side One. With its mysterious and sly, slinky riff’s and Halford reaching high notes effortlessly, it is a high-powered song that would be sure to inspire Thrash Metal bands in the future.

Departing from the heaviness of the first two songs, “Dreamer Deceiver” has a very light, dreamy, melodic groove. Halford not only hits some beautiful high notes, but he also showcases his baritone notes as Tipton plays a soft, meaningful lead guitar mid-song that just takes the listener away. Then it is time for the listener to hop on a horse and gallop away to the beat of “Deceiver.” With its high tempo and Downing taking the lead part in this song, it was a perfect way to end Side One.

Turning the album over to Side Two, “Prelude” starts it off with a strong instrumental piece featuring the piano; it is also the shortest song on the album at just over two minutes. Then, just like that, the guitar rips in and you are thrust into “Tyrant.” Upbeat and full of fury, this rebellious song showcases a classic dueling guitar solo by Tipton and Downing. The seventh song on the album, “Genocide” has bits and pieces of Judas Priest’s future. It has a heavy tempo that will be heard more in future albums as well as the lyrics, “Sin after sin,” which was used as the name of their follow-up album.

After the excitement of “Genocide,” the next track starts with the piano and continues on a slow, quiet path. “Epitaph” is like no other song on the album; it has a show-tune like quality with Halford showcasing his fascinating vocal range. But when the song is over, the tempo picks right back up to full speed and “Island Of Domination” takes over. Rocking hard with a heavy backbeat, mid-song, the tempo drops down and provides a striptease feel. But the song ends with the high tempo, and the last thing the listener hears is the echo of Halford’s voice to close out the album.

The cover art is a stunning painting by artist Patrick Woodroffe. The piece is named Fallen Angel and it depicts a rather fit male angel, complete with wings, looking down at the hellish flames all around him. He is also seen wearing a devil’s three-pronged cross, which became a symbol for Judas Priest, even using it to replace the “t” in the band’s name. The back cover art features a photo of each band member in a concert setting, with Halford front and center in a pose similar to the angel on the front. In the late 1970’s to mid-1980’s, plain jean jackets with a fan’s favorite band’s logo painted on the back panel of the jacket were quite popular. Woodroffe’s artwork from this album was often duplicated by aspiring artists and proudly displayed for everyone to see in the schoolyards and concert halls of that era.

Judas Priest has a long, rich history enduring some rough patches and personnel changes, but they have lived to tell the tale, still going strong over forty years later. Among the known changes, in 1989, Scott Travis joined the band and has been their drummer ever since. In addition, back in 1992, Rob Halford left the band with 1996 to 2003 featuring Tim “Ripper” Owens as the band’s vocalist till Halford’s returned in 2003. More recently, KK Downing left the band in 2011 to pursue different avenues and has been replaced by Richie Faulkner on guitar. Still as vital as ever, fans will be elated to know that on March 25th, the band released a new CD and DVD, called Battle Cry. The new release features live recordings and footage from their 2015 tour supporting their last studio release, Redeemer Of Souls. Be sure to pick up a copy of Battle Cry to be witness to Judas Priest’s latest version of “Victim Of Changes.” 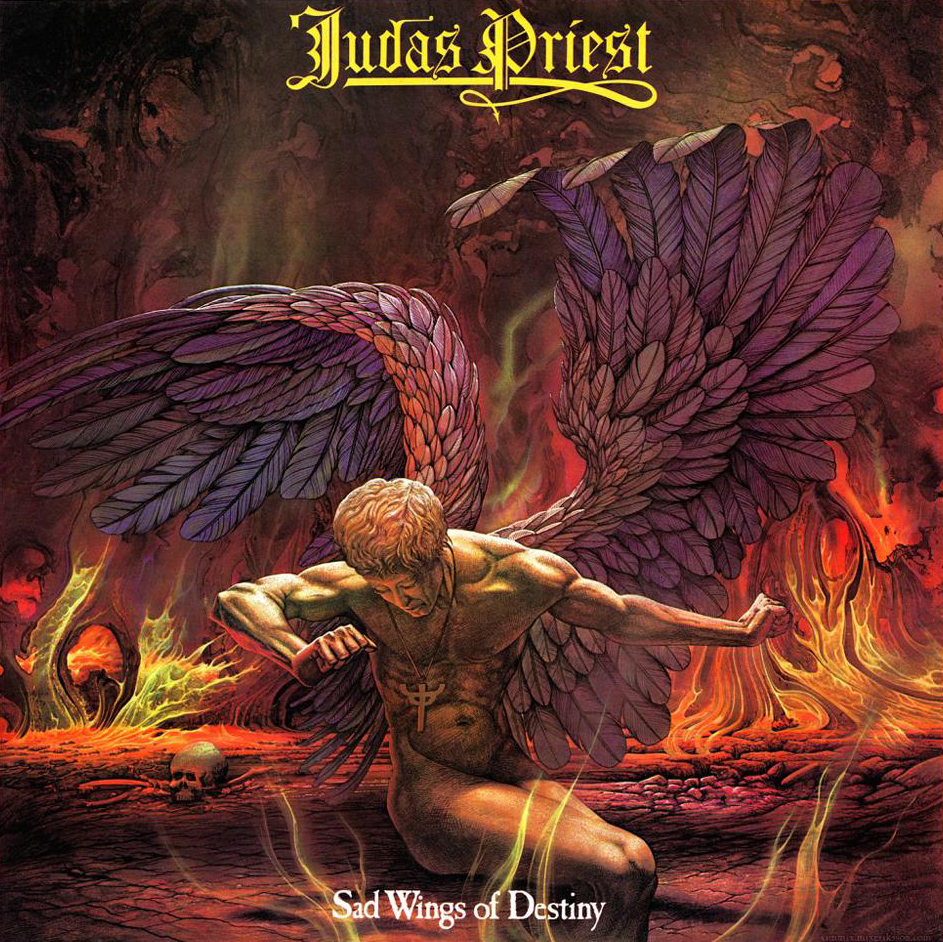