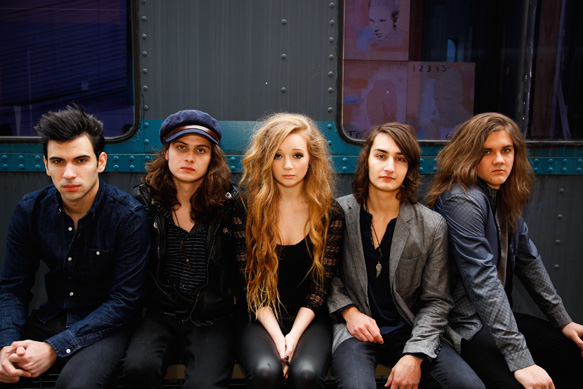 Jule Vera is a relatively young band out of the small town of Opelika, Alabama. Come together back in 2013, when the members were still teenagers, their sound can best be described as mix between Pop with textures of ambient Rock. Led by vocalist Ansley Newman, the band is completed with guitarist Jake Roland, bassist William Stacey, and drummer Hogarth Horvath. Making their debut at Vans Warped Tour back in 2013, the band will be a part of the Summer’s festivities again in 2015, but this time with a new sense of maturity and understanding as they release their debut EP Friendly Enemies via Pure Noise Records on June 30th.

The first song off of Friendly Enemies begins with the gentle piano strokes of “1896” as the vocals of Newman fade in similar to that of Amy Lee of Evanescence. A brief introduction, it segues smoothly into “Chemical Machine” where Newman’s strong voice takes center stage as a catchy melody immediately grabs the listener’s attention. When hearing Newman’s singing, it is difficult to believe that the singer is not even twenty years old yet by the depth she conveys. Bringing the music closer towards Pop than the previous songs were, “Light the Night” reminds a little bit of Katy Perry and such with the catchy and thriving melodies. The lyrics are beautiful, the guitar work is crystal clear, and the chorus will immediately uplift with an upbeat tone.

On “One Little String,” listeners will be animated to sing, hum, or even clap along. Spreading happiness and joy with the fun lyrics, it is a silky Pop track that could easily fit on a variety of radio formats. On a more serious note, there is “Die Trying” with somber piano keystrokes and low-pitched tone of Newman carrying the weight of the emotions of the lyrics. Reaching into the realm of a band like Eisley, the track is a majestic piece that could be the best off the record. Continuing the slightly more darkened mood, “Scarlet Letter” is only accompanied by piano as Newman sings about some sorrows life has to offer. Showing the sincerity in her voice, the inflections with each passing note will leave the audience yearning for more. Being sure to mix things up, the title track follows with a more upbeat tone that is slightly tougher and louder than the others before it. Much faster and pushing the listener, the heavy guitars and throbbing bass of “Friendly Enemies” show a different side of Jule Vera. This leads to the finale, “You Can’t Mess Up,” another accelerated piece that is an empowering, motivating song about living one’s life and leaving others behind by doing so.

Friendly Enemies is wandering between Pop Rock and Alternative Rock. With a strong voice and catchy melodies, Jule Vera will definitely get some of the songs on this debut EP stuck in the listener’s head. Amazingly, this is only the beginning for this band who has a very bright future. CrypticRock gives Friendly Enemies 3.5 out of 5 stars. 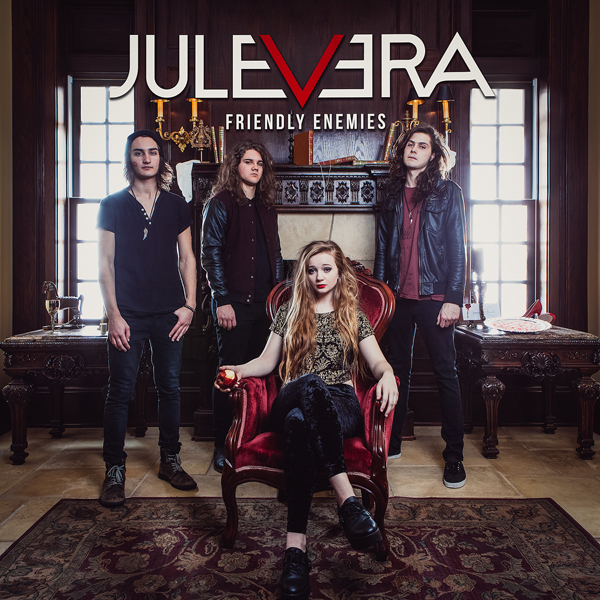