Julian Lennon Reveals ‘Through The Picture Window’ Via Ground-Breaking App

To say things have changed in the way artists can reach their fans since Julian Lennon released his debut album Valotte in 1984, would be a massive understatement. No internet, iTunes, YouTube or social media, back then it was ‘get it on the radio’ and ‘get me on TV,’ which Julian did, resulting in two US No.1 Mainstream Rock hits along with Top 10 hits around the world. Fast forward to today with advancements in modern technology, Julian, like many artists, found a new way to deliver his art to fans in the form of a ground-breaking App delivering his latest work in an audio, film and visual interactive format. Please visit www.julianlennon.com for more information.

The Julian Lennon App, released today, priced at $11.99 on iTunes, is available in all formats – Apple, Android, Windows, Kindle Fire, bringing the user’s experience to a new level directly connecting Julian with his fans. Displaying everything in rich high quality video, the App’s centerpiece is, Through The Picture Window, a frank, funny, lush and stylish feature-length documentary giving insight into what drives Julian as an artist and shines a spotlight on what it’s really like being Julian Lennon.

Filmed by award winning film-maker Dick Carruthers (Oasis, Led Zeppelin, The Killers, Aerosmith), Through The Picture Window is a feature length, in-depth look at the story behind his first studio album in more than fifteen years, Everything Changes, examining the history, influences and the creative process itself. For a sneak peek at the documentary, click the following link: http://www.youtube.com/watch?v=389zr20_5Xo

The lush and stylized film is packed full of fascinating imagery and exclusive interview footage featuring the likes of Bono, Steven Tyler, and of course, Julian himself. The interactive viewing mode of the documentary with animated butterflies tempts the user to explore the songs, videos and other content.

His latest album Everything Changes is another collection of powerful and sophisticated adult pop, which includes Someday; the superb collaboration with Steven Tyler, who comments“you can’t hide from a good song… it just blew me away.”

Through The Picture Window showcases and examines Julian’s work and relationships: what motivates and informs them; and in so doing frames a revealing portrait of Julian Lennon the Artist: the inside truth about his music, his philanthropy, and his new-found love of photography.

‘He’s an easy hang isn’t he?… when he’s not hitting you over the head with a whiskey bottle’ – Bono

* Through The Picture Window the feature length documentary.

* The visual album: Julian’s latest album Everything Changes in bespoke videos for all 14 tracks in rich, high def playback.

* Hidden features and bonus content for those with an inquisitive nature.

* Acoustic versions of all 14 tracks, synched with the videos

* Live switching between acoustic and album versions just by shaking your device!

* The full, frank and funny interview with U2 singer Bono, talking about Julian’s work and friendship.

* Paul Buchanan from The Blue Nile sharing his perception and experience of working with Julian in the form of a short film monologue.

* A lean-forward, interactive mode of viewing the film featuring on-screen Butterfly Links, that take the user above, around and beyond the linear film and back again.

* Fully interactive menus glide the user around the App.

* Users can download Julian’s Butterfly Artwork to their devices to use as wallpaper and screen savers.

The App also features links to many websites including:

* iTunes for Julian’s album Everything Changes.

* Lyrics, translations and sheet music for Everything Changes.

* Websites of contributors and associates.

This honest look at his creative world captures and reveals what moves Julian Lennon artistically, and gives an insight into the process by which he brings a project to life. 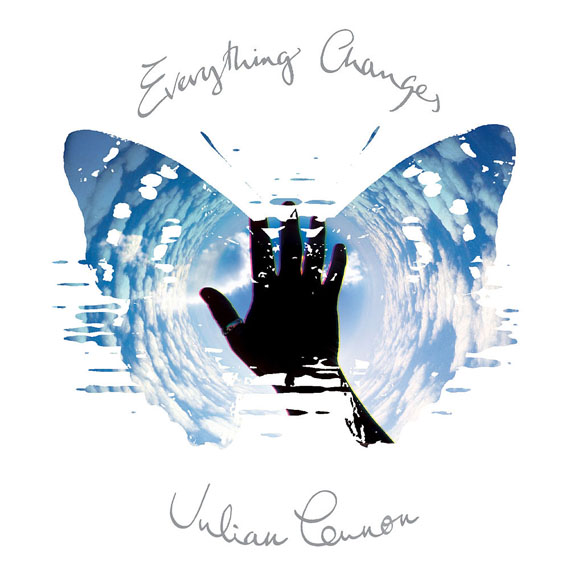 Saint Motel – The Original Motion Picture Soundtrack (Album Review)
Like the in-depth, diverse coverage of Cryptic Rock? Help us in support to keep the magazine going strong for years to come with a small donation.
Print page
0 Likes