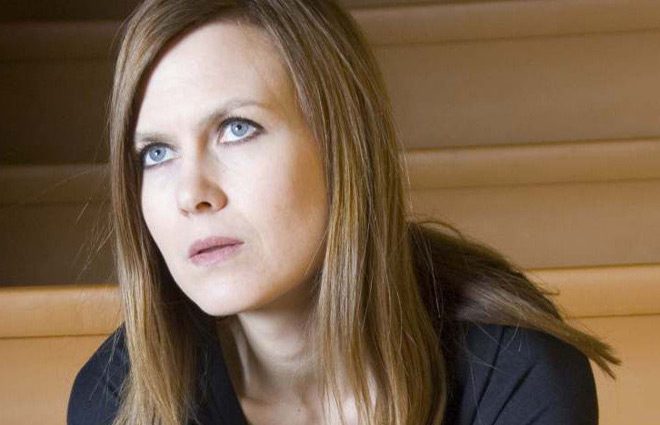 The Alternative Rock aficionado should be familiar with Juliana Hatfield as the leader of the ’90s-peaking bands Blake Babies and The Juliana Hatfield Three, as well as a frequent collaborator of Evan Dando and a member of the latter’s band The Lemonheads during its heyday in the said decade. Nevertheless, Hatfield is also a prolific musician and singer-songwriter in her own right. She embarked on a solo career in 1991 after the breakup of Blake Babies and has since been releasing albums on an average of one full-length every two years, from 1992’s Hey Babe to 2013’s Wild Animals. Now, Hatfield is about to unleash again another album. Titled Pussycat, it will be her fourteenth solo effort.

Slated to be released on April 28, 2017, on American Laundromat Records, Pussycat is a collection of fourteen newly penned tracks whose sonic styling may be regarded as a throwback to her ’90s heyday – melodic, pensive, introspective, fuzzy but not too grungy, girlish voice in multi-tracked vocal harmonies, and more Alternative Rock than Indie Folk-oriented, which is more akin to the sound of her early bands than the folky and stripped-down excursions in her latter works.

Pussycat opens to the count of “I Wanna Be Your Disease,” whose seemingly off-key singing style, which is the result of the half-descending chord progression and Hatfield’s semi-deadpan and partially sarcastic vocal tone, will remind the listener of her brooding melodies in her early songs such as “My Sister” and “Supermodel.” Following next is “Impossible Song,” whose choppy rhythm makes it a sure ear-catcher. The mood then slowly rises up with the sonically poppy yet lyrically unhappy “You’re Breaking My Heart” – an epitome of Hatfield’s trademark music-lyrics discordance. “When You’re a Star” quickly returns the listener to guitar angularity, expressed in a grungy, waltzy rhythm. Then there is the distinct double-note bass playing in “Good Enough for Me,” a characteristic of many of Hatfield’s previous songs; it will fit well on a playlist of similarly styled Alternative Rock songs such as Sonic Youth’s “Sugar Kane,” Popsicle’s “Histrionics,” The Dambuilders’ “Shrine,” The Smashing Pumpkins’ “1979,” Broken Social Scene’s “Cause=Time,” and Silversun Pickups’ “Lazy Eye.”

The straightforward Pop Punk ditty “Short Fingered Man” places itself in the league of Elastica’s “Stutter,” Veruca Salt’s “Seether,” and Belly’s “Feed the Tree.” This is followed by the album’s Grunge stompers, “Touch You Again” and “Sex Machine;” and then by the Dinosaur Jr.-sounding drag and drawl of “Wonder Why,” where Hatfield’s Twee-like voice transforms into a Grrl-y scream in some corners, coupled with a guitar feedback in the coda.

The title of the single-worthy “Sunny Somewhere” befits its New Wave sound… sunny, upbeat, keyboard-layered, textured, trebley, and catchy. “Kellyanne” follows with the same saccharine Indie Pop vibes. Another playful, punky track ensues in the form of the sardonic “Heartless.” Another rhythmically galloping song follows next, “Rhinoceros,” before the album closes with what may be described as Alternative Rock’s version of a bluesy ballad, “Everything Is Forgiven.”

Modesty aside, there is really nothing to forgive when it comes to Hatfield’s music. Twenty-five years have passed and yet the prolific yet moody and painfully amiable artist remains as honest and rebellious as always, at least with her music. Praises and compliments, after all, are what listeners should rather give to one of the genre’s original darlings. If songs are the ultimate basis of an artist’s ability to balance youthfulness and maturity, then Pussycat finds Hatfield well in the middle of this equilibrium. CrypticRock gives the album 4 out of 5 stars. 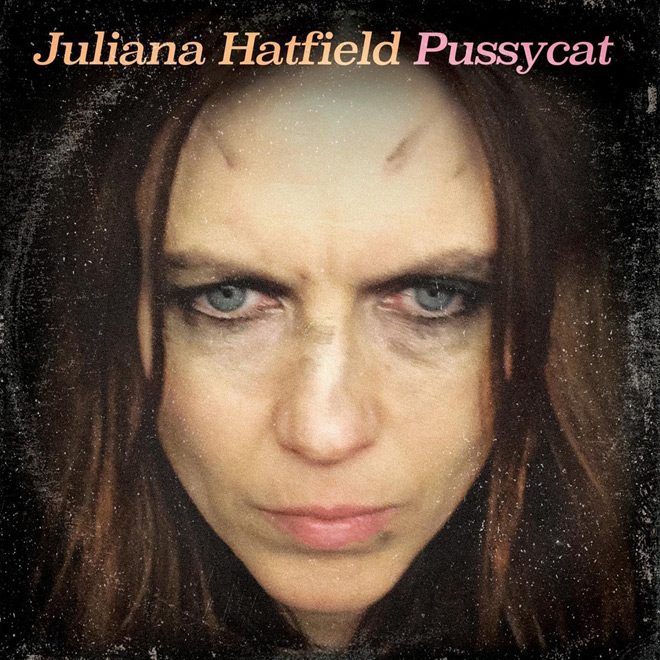