The adoption of a new member into one’s family is always a gamble. There is no telling what kind of baggage a child brings with them into your house and home. Director L. Gustavo Cooper (The Devil Incarnate 2013) takes us on a supernaturally charged trip to adoptive parenthood in his sophomoric feature film, June, released October 6, 2015 through De Angeles Films and Raven Banner Entertainment. Cooper teamed up with Sharon Y. Cobb (On Hostile Ground 2000, Lighthouse Hill 2004) to write the screenplay about a powerful yet uncontrollable little girl named June, played by The Walking Dead’s Kennedy Brice. The movie also stars Casper Van Dien (Starship Troopers 1997, Sleepy Hollow 1999), Victoria Pratt (Mutant X TV series, Hush Little Baby 2007), Eddie Jemison (Oceans 11 2001, Bruce Almighty 2003), and another Walking Dead alum, Addy Miller, while also boasting a plethora of producers, including Cooper, Jacquelyn Frisco, Gregor Habsburg, and Duane A. Sikes, along with Michael Paszt, Andrew Thomas Hunt, and James Fler of Sweet Karma (2009) and Avenged (2013). The music was composed by husband and wife team Juliette and Sean Beavan (Lost Highway 1997, Chernobyl Diaries 2012) while the special effects were supervised by Jeffrey G. Wicker (Devil’s Due 2014, Dawn of the Planet of the Apes 2014). 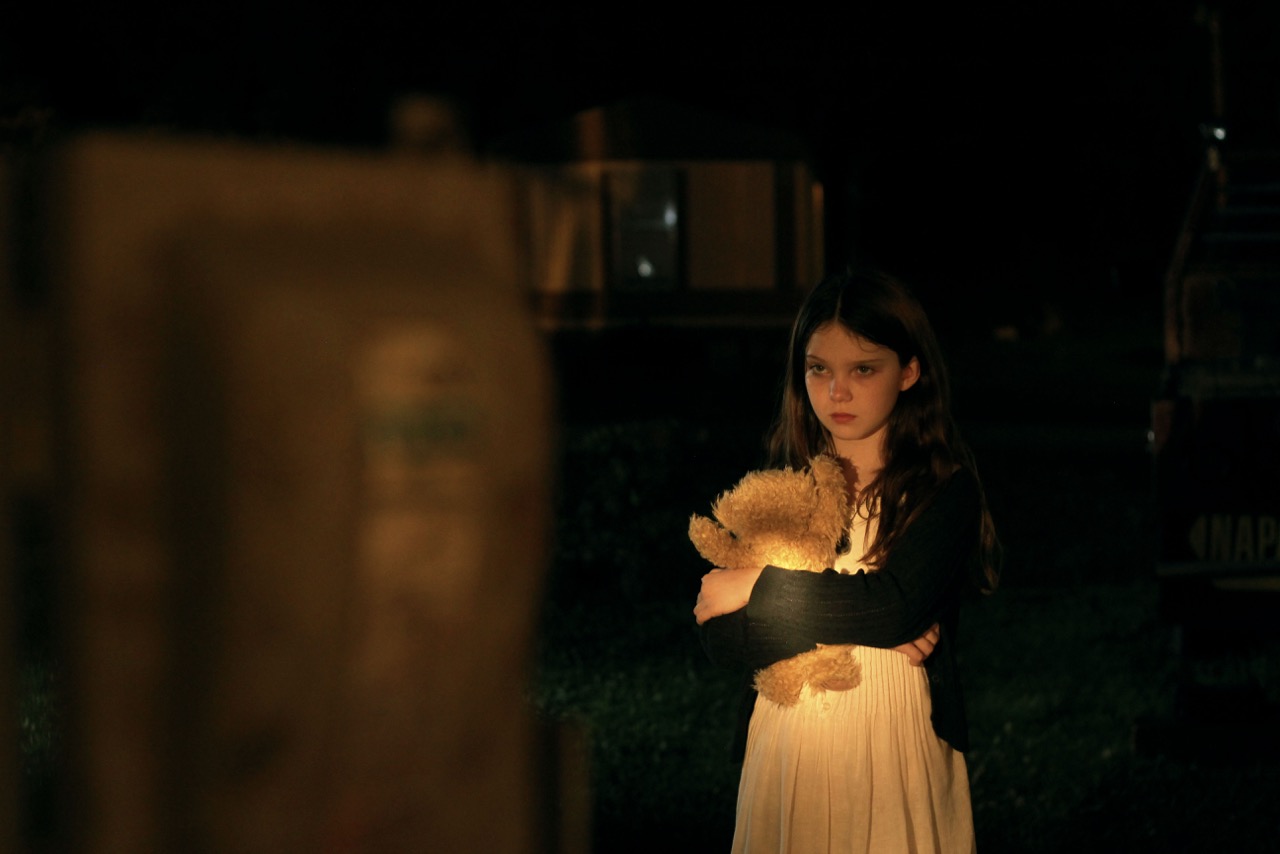 Filmed in Baton Rouge, Louisiana, June tells the story of nine-year-old orphan June (Kennedy) who brings death and destruction to every foster home she has ever lived in. When her Department of Children’s Services worker, Emmanuel (Jemison), sees that her most recent stop in the foster care circuit is doing her more harm than good, he promises to take her away and find her a loving home with parents who want to adopt her. Unfortunately, he does not finalize her move in time, and the white trash family keeping her gets a nasty surprise when one of June’s foster brothers plays a Fourth of July trick on her. June screams in frustration, calling on what seems to be her imaginary friend, Aer, and before anyone else can react, the entire trailer park is in smoking ruins. 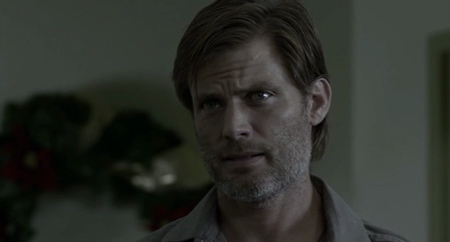 Fast forward, and June finally gets to meet the infertile couple who are willing to adopt her, Dave and Lily Anderson (Van Dien, Pratt), with Emmanuel paving the way for a smooth adoption. Since the DCF agent knows what will happen if shy, timid June gets angry, he goes out of his way to ensure a close connection between photographer Dave and homemaker Lily. Even the most thought out plans can sometimes go awry, though, and before long, strange things start happening in the Anderson household that make Dave suspicious of his new daughter, while at the same time, those same things make Lily all the more protective of her. Will Dave and Lily be able to keep June from getting angry enough to let them meet her friend, Aer? If not, will their love be strong enough to save the little girl they have become so fond of? 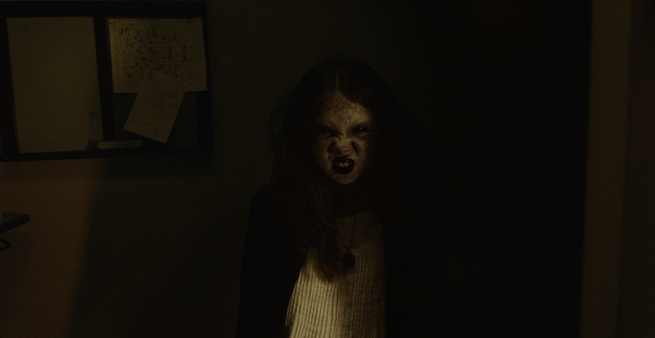 Just like Stephen King’s Carrie, June seems like just a sad, misunderstood, unwanted girl in a world full of people ready to sink their claws into her. Also like Carrie, June also happens to be able to affect the things around her without ever having to touch them, but is unable to control those powers. The movie itself is a slow burn, gradually filling in pieces of June’s past while tying up events from the beginning of the movie in a neat little bow. While there are some confusing bits about certain character’s motivations, the basic storyline is solid and most questions are answered in the first viewing. Kennedy does a great job as the troubled little girl, while Pratt and Van Dien play the parts of the loving yet terrified adoptive parents perfectly. For a tense, spooky Supernatural Thriller, be sure to check out June. CrypticRock gives June 3 out of 5 stars. 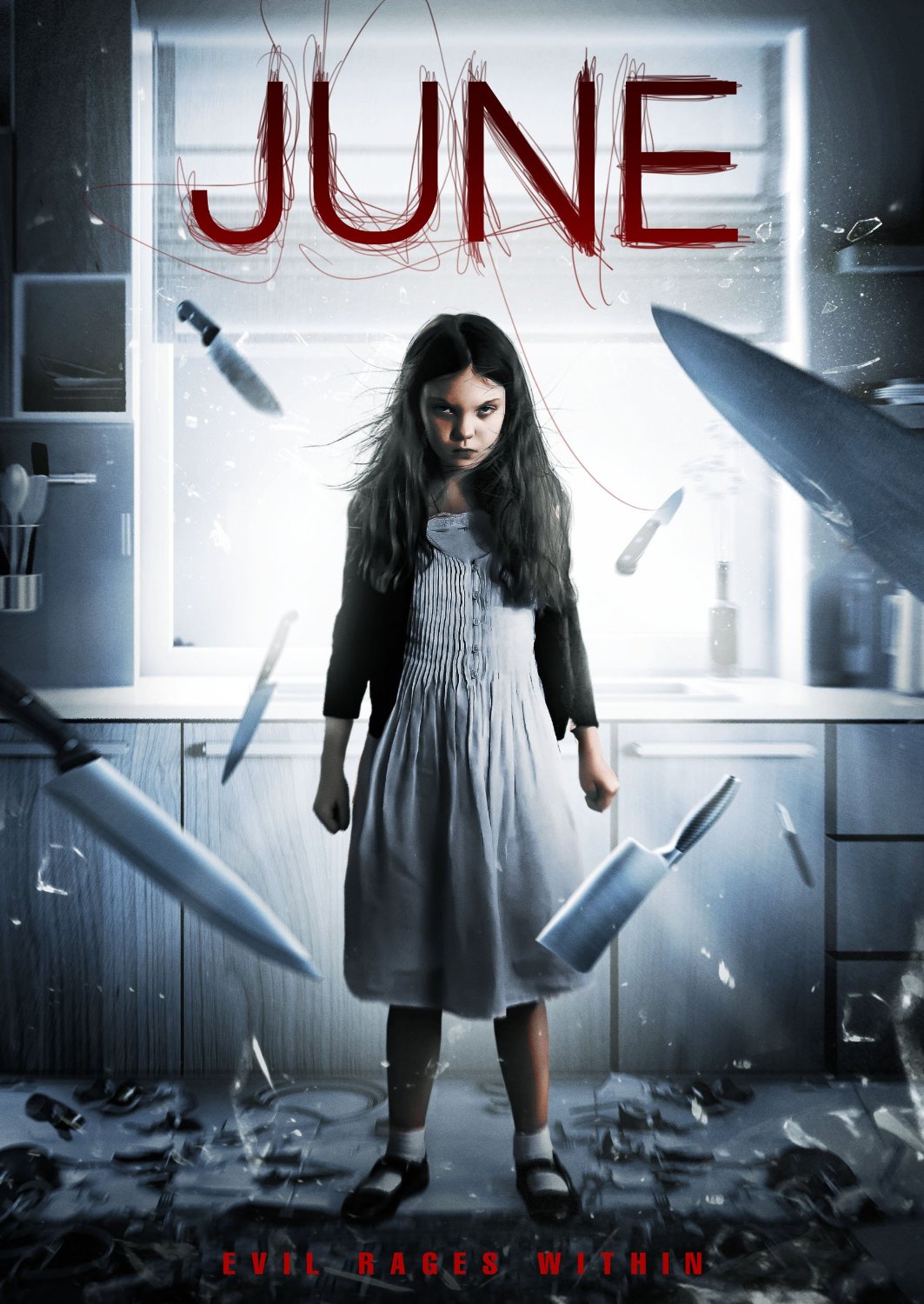 Purchase June on DVD on Amazon