Self preservation is an instinct that all living organisms share. When faced with near impossible challenges, something within awakens and survival is the only option, even if death would be much easier. Sometimes in the worst of situations, the best of a person is able to emerge and live to tell the best stories. The new Thriller Jungle is a true story based on the events of a young Israeli man, Yossi Ghinsberg, and is based on his autobiography, Jungle: A Harrowing True Story of Survival, of his lonely survival in the uncharted jungles of Bolivia. Directed by Australia’s Greg McLean (Wolf Creek 2005, The Darkness 2016), Jungle became available On Demand/Digital HD on October 20th through Momentum Pictures and challenges for one of the biggest surprise films of 2017. 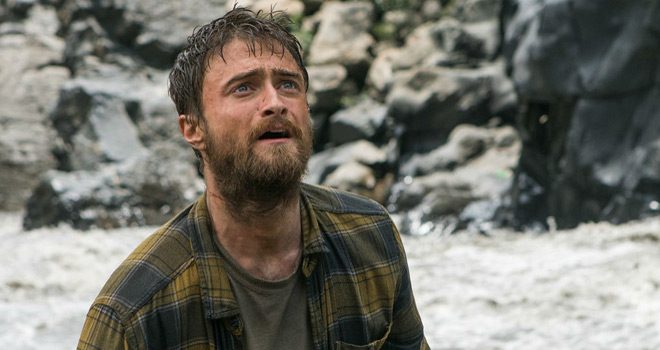 In 1981, thirst for adventure and something other than an ordinary life leads three friends – Yossi (Daniel Radcliffe: Harry Potter series, Victor Frankenstein 2015) , Kevin (Alex Russell: Chronicle 2012, Carrie 2013), and Marcus (Joel Jackson: Peter Allen: Not the Boy Next Door 2015, Safe Harbour 2017) – to La Paz, Bolivia. It is there Yossi meets Karl (Thomas Kretschmann: King Kong 2005, Wanted 2008), an Austrian geologist, who tells him tales of a hidden Indian village and gold deep within the jungle.

Karl insists that he has visited the tribe before and that they are all friends of his. He tells Yossi that he can take him there if he really wants to go. Yossi is excited to see something pure and untouched, quickly getting Kevin on board with the adventure. Marcus is hesitant but eventually concedes so that he is not left out. The four head into the jungle with only Karl as their guide.

At first everything is going as planned. The jungle is beautiful and the foursome are enjoying the long trek. Before long, though, Marcus begins to have issues with his feet. They are swollen and bloody. There is no way he will be able to continue walking. Kevin convinces the group to make a raft and get on the river since Karl insisted the tribe was somewhere along the route. There are obstacles and Kevin and Karl begin to fight. Karl tells them he will be walking for the rest of the way, but Kevin wants to continue on the river. Yossi knows that Marcus is in bad shape, but does not want to leave Kevin alone. The group agrees to separate. Karl will walk with Marcus and Yossi will continue on the river with Kevin. It is not long before Kevin and Yossi hit dangerous rapids. Kevin gets to shore safely, but Yossi does not, effectively separating the pair. 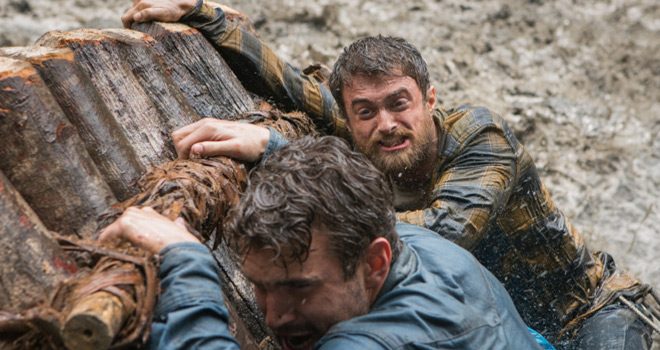 Yossi is now completely alone in a foreign jungle. Finding the tribe and gold no longer matters. All that matters is finding his friends and surviving the elements of the wild, dangerous jungle. Every step and minute poses new threats and obstacles for Yossi. Can he find his friends? Can he find his way out of the jungle in one piece? Will his mind remain intact through all the challenges and isolation?

Not all actors can hold their own with nature as their main adversary. That said, Radcliffe is the sole actor on the screen through the majority of the film and his performance is magnificent. Watching him evolve from a clean, happy young man looking for something more out of life to an emaciated, dirty, half-dead man doing everything he can to get back to his friends is awe-inspiring. Though the acting overall in Jungle is amazing, it is easy to forget anyone else exists as Radcliffe dominates the screen with one of the most believable performances of his career. The viewer cannot help but cheer for his successes and weep for the dangers he faces. He is successfully able to convey a man just desperate to hold onto his sanity and survive.

Yossi Ghinsberg’s true story of survival is incredible on its own. Mclean and Screenplay Writer Justin Monjo (Bait 2012, The Turning 2013) were expertly able to capture the dire situation that Yossi faced in those three weeks. Most based-on-true-story movies fall flat in emotion and fill the film with nothing but facts. It is quite the opposite with Jungle because the viewer is able to feel like a participant even though Yossi is all alone in the jungle. 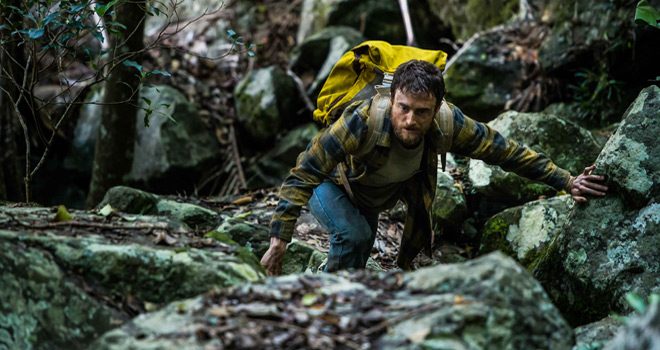 Yossi encountered so many different issues in the jungle that it is not hard to imagine it was difficult to chose what to include and not. With what is shown on screen alone is harrowing and amazing, adding almost anything else would have taken away from the film. It would have also made the viewer not as interested in finding out everything possible of the real Yossi. That is the true testament of a film that is based on truth. Wanting to learn as much as possible of the real persons behind the action give the viewer an even stronger feeling of being invested in what happens on screen.

Overall, Jungle is the classic man versus nature film. Nature is an untamed beast that often times will get the better of those not mentally or physically prepared. Sometimes, though, even the most fit can become the victim of a world where man dares not to touch.

The story of Yossi’s survival in the jungle in itself is remarkable, but it is Radcliffe’s portrayal that makes the film breathtaking. It is difficult to imagine that a real person was able to survive through the things portrayed in the film and live to tell about it. It is for these reasons that CrypticRock gives Jungle 4.5 out of 5 stars. 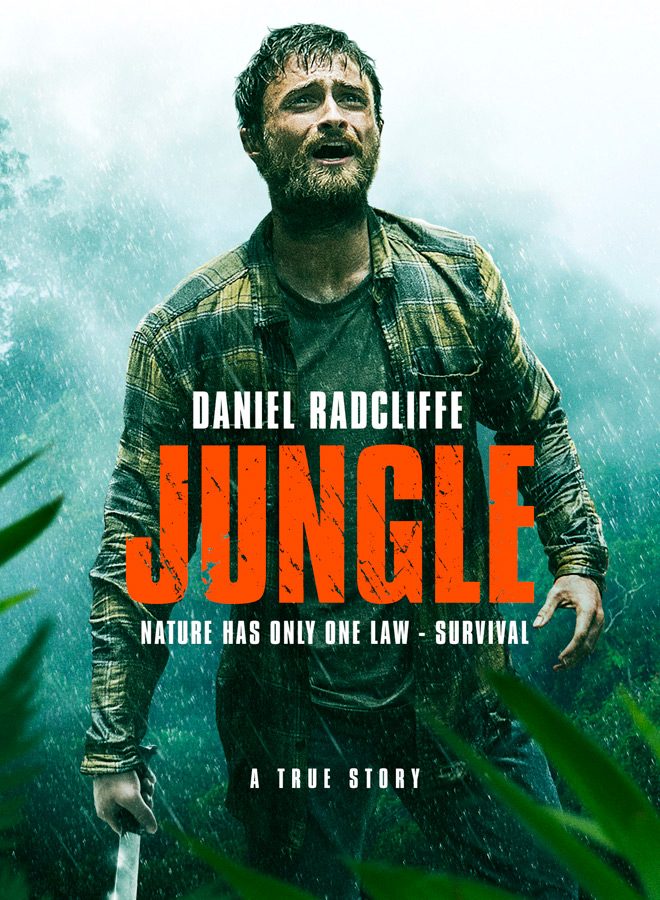