In the early ’90s, Steven Spielberg blew the world away with his monumental translation of Michael Crichton’s best-selling novel, Jurassic Park. A massive blockbuster hit in 1993, Spielberg literally influenced a new generation to fall in love with dinosaurs through the magic of special effects and CGI. Following up in 1997 with a new story, The Lost World: Jurassic Park saw more big numbers at the box office. Then, it seemed that Jurassic Park’s time had come and gone as the ’90s ended, but in 2001 Jurassic Park III was unleashed onto the world. 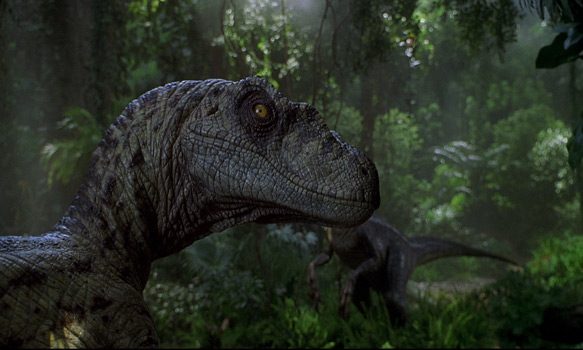 With a large gap in between films, Jurassic Park III had been in the making for some time. Initially announced in 1998, by the time it finally saw the light of day three years later, it was almost an afterthought to core fans. While not entirely a children’s film franchise, most of the fanfare in the decade prior came from pre-teen to young teenage kids who were into dinosaurs and Science Fiction related films. By 2001, most were out of high school and entering early adulthood. Thankfully for Universal Pictures, curiosity was peeked in kids of all ages and on July 18th of 2001 many flocked to theaters.

The first film in the series not based on a novel, when it came time for Jurassic Park III to ramp up filming, Spielberg’s plate was already too full so he nominated his friend Joe Johnston (Jumanji 1995, Captain America: The First Avenger 2011). Not an out of the blue decision, Johnston had been chomping at the bit, hoping to direct a film in the Jurassic Park franchise with Spielberg taking a producing credit.

The intention of the new prehistoric vs modern world script was to bring the character of “Dr. Alan Grant” (played by actor Sam Neill: Event Horizon 1997, Alcatraz TV series) back after a one-movie hiatus. After a couple rounds of rewrites, the plot was locked down until filming was just about to start, then Johnston realized the plot’s over-complexity. Ultimately, he made the decision to whittle the plot down to a rescue scenario: Dr. Grant – now infamous for his involvement with the ill-fated Jurassic Park, desperate for funding to continue his dinosaur research – is approached by and tricked into visiting Isla Sorna with a lost child’s parents. Dinosaurs attack, the plane crashes, and you know the rest. 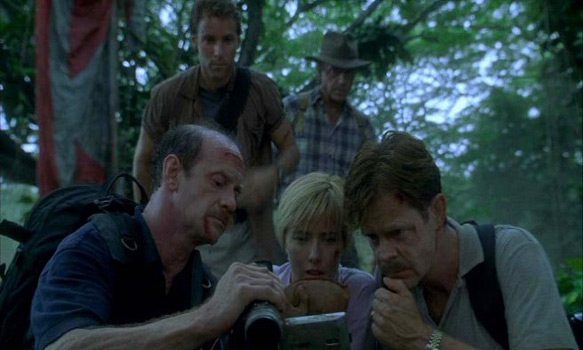 With a solidified plot, the cast had to be assembled next. Neill was already established in the role of “Dr. Grant,” joining him, new actress Téa Leoni (A League of Their Own 1992, Ghost Town 2008) and Actor William H. Macy (Fargo 1996, ER TV series) were cast in the roles as the worried parents. Their merry band of hired mercenaries were played by John Diehl (Miami Vice series, Stargate 1994) and the late Michael Jeter (Sister Act 2: Back in the Habit 1993, The Green Mile 1999).

Neill gave an all-knowing, stoic delivery in his role as Dr. Grant, though many viewers found Leoni’s character, Amanda, annoying due to her constant screaming despite Grant’s admonishments. Her husband, played by Macy, is merely bumbling, while the mercenaries serve no greater purpose than dinosaur food. In fact, the parents’ characters were so obnoxious that many wished the pair had been eaten by the dinosaurs, as well.

Despite flaws in Jurassic Park III, the plot is largely cohesive. Perhaps it was the on location shooting that strengthened the believability. Then there were the special effects, and some of the effects were obviously created on a soundstage, notably the parasailing sequence, which immediately caused audiences to grapple with their willingness to suspend their disbelief.

It was evident that money had gone into creating the dinosaurs, though eye candy or powerful musical score alone could not carry the film. Speaking of the musical score, at the time of filming, John Williams was busy scoring the Spielberg/Kubrick opus, A.I.: Artificial Intelligence. Unable to score the new Jurassic Park film himself, Williams’ elected Don Davis of The Matrix franchise. Davis’ would intersperse the established Williams’ score for the previous films with original moments and revitalized sonics. 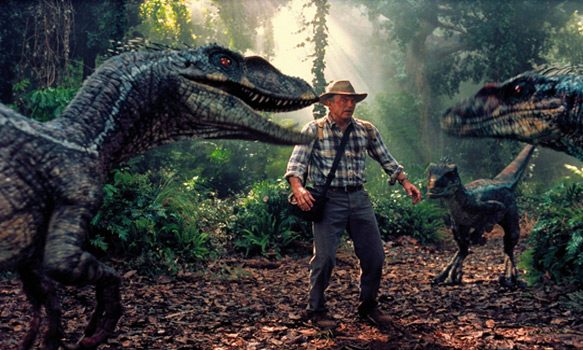 Overall, Jurassic Park III was met with highly mixed reviews from the public. Negative media reviews seemed to specifically target the heavy-handed directing, and the unintentional, campy family drama. Conversely, the movie earned nominations from Best Acting to Best Effects, and won Best DVD and Best Music during that year’s awards season. All these years later, some fans agree the film is not as bad as they had once thought upon initial introduction.

Additionally, the merchandising blitz that started with the original film continued with Jurassic Park III, before and after the film’s screen debut, including the Game Boy Advance video game Jurassic Park III: The DNA Factor.

Though clearly not the best film, in the franchise or otherwise, Jurassic Park III’s Pop culture relevance has continued throughout the years. In fact, it had enough pull that the franchise returned over a decade late with 2015’s Jurassic World. Bringing the franchise back from the brink of extinction. Jurassic World 2 is slated for a 2018 release, guaranteeing yet another generation’s fascination with dinosaurs – and Jurassic Park – for many years to come. 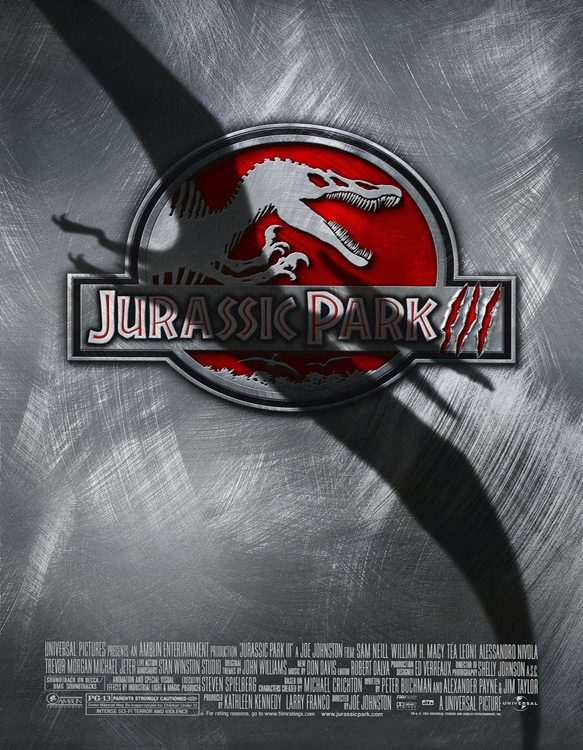