Fans of the Jurassic Park franchise, or at least the original film, have been eagerly awaiting the release of Jurassic World, the series’ first installment in fourteen years. In 1993, Steven Spileberg’s Jurassic Park, based on Michael Crichton’s 1990 novel, captured the imagination of audiences worldwide. Advertised as “An Adventure 65 Million Years in the Making,” it revolutionized the modern blockbuster. Its mixture of practical effects combined with cutting edge CGI, for which it won the Academy Award for Best Visual Effects, changed the way blockbusters were made.  The Lost World: Jurassic Park (1997) and  Jurassic Park III (2001) were considered by many to be disappointing sequels to a classic film. Fans can now breath a sigh of relief. Jurassic World is the sequel fans and audiences have waited twenty-two long years for. 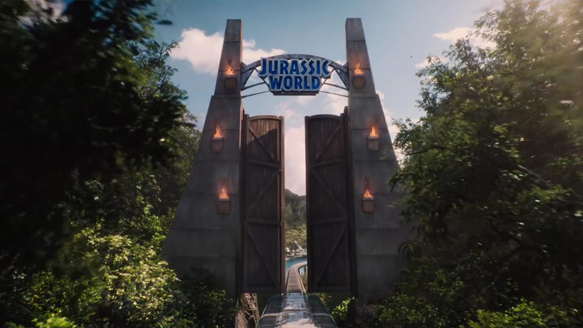 Directed by Colin Trevorrow (Safety Not Guaranteed  2012), Jurassic World transports audiences to a breathtaking adventure where the late John Hammond’s dream about a park where customers can enjoy the site of genetically modified dinosaurs has finally been opened on the island of Isla Nublar. Two brothers named Zach and Gray Mitchell (Nick Robinson- The Kings of Summer 2013 and Ty Simpkins- Iron Man 3 2013) are sent to the park by their mother to visit their aunt, the scientist Claire Dearing (Bryce Dallas Howard- The Help 2011, 50/50 2011). Claire is busy having more dinosaurs created in an attempt to boost the park’s attendance. The company, InGen, has developed the latest attraction- the Indominus Rex, which was made from the genes of several predators and other animals such as cuttlefish and tree frogs. Velociraptor trainer Owen Grady (Chris Pratt- Guardians of the Galaxy 2014, Her 2013) is sent to the park to investigate how safely enclosed the creature is before it is unveiled to the public. Owen warns Claire that the Indominus Rex is dangerous because it is not socialized to other dinosaurs in the park. Meanwhile, the park’s head of security, Vic Hoskins (Vincent D’Onofrio- Men in Black 1997, Full Metal Jacket 1987) informs Owen that he wants to use the velociraptors for military purposes. Owen argues the ethics with him. Soon enough, the Indominus Rex escapes and begins causing chaos. 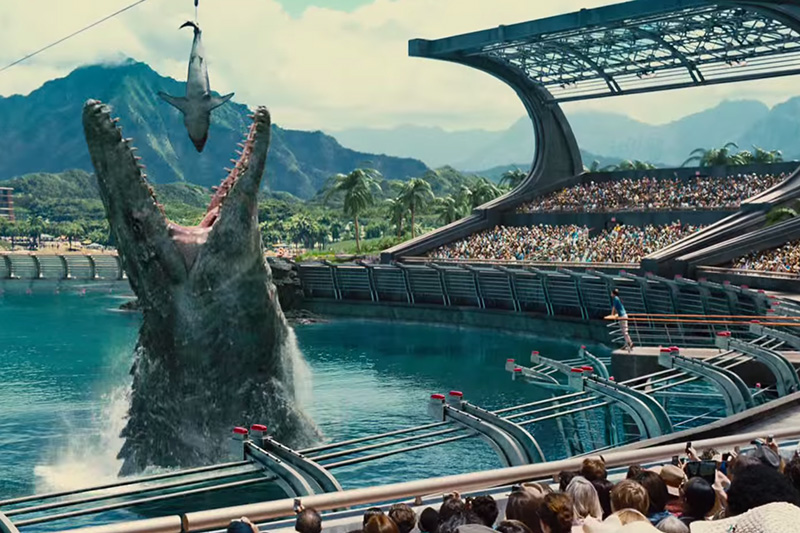 Jurassic World is an extremely fun, well-acted, action-packed, and ultimately satisfying blockbuster. While it cannot match the original in terms of sheer innovation, it is a worthy follow-up which wisely does not mention any of the events of the second and third films. The CGI is top-notch, even though the use of practical effects and animatronics used to bring the dinosaurs to life in the original film are missed. Between this film and last summer’s Guardians of the Galaxy, Pratt has proven himself to be an extremely likable protagonist. Pratt and Howard have terrifc on-screen chemistry. Their interactions are full of humorous moments which work very well. Veteran character actor D’Onofrio is terrific, as always.

The new dinosaurs in the film are sure to give audiences something to talk about after seeing the film. The Indominus Rex is a fantastic new addition to the franchise, as is the massive sea creature called the Mosasaurus. As well-acted as the film is, the dinosaurs steal the show. Fans of the original film are certain to notice the clever references and nods to the original film. It is certain to take at least two viewings in order to pick up on every one of them. One could argue that Jurassic World is all about nostalgia. While this is certainly true, it also works well as its own film. It is not a perfect film. Some plot points are underdeveloped, as are some of the characters. Despite this, it is undeniably thrilling and fun. The final shot of the film is certain to make the viewer smile as if it is 1993 again. CrypticRock gives Jurassic World 4.5 out of 5 stars. 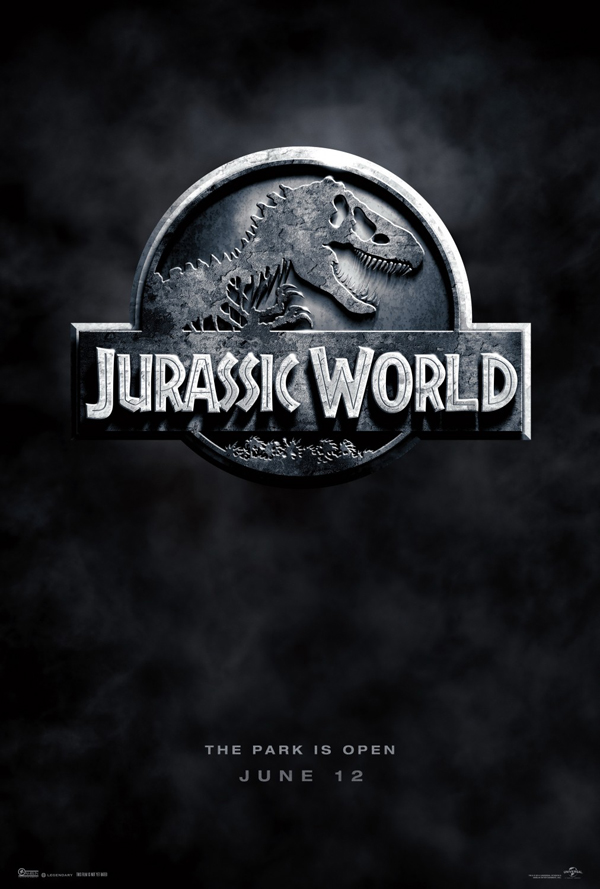 For more on Jurassic World: www.jurassicworld.com