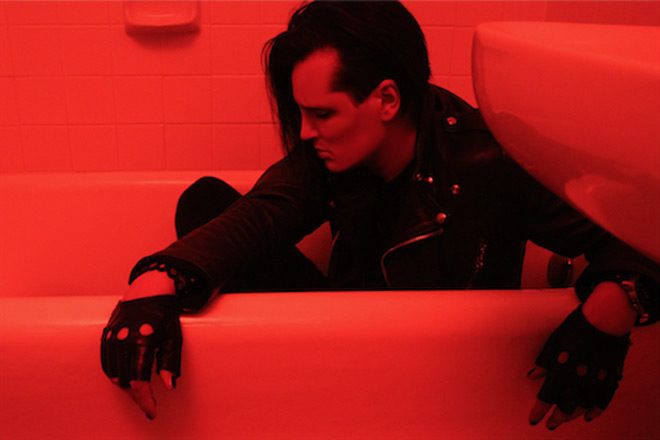 Over twenty-five-years and twelve albums with Finland’s premiere Goth-N-Rollers, The 69 Eyes, mark Jyrki 69’s musical career to date. Now, for the first time ever, on June 23rd of 2017, the Helsinki Vampire will release his debut, solo CD with Cleopatra Records. Oh my Goth!

Known for his seductive baritone vocals, Jyrki 69 has spent the past two-and-a-half decades of his musical career fronting The 69 Eyes. A luscious blend of Glam Metal and Goth – creating their signature, self-proclaimed “Goth N’ Roll” sound – the band have toured the world over, writing and recording macabre seductions for children of the night since 1989. On Helsinki Vampire, Jyrki 69 takes this penchant for Rock-n-Roll and melds it with something a little more 1980s Depeche Mode, a little less 1980s Mötley Crüe. The end result is an eleven-song collection that sounds like a 2017 Horror movie score rather than anything from the days of the Sunset Strip. Produced, mixed, and engineered by long-time friend and 69 Eyes collaborator Johnny Lee Michaels, in fact, several of the Helsinki Vampire tracks have already been selected for use in upcoming Horror films. Apropos, you know?

Helsinki Vampire launches with “Ad Infinitum,” an eight-minute introduction that presents beautifully haunting electronics and minimal vocals forevermore. The impressive piano and keyboard work continue in “Versailles,” a downtempo, melancholic tromp through the garden, as well as on the gentle embrace of “Spanish Steps.” A sensual tale of one little girl with “Bloodlust” deep in her eyes, prowling the streets at night is already slated to appear in the upcoming Horror flick Sunset Society (starring Lemmy from Motörhead as a Sunset Strip vampire). Spooky Horror romp “Last Halloween” has also been selected for use in an upcoming film, Halloween Hell House (which will star former-21 Jump Street heart-throb Richard Grieco, as well as the voice of Megadeth’s Dave Mustaine).

A languorous tale of one morbid and darkly ironic birthday celebration – while burying your mother with tears of love and loss – “Happy Birthday” is anything but; the irony here being palpable. With the pace amping upward, “Call Of The Night” begs for all children of the night to hear Jyrki’s musical call. Superb bass breakdowns, sweeping guitars, and those seductive vocals mark this as a highlight of these vampiric offerings. In fact, Jyrki channels his own inner Dracula on the spoken word offering, “Perfection.”

The intoxicating romp of “Close Your Eyes” rolls into the ringing church bells of “In Your Dreams,” a mid-tempo rocker that raises the bar and marks the beginning of the end. “Sayonara” is styled as a live concert send-off and included as a bonus track on the CD only. “Hello, goodbye / Every day we die,” Jyrki sings in this official send-off. Do you think he knows that everyday is Halloween? Probably, as the entirety of Helsinki Vampire is languorous, sensual, macabre, and horrific in the most theatrical of senses.

Like a live-action Horror film that seduces, enthralls, captivates, and then repeats the vicious cycle, this is an album for all dark souls who wear black on the outside and feel black on the inside. Because everything in life should be all black always, CrypticRock give Jyrki 69’s Helsinki Vampire 4 of 5 stars. 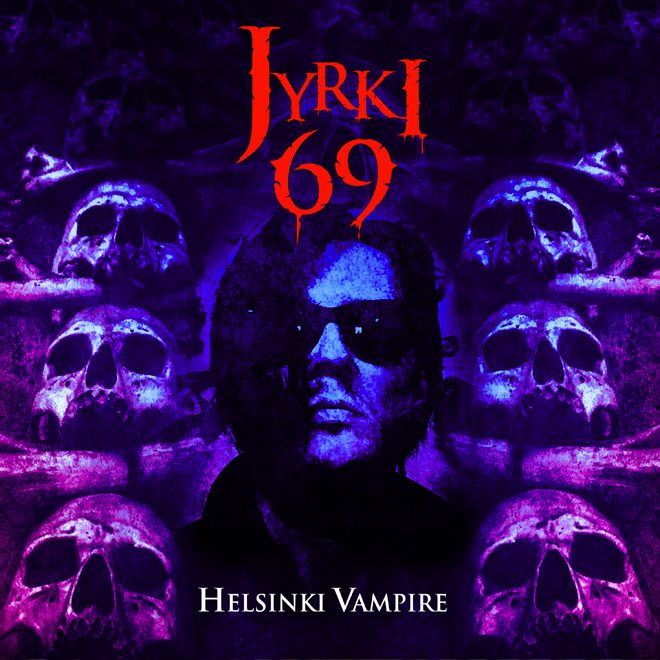