A British Thriller with Horror elements, K-Shop was written and directed by Dan Pringle in his feature length film debut, had its world premiere at the Dead by Dawn Horror Film Festival, while it was first shown in the US at the NYC Horror Film Fest. Called a modern cult classic by some already, K-Shop saw its wide release in the UK on July 22nd 2016 and has won several awards, e.g. Best Horror Feature (London Independent Film Festival, 2016) and Best Feature Film (Lund International Fantastic Film Festival, 2016). Finally, after a year, Breaking Glass Pictures acquired North American rights and are set to release K-Shop on DVD/VOD domestically on December 5, 2017. So, was the wait worth it? 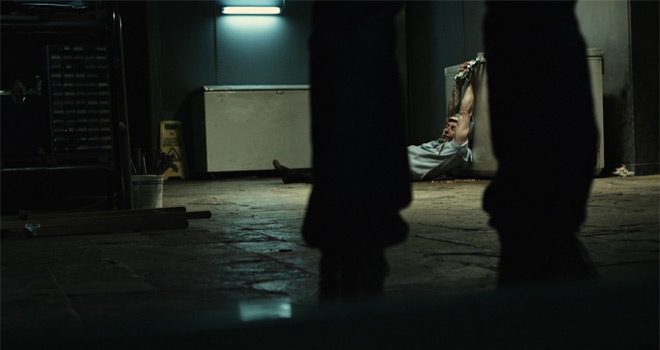 Getting right into it, it all begins with Salah (Ziad Abaza: Tyrant 2015, Sand Castle 2017), a London-based student helping out his sick father Zaki (Nayef Rashed: Charlie and the Chocolate Factory 2005, Salmon Fishing in the Yemen 2011) in his kebab shop in a seemingly quiet UK town. At night, however, the city is a playground for drunken party crowds, leaving Zaki and Salah’s shop behind dirty and demolished more than once.

Slowly, Salah’s faith in humanity shrinks with every single day, watching savage drunks filling the roads with vomit and having intercourse on the open street, the last string of hope is torn apart when a bunch of party-goers kill Salah’s father in a scuffle.

Heartbroken and empty, Salah does not hesitate to turn a drunken customer, whose head he dunked in the fryer accidently, into delicious kebabs one night, just to sell them to the hungry night owls visiting his shop, or “Feeding the ignorant to the ignorant,” as he calls it. 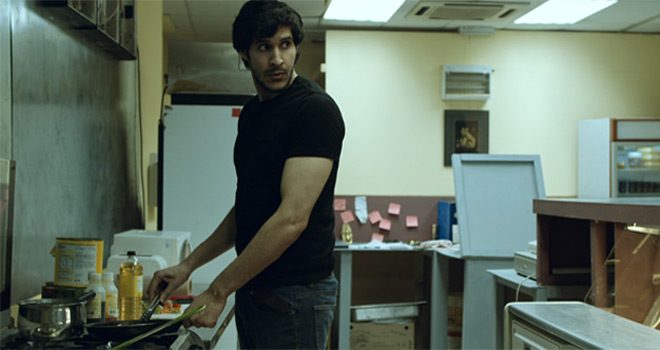 As Salah tries to fulfill his dead father’s dream of opening a gourmet restaurant, he encounters former Big Brother winner Jason Brown (Scot Williams: The Crew 2008, Redirected 2014), buying the property Zaki intended to invest in for his business, turning it into a nightclub, further infuriating Salah. During the following months, Salah’s kebabs become more and more famous in town, attracting potential resources for his döner production. After abducting a man in the nearby park, who has insulted him earlier in the shop, he discovers the secret behind Jason Brown’s nightclub, which he tries to turn into a franchise by building another club in a church not far from the Salah’s home and decides to take revenge on him.

Filmed mostly in the coastal town of Bournemouth, Dorset in England, K-Shop is a dark tale about desperation and revenge. What might seem as a blunt gore fest with many explicit butchering scenes is actually a story of a young man trying to bring justice to a seemingly rotten society, full of moral decay. The many real candid scenes from the UK nightlife used in between the movie’s chapters help the audience understand Salah’s rage on the society he lives in, contrasting the dark and moody shots in the kebab shop. 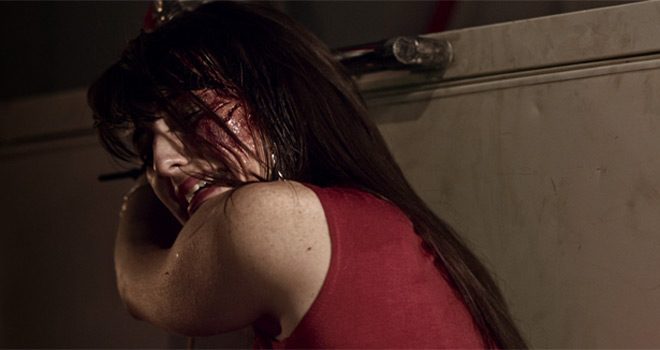 Additionally, the soundtrack, featuring The Black Angels and Band of Skulls, aids enhancing K-Shop’s atmosphere very well, often being reduced to the drone of a fridge or the buzzing of neon signs. The strong cast, especially the protagonist’s performance, makes the story believable, especially if you are familiar with serial killers like Ed Gein or Fritz Harmann.

While K-Shop has many highlights, the 120 minutes runtime sometimes leaves the audience with fairly dull moments, wishing it would be more fast-paced. This does, however, neither hurt the overall story nor the atmosphere, which are both excellently captured on film. These elements, as well as Abaza and Williams’ performances are the reason for CrypticRock giving K-Shop 4 out of 5 stars. 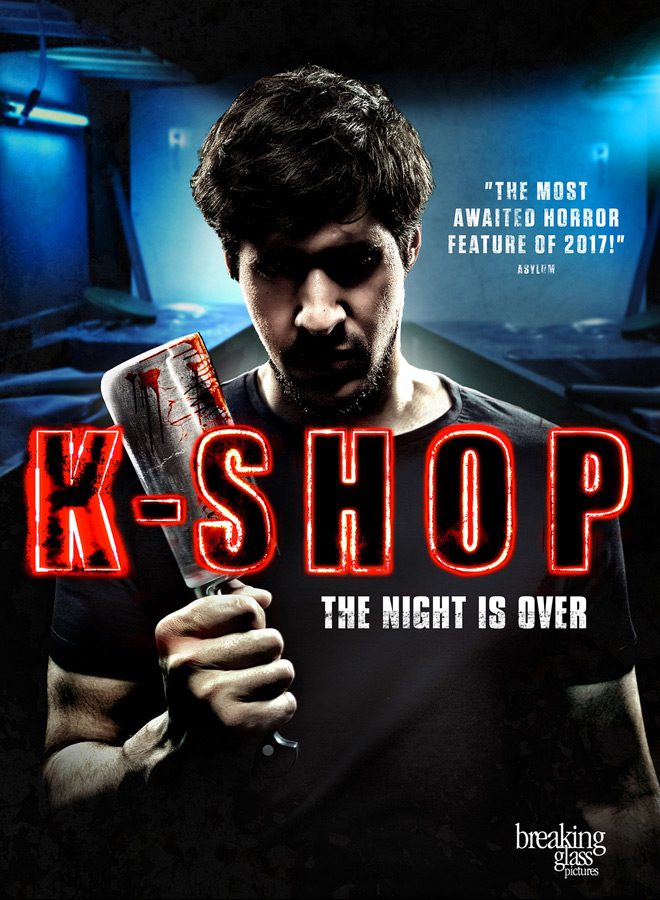