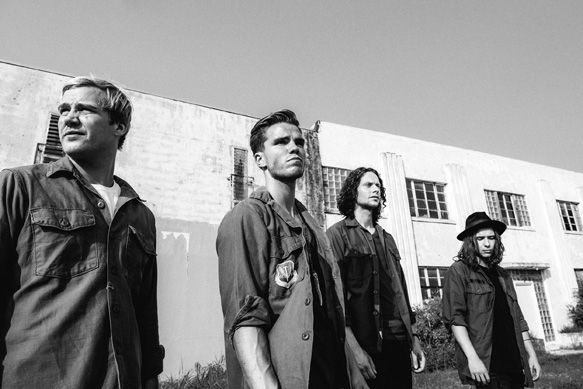 Iceland’s Rock band Kaleo has been drawing a great deal of attention of late. In fact, the band’s US debut album, A/B, set for release on June 10th, is destined to be one of the most talked about releases of 2016. Initially formed back in 2012, Kaleo’s rise has been a steady one as songs like “Vor í vaglaskógi” received Icelandic state broadcaster RÚV’s radio station Rás 2. Then, in 2014, their song “All the Pretty Girls” attained over 18 million streams on Spotify. Clearly showing they had something, they were signed by Elektra/Atlantic Records and relocated to Austin, Texas to plan their next big move.

Primarily recording A/B in Nashville alongside Producer Jacquire King (Kings of Leon, James Bay), with additional contributions from Mike Crossey (Arctic Monkeys) and Arnar Guðjónsson, their introduction to North America comes in the form of 10 well-thought-out tracks of music. Led by Vocalist/Guitarist JJ Julius Son along with Percussionist/Vocalist David Antonsson, Bassist Daniel Kristjansson, and Guitarist/Vocalist Rubin Pollock, the four-piece look to take the world by storm with A/B.

Opening with “No Good,” Kaleo possesses a sound in Rock history crafted by students of Southern Blues Rock greats like Stevie Ray Vaughn. Laying out a groove that infects, the song was featured in the Mick Jagger/Martin Scorsese HBO series Vinyl, selected to represent the music industry set in New York City circa 1970s. Next comes the red-hot single “Way Down We Go.” The track is the first single from the record that premiered with its video filmed in the Thrihnukagigur Volcano in Iceland. Complemented by excellent production, the lyrics haunt will listener with a hollow feeling, escalating vocally, paradoxically matching the decent into the soul. Robert Johnson’s “Cross Road Blues” echo here in Son’s vocals, peeling back the years to the roots of the genre. It appears as the desire for redemption, metaphorically searching the internal depths for salvation, and vocally mirroring the great B.B. King. In addition, the track fulfills the ache it creates, and recently was featured in a trailer for a new season of the widely popular and critically acclaimed Netflix series Orange is the New Black, further cementing its cultural reach.

Hitting the real roots of the Blues, “Broken Bones” leads with chain-gang chant in the chorus, also reminiscent of slave shanties. Recorded with the analog feel of early Sun Records recordings, the homage to the vagabond bluesman includes Son’s falsetto while a layering in the chorus featuring female voices which compliment his deeper vocals. The song provides a rest for audiences to decide if being broken is the path to freedom, sloughing off the chains into Rock-n-Roll salvation. The up-tempo contrast of “Glass House” pulls the listener back into that opening track of A/B. The influence of Mike Crossey is definitely felt here with glimmers of the Arctic Monkeys 2013 release, AM. The familiar is sometimes a good thing, but Kaleo has their own sound and that is not being a mirror for the British Rock icons. Alluding to the fragility of a glass house, the lyrics also fall into the strength and longevity of a Blues Rock band like The Rolling Stones.

The meat of A/B is solid, fed from the likes of Producers King, Guðjónsso, and Crossey, whose deep Rock influences and successes bleed into the album. With that said, “Hot Blood” is that classic Rock love song. Pulling in the chorus similar to that of The Raelettes, it gives a new power to lyrics that urge one to “get out while you can.” Drifting into the lilting “All The Pretty Girls,” it is sung in trademark falsetto and is urging, gentle, as well as innocent. Oozing with youthful desires, the shift in vocals into that of a man is powerful as the track is fleshed out with male background vocals, demanding sexuality is the reason why all the girls sing along at live shows, virtually throwing themselves at the frontman.

Brilliantly sequenced, the album flowing into “Automobile,” which slides in with an easy vibe of a summer road trip in that old Woodie. Then there is Icelandic Folk song “Vor i Vaglaskog,” which  is sung in the band’s native language, proving that there is no language barrier when a song’s lyrics connect the singer to the heartfelt meaning of the song. There are arguments and various translations of the music, bringing the obvious isolation of the rest of the world conceptually to Iceland and the Nordic history. By including the track from the land where the band was born seems that there is a spotlight on the fact that there is no language barrier in music. The emotion is delivered with passion, bringing tears to the eyes, no matter what your native tongue. The soul hears the meaning of the words with the emotion that is done so skillfully here.

Winding down A/B is the down-tempo of “Save Yourself,” which eases into self-actuation, introspection, and honest appraisal of what is good and real in purity. Incredibly romantic in its moaning plea for strength of character, it is followed up by the closing track, “I Can’t Go On Without You.” Wrapping the music back into the mood of the soulful Blues, the sound brings to mind the stylings of Robert Cray. Soft and filled with angst, the signature growl of Son shifts back into the broken falsetto that whistles off into the dark; a broken man killed by the power of love.

Hearing the first downbeat of the opening track of A/B will immediately hook in listeners of pure soulful Blues Rock. The band’s move to Austin was driven by the desire to gather the vibe of places like the historic Victory Grill and East Austin where musicians like Janis Joplin, Ray Charles, and B, B. King crafted their sound. They have succeeded and certainly live up to the hype that follows them. CrypticRock.com gives A/B 5 out of 5 stars. 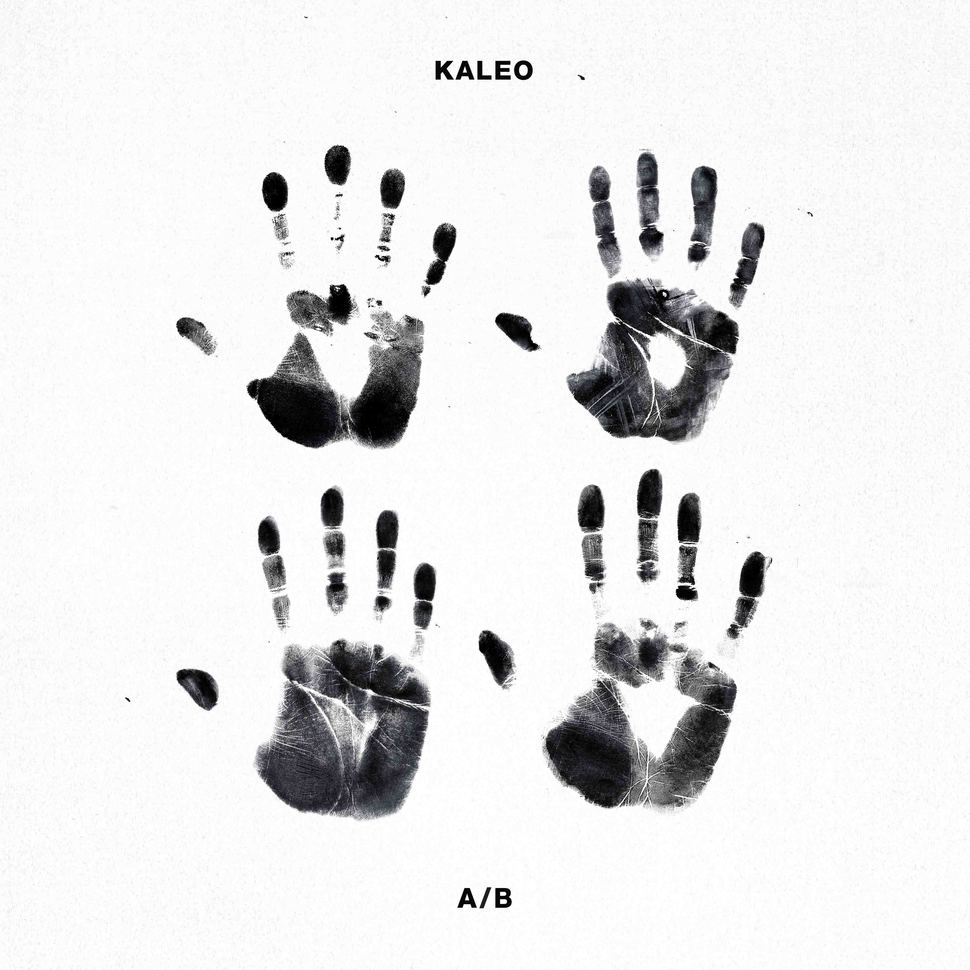