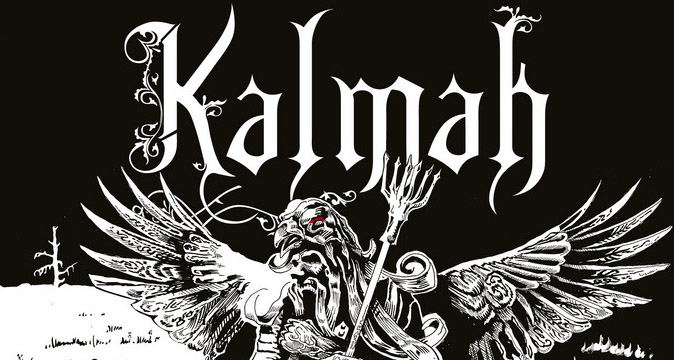 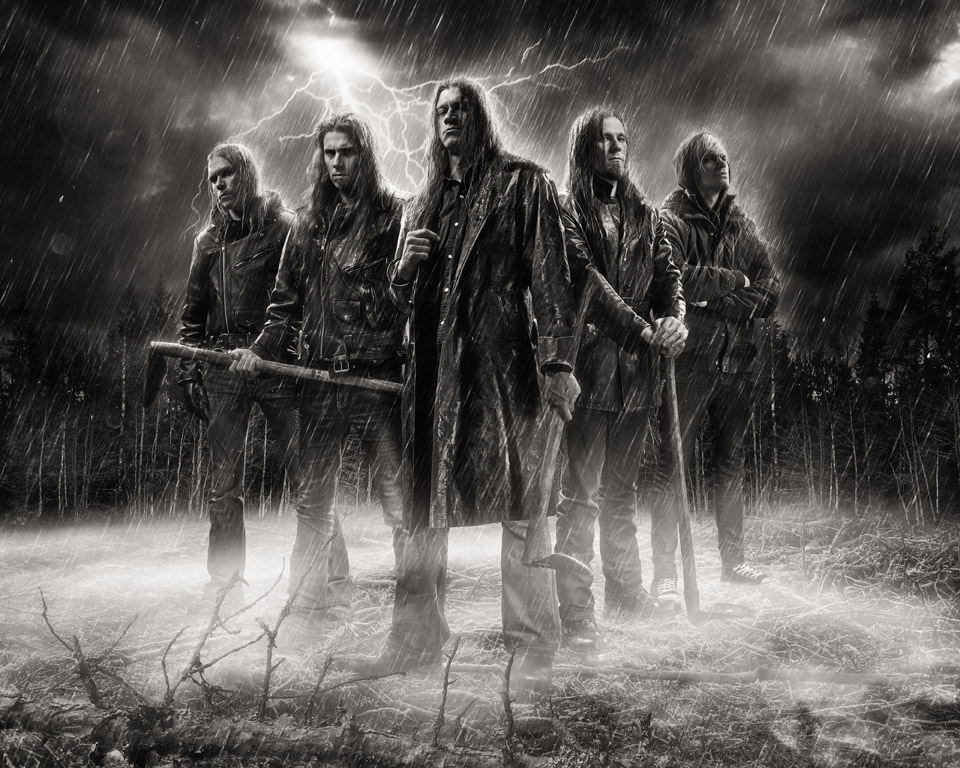 Kalmah return with their 7th studio album, appropriately titled Seventh Swamphony. It’s been 15 years strong since the band first emerged from the swamp, beginning the creation of something new and special in melodic death metal. Kalmah’s first release was 2000’s Swamplord and what a way to gain entrance into the Finnish metal scene. From the first track, you knew you were in for something mind blowing. With songs like “Hades” and “Withering Away”, you were thrown into something you’ve never quite heard before. Ever since, Kalmah has kept right on going and they’ve never looked back. With each release they’ve created a variety of intense and melodically driven music that has always left their fans more than satisfied. Each new album brings you back into the swamp to see something new you haven’t seen before. Needless to say, this is precisely why I was excited to hear about their new upcoming album Seventh Swamphony.

Kalmah brought fans through the process of creation via Facebook and released their first single “Windlake Tales” for eager fans. They went on to release a video for the title track, “Seventh Swamphony”, which drags us right down into the murky world of the band and literally drags the antagonistic character “Evil Dead” style to his near doom. It’s nearly reminiscent of their video for “Groan of the wind”; both videos feature mythological swamplords that exist in the folklore that can only be found in the world Kalmah has created. They both also take place in the open woods and are steeped in gloom and fog, giving us a great visual of atmosphere that surrounds the band and their music.

This has been a highly anticipated album, not only because fans can’t wait for a new release from the swamplords themselves but because they have a new keyboardist this time around in Veli-Matti Kananen.

When you hear a band is changing a vital component of its lineup you start to question if this will change the band altogether. Keyboards have always been a big part of Kalmah and creating its unique sound. Well fear not Kalmah fans, they made an exceptionally good choice with Veli-Matti Kananen as the new keyboardist. In fact, the keyboards seem to be more prevalent on this CD then the last couple CDs, attracting the attention of many fans. It seems he’s done the impossible… become worthy to play in the swamp.

That’s why I was thrilled to see that this album has some great stand out keyboard moments. “Windlake Tale” and “Seventh Swamphony” have brooding keyboards that bring you right to epic guitar solos that only Kalmah can deliver. At the same time, “Deadfall” has an upbeat feel that becomes another of Kalmah’s anthem songs.

The only things I miss are earlier songs such as “The Third, The Magical”, “Dance of the Water” and similar songs that reel you in with atmospheric keyboard intros. This and the impressive melodic duels between keyboard and guitar. Still in all, Kalmah hasn’t shied away with its keyboards at all, essentially proving it can be as strong as ever with a new section to its symphony.

This whole album is full of amazing laid keyboards that stand out in front or weave in and out of Kalmah’s signature guitar sound. The CD starts off with “Seventh Swamphony” and kills it right out of the gate. Kalmah’s speed and intensity cut right through you and remind you that you’re in their world now. It is reminiscent of songs from “Swamplord” and “Swampsong” in its style and vocals, so old school fans should appreciate this one. Kalmah have always been successful at keeping their sound and never giving up their heaviness and it definitely shows here. On the more melancholy and ballad type side, you have “Hollo” which features growls and some clean vocals. This is a stand out song that breaks up the album nicely. It may slow things down but that’s only the calm before the storm as it heats up and hits you with a hard laden riff and a monstrous wave of face melting melody. Kalmah seem to follow a meticulous formula for their album’s makeup. They make sure you get the intense heaviness which they were built on but also include slower metal ballads, somewhat experimental songs and a ton of epic guitar solos. All in all this is a great album from start to finish; it never disappoints and delivers exactly what fans are looking for. Kalmah is the kind of band that perfectly provides the fans with variety. Every album is like a new chapter out of the book of Kalmah, hey that could be their next album title “The Book of Kalmah”… mysterious and darkly addicting, like the necronomicon of the swamp, well I could see it. Anyways, similar bands try to evolve but wind up taking a turn for the worse or just simply seem doomed to go over the same ground til their fans get bored. Not many bands can accomplish what Kalmah has done in their 15 year, 7 album career span.

Standing out in Finnish metal isn’t easy these days, yet these guys seem to renew interest and keep fans more than satisfied with every new album. Since discovering Kalmah I have had a renewed standard in metal, being a huge fan of melodeath and similar genres I felt like I struck metal gold when first hearing them (and yes I’m aware that gold is a type of metal).
“Seventh Swamphony” has songs for the new and old fans alike. It never disappoints and honestly even Kalmah’s less interesting tracks are better than the majority of what is out there, so you always get more then what you paid for. This is the kind of CD you will want to listen to straight through. This CD plays out like an elaborate ride through the swamps. Although you can enjoy certain parts of the ride more than others, the whole experience will leave you floored and wanting to go back.

So if you’re looking to satisfy your melodic metal thirst, go right to the swamp for this one… just don’t drink out of it, you’ll probably get Cholera or Dysentery. Cryptic Rock gives this album 5 out of 5 stars. 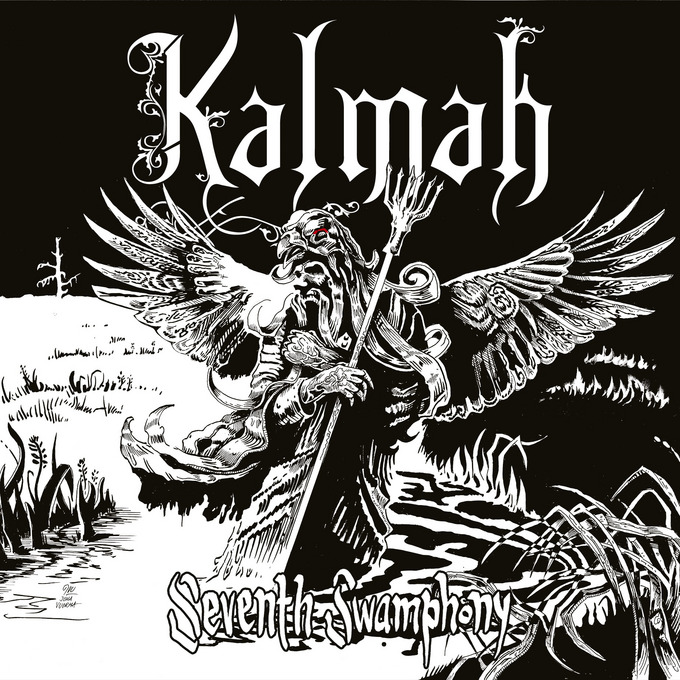