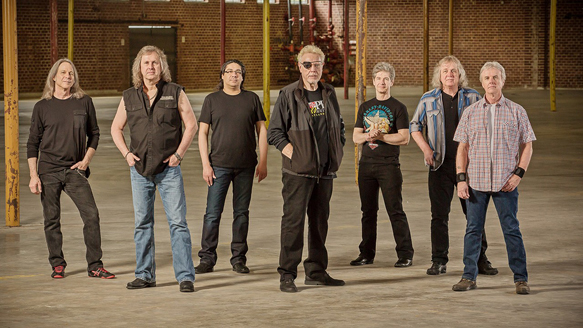 Formed in 1973, in Kansas, United States, Kansas is one of the most familiar names in the pantheon of Classic Rock music. Its international favorite Heartland Folk/Rock-oriented “Dust in the Wind” was enough to catapult the American band into commercial popularity and sustain its enduring presence in the mainstream. However, those who knew Kansas only for this precious golden dust, and maybe also for the Pop Rock standard “Carry On Wayward Son,” must take note that the band’s entire discography actually generally resides in the aesthetic realms of Progressive Rock- best characterized by lengthy songs with complex structures, nonstandard time-signature changes, intricate vocal harmonies, bass-and-drum workouts, and poetic lyrical tendencies. From 1974’s self-titled debut on through 2000’s Somewhere to Elsewhere, Kansas has explored the intricacies of the musically progressive genre and even dipping into the sharp and edgy, yet equally complicated, aspects of Metal. Now, sixteen years after the release of its last album, Kansas comes out – obviously musically recharged – with the classic, yet contemporary sound of its fifteenth offering, the stylistically diverse The Prelude Implicit.

Released on September 23, 2016, The Prelude Implicit begins with the New-Age vibrant “With This Heart,” whose pulsating wind section, galloping guitar lines, subtle time-signature changes, remarkable violin interlude, and Pop Rock oriented vocal approach make it the perfect opener for Kansas’ comeback album. It will fit well on a playlist that includes “Santorini” by Yanni and “The Way It Is” by Bruce Hornsby & the Range. Following next is the metallic sheen of “Visibility Zero,” which harks back to the similarly sharp and sinister sound of the band’s later albums. “The Unsung Heroes” pursues the same steely and melodic path, but it stands out with its Celtic flavored violin led intro; the initiated may recall similar violin styling typically employed by the Irish band The Corrs (“Runaway”). Then there is the interesting “Rhythm of the Spirit,” which combines the darkness of Black Sabbath (“Paranoid”), the Blues Rock of Led Zeppelin (“Kashmir”), and the Grunge of Soundgarden (“Spoonman”), only to mellow down in the piano-adorned stanzas and violin interludes.

The mood slows down with the rustic-sounding Power ballad “Refugee,” which shares similar aesthetics with the beloved “Dust in the Wind.” The ensuing eight-minute epic “The Voyage of Eight Eighteen” returns the listener to the band’s Celtic excursions, but this time taking the instrumentation and structure much further into a more Progressive Rock direction. “Camouflage” starts unassumingly like a simple Orchestral Pop song only to scale up as a lushly orchestrated Progressive Metal piece in the veins of Queensrÿche’s “Silent Lucidity,” Damn Yankees’ “Come Again,” and Steelheart’s “We All Die Young.”

The upbeat “Summer” snakes in suddenly with a scaling melody that may recall similar surprising attacks usually employed by the Classical Metal purveyor Yngwie Malmsteen (“Far Beyond the Sun”), albeit on the violin instead of on the guitar. The penultimate track, the string-drenched “Crowded Isolation” then gallops in with its cyclical guitar ad-lib, rolling bassline, and driving drum beats. Finally, The Prelude Implicit closes majestically with the pastoral midtempo instrumental “Section 20,” which features piano flourishes, complementary violin melody, anthemic guitar ad-lib, and concluding with marching drum beats – certainly an equally perfect album closer. 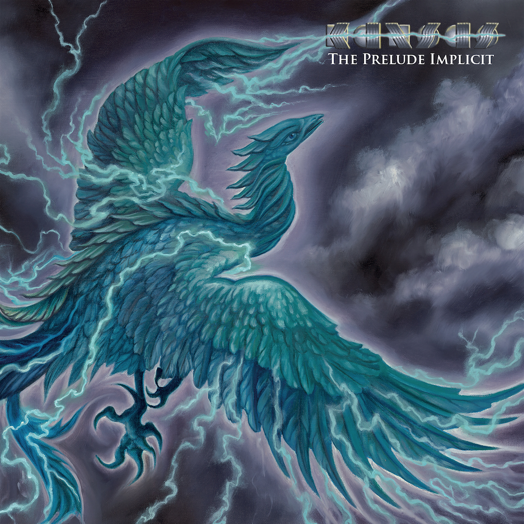