An intriguing new addition to the Horror/Thriller vault, Kantemir has been available in North America since August 2017, but on Monday, June 11, 2018, it finally becomes available on DVD in the UK, thanks to High Fliers Films.

In the Pennsylvania countryside, John (Robert Englund: A Nightmare on Elm Street 1984, Freddy vs. Jason 2003) meets Wendy (Justine Griffiths: Exit Zero 2016, American Fango 2017) and the two quickly realize that they are both in-town to work on a covert theatrical production. In fact, this play is so under-wraps that none of the cast have been offered a script, only a sneak peek at the casting breakdown and description of the varying roles. 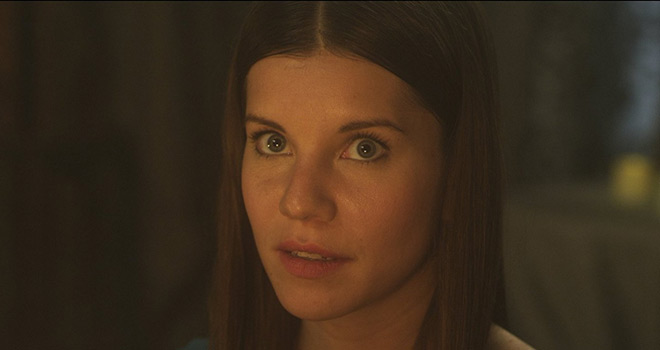 Soon, Brad (Stuart Stone: Donnie Darko 2001, The Haunted House on Kirby Road 2016), an obvious stoner, arrives with an old jalopy to whisk the pair off to the gorgeous estate where they will be staying and rehearsing the secretive production in question. Here they quickly meet their fellow castmates: former collegiate thespian Lars (Sean Derry: Unstoppable 2010, Riddle 2013), bratty vixen Allison (Alanna Janell: Those Who Kill series, The Last Witch Hunter 2015), and the gentle Rebecca (Diane Cary: V 1983, Heart Condition 1990).

To add unnecessary tension to an already tense situation, Rebecca is John’s ex-wife, and John, well, he has a reputation for the drink and being a not-so-Mr.-Nice-Guy. This is quickly established before the group sit down to dinner, where their mysterious director and fellow actor, Nicholas (Daniel Gadi: CSI:NY series, The Night Of mini-series 2016), decides to show his face. Waving around the sole copy of the script and offering up some minor details about the tragic love story of ‘Kantemir,’ Nicholas demands that the cast hand over their cellphones and immerse themselves in his production with no temptations from the outside world.

Though there is obvious hesitation, all is going well until a cast member disappears. As the remaining cast quickly begin to realize that something greater than theatrical inspiration is at work here, they will be led down a pathway of dramatic twists and turns toward the penultimate curtain call. Clocking in at 84 minutes in-length, Kantemir was directed by Ben Samuels (A Year and a Day 2009, 6:15 2015), and was written by Mark Garbett (Midnight Movie 2008, The Seamstress 2009) and Ralph Glenn Howard (Saturday Night Live series, The Second Greatest Story Ever Told TV movie 1994). It also stars Neil Samuels (What Happened Last Night 2016, Attila short 2017), Joshua Elijah Reese (The Dark Knight Rises 2012, Jack Reacher 2012), and Bingo O’Malley (Creepshow 1983, My Bloody Valentine 2009).

Where does one begin? Kantemir is a mixed-bag of successes and failures, all suffering under someone’s lack of attention to detail. Shot in the gorgeous, autumn-colored Pennsylvania countryside near Pittsburgh, Kantemir utilizes the stunning estate at Hartwood Acres for its set. With a solidly done, mostly Classical score, there are definitely high points for this production. In fact, the film’s unique plot, while it could use some tightening, is a high-point, as well; the idea of a Shakespearean production – along the lines of the doomed love of Romeo & Juliet – that is birthed from a cursed script is intriguing, and not something that has been done ad nauseum in the Thriller-Horror community. 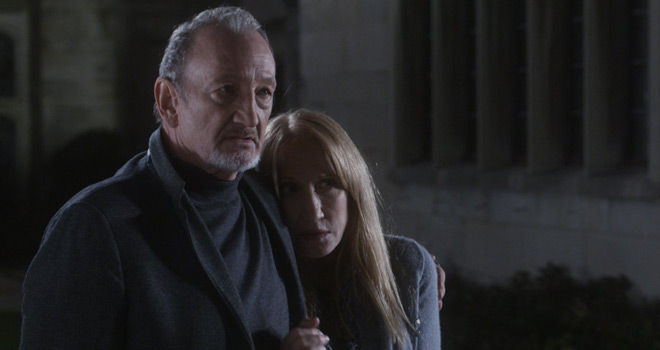 Unfortunately, there is a flawed attention to detail, often an overall lack, that negatively impacts the film. This fact is almost immediately evident, as in the opening credit sequence quite a few names are cut off the screen. In the closing credit sequence, there is a promise that “no animals were harmed during the making of this fil.” These items alone would not be worth noting, if not for their foretelling of things to come.

Throughout Kantemir, the audio is unnaturally mixed: leaving some scenes with canned sounds, others with an unnatural quiet when characters should be driving in a vehicle. Overall, there is a subtle echo to the spoken audio that becomes especially apparent when watchers are listening on headphones. Furthermore, the cinematography is never crisp, but rather maintains soft edges that suggest that the movie at least a decade ago, rather than in 2015. Although, to give credit, this may have been intentionally done to echo the story-within-the-story’s retro time-scape.

Largely speaking, the ensemble cast here do a superb job in their roles, bringing a finesse to Kantemir that its production lacks. Englund, in the main role of John, is dignified and intelligent, balancing a recovery from alcoholism with a situation that might turn the most-sane of us to psychiatric patients. Despite moments where the script wavers or presents itself as slightly flimsy, Englund carries on unfazed, never once allowing his performance to slip into ridiculousness or cheese. Cary, as Rebecca, also does well, lending an authenticity to her role.

The younger actors are more disparate in their roles, with Gadi, as Nicholas, leading the way with a excellent and convincing performance as the tragically-cursed director/actor; he is equal parts villainous and dominating, rallying his troops and anchoring the entire production within the production. Stone (Brad) and Derry (Lars) are both given flatter roles, and though their performances are not quite as pivotal, they do their characters justice. Griffiths, as Wendy, and Janell, as Allison, both do a solid job in their roles, though neither provide stand-out performances. 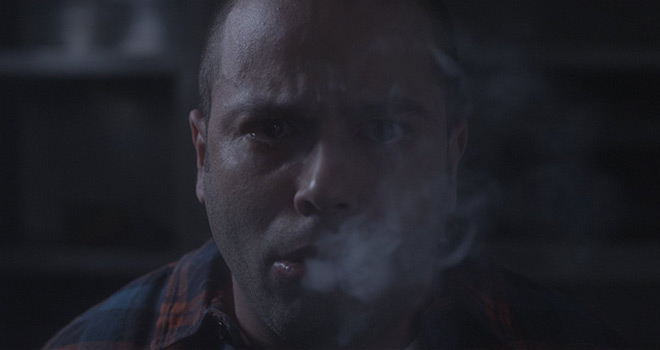 Kantemir is an intriguing film that loses a little something not due to originality or acting talents, but rather under the flaws of its lazy production. There are scars that come and go, some truly silly props (the script book and the Kantemir gate sign), and an overall utter disregard for paying attention to minute details. These issues, however, are no match for the poorly-mixed audio that ultimately impacts the efficacy of the entire film. Thankfully, none of these dilemmas can dampen the spirit at the center of Kantemir, and the end result is a film that is enjoyable to watch if you are not looking for perfection.

If you just want a little something to entertain you on a rainy Sunday afternoon, then by all means, sit back and enjoy this story within a story which CrypticRock give 3 of 5 stars. 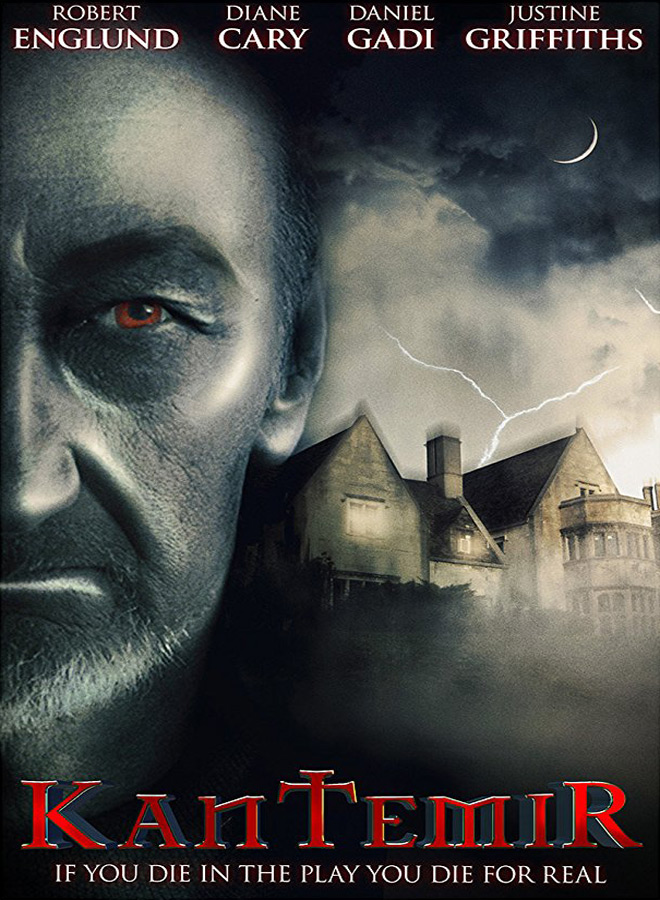