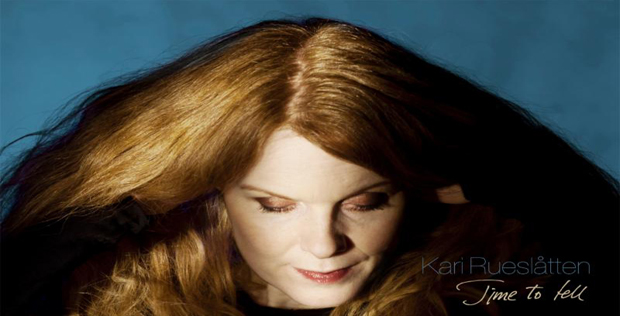 Kari Rueslåtten, founding member of the progressive doom metal band, The 3rd and the Mortal, has teamed up with ArtistDirect.com to release a new single, “Rainy Days Ahead,” from her upcoming solo album, Time to Tell, at: http://www.artistdirect.com/entertainment-news/article/exclusive-song-premiere-kari-rueslatten-rainy-days-ahead/10872264.

“The key to melody writing for me is about the first two minutes when I sit down at the piano,” Rueslåtten told ArtistDirect.com. “When all is still and my mind is ‘unfilled’ with music, new music is born. Often, it’s the emotions that the first lines create who decide where the song is heading. Then I can spend days spinning around those lines, building up a song around it. This is how ‘Rainy Days Ahead’ was born.”

Time to Tell, Rueslåtten’s first solo album in eight years, is due out March 7 via Despotz Records. It can be pre-ordered now online at: http://despotz.bigcartel.com/artist/kari-rueslatten.

“The composing has been done by me sitting at the piano singing,” commented Rueslåtten. “No drum-beats or co-composers this time! I wanted to go back to the core of songwriting. If the verse and chorus works just accompanied by the piano – it will work with other arrangements in studio too.

“What really triggered me to start making music again were all the kind messages I got from fans around the world asking me when new music would surface. I am most humble and grateful to find that there are people out there who have followed my music since my early beginning, back in The 3rd and the Mortal-days, and through all my solo-albums.”

To whet the appetite of fans around the globe, Rueslåtten launched a music video for the album’s first single, “Why so Lonely,” on YouTube as seen below. “Why so Lonely” originally appeared on the 1994 The 3rd and the Mortal album, Tears Laid in Earth, and has been rearranged by Rueslåtten with the help of Tuomas Holopainen (Nightwish) on piano and keys, Jostein Ansnes on guitar and Rune Arnesen on drums.

The Agonist – Days Before the World Wept (EP Review) Blacklite District Premiere “Gotta Get Outta Here”
Like the in-depth, diverse coverage of Cryptic Rock? Help us in support to keep the magazine going strong for years to come with a small donation.
Print page
0 Likes