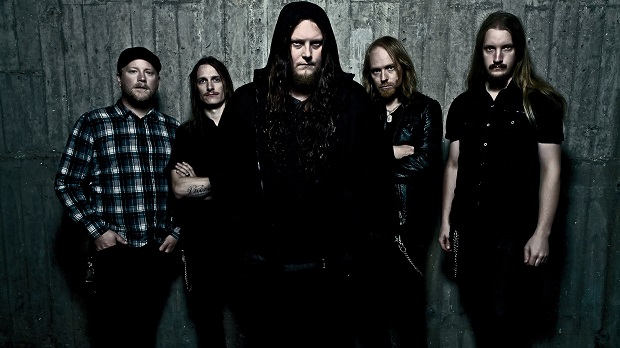 In the world of underground metal, there are few bands that can have the longevity and loyal following necessary to become a successful act, and Sweden’s Katatonia are a prime example of such a group. Hailing from Stockholm, Sweden and founded in 1991 (consisting of members Jonas Renkse: Vocals, Anders Nystrom: Guitar, Daniel Liljekvist: Drums, Per Eriksson: Guitars, and Niklas Sandin: Bass) Katatonia have released a multitude of albums and subsequently have seen a dramatic shift in their style and musical approach over the years. Early Katatonia releases, Dance of December Souls (1993) and Brave Murder Day (1996), are marked by a black/doom metal style with screaming vocals. Since 1998’s Discouraged Ones, the band has written albums with only clean vocals and a musical evolution that has come to resemble bands like Tool, Anathema, and even The Cure. With such a dramatic shift in styles one would have expected Katatonia to alienate most listeners, however they appear to have achieved the opposite effect. Their most recent full length Dead End Kings was released August 2012 to critical acclaim. As a follow up to this successful endeavor the band decided to record a “remixed” or as they have coined, “dethroned” version of the album. Containing the same vocal and basic keyboard tracks, while removing the drums and distorted guitars and inserting additional atmosphere in the form of accessory keyboards, acoustic guitars etc. The end result was Dethroned and Uncrowned.

Given that this release is really a counterpart to Dead End Kings, it seems only fitting to compare each song to its original. It is imperative for the listener to keep this viewpoint in mind as a way of fully appreciating Dethroned and Uncrowned. The album begins with “The Parting,” which in contrast with the Dead End Kings version is a very different song. The absence of the heavy chugging guitars and polyrhythmic drum groove leaves the listener to focus on Jonas’ vocals, and the keyboard parts with altered chord progressions gives the song a much more somber vibe. The next two tracks “The One You Are Looking For Is Not Here” and “Hypnone” are remarkably similar to their heavy counterparts, with the rhythmic driving force coming from the acoustic guitars. Both songs have an airy atmosphere to them and truly are a great example of why Katatonia felt inspired to do “dethroned” versions of their songs. “The Racing Heart” is an interesting track because on Dead End Kings the song has very soft dynamics with the exception of the chorus, but on Dethroned and Uncrowned it comes across as an even more empowering ballad, which some listeners may find even more compelling than the original. “Buildings” is by far one of the most intriguing songs on the album, considering how many different elements have been added to it compared to the original. The use of alternate chord progressions on certain parts as well as complementary piano takes the song to new atmospheric heights, an impressive feat given that this track is one of the heaviest on Dead End Kings. The next two tracks, “Leech” and “Ambitions” are similar to “The Racing Heart” in that they have diverse dynamics in their original form (soft verses with full band choruses or bridges) but the “dethroned” versions transform quite nicely. The wash of keys, strings, mellotron as well as soft percussion and guitars with Jonas’ vocals is a very relaxing and soothing representation of these songs. “Ambitions” is also interesting because it features horn patches as well as an electric guitar solo, the only other track other than “Hypnone” to feature electric guitars.

The following tracks “Undo You” and “Lethean” are primarily acoustic guitar-driven songs, which is great because it allows the listener to appreciate the nuances of the guitar parts given the fact that they are very similar to their electric counterparts. “Lethean” also presents a different interpretation because it features a sort of scooped and break beat-like drum part in the chorus. In absence of its full version’s ripping guitar solo, Katatonia opt to focus on the mellotron, which masterfully accents the middle-eastern vibe of this bridge section. “First Prayer”, similar to “Buildings”, is originally a heavy song that relies on the drums and distorted guitars but its new version is still just as intense. The harmonized vocals and silky mix of the acoustic guitars present the song in a much darker and contemplative mood. The final track, “Dead Letters” is also a very compelling interpretation of the original. In its original form the intro features a Tool-like guitar riff, but this time around the listener is given an alternate acoustic riff accented by a rich organ sound. Katatonia once again proves that this version of the song is indeed a worthy finishing track, as the acoustic guitars are a significant highlight to the track as well as the swimming string and mellotron sounds.

Katatonia are a band that is constantly seeking to push their musical and creative boundaries. While most avid Katatonia fans might be apprehensive about this newest release, the patient and open-minded listener will be heavily rewarded for purchasing this album. This album was made for Katatonia fans, but it wouldn’t be a stretch of the imagination to suggest that any fan of ambient and emotionally stirring music would love this record. Very few bands in the metal genre can overstep what are perceived to be clear-cut boundaries between heavy music and its opposite, but Dethroned and Uncrowned is a crowning (pun intended) achievement in the remix album world, and should stand as the prime example of how songs can be presented in a variety of instrumentations and moods. In closing, Katatonia have more than succeeded in creating a compelling and fascinating album that more than stands up to any of their previous endeavors. Cryptic Rock gives this album 4.5 out of 5 stars. 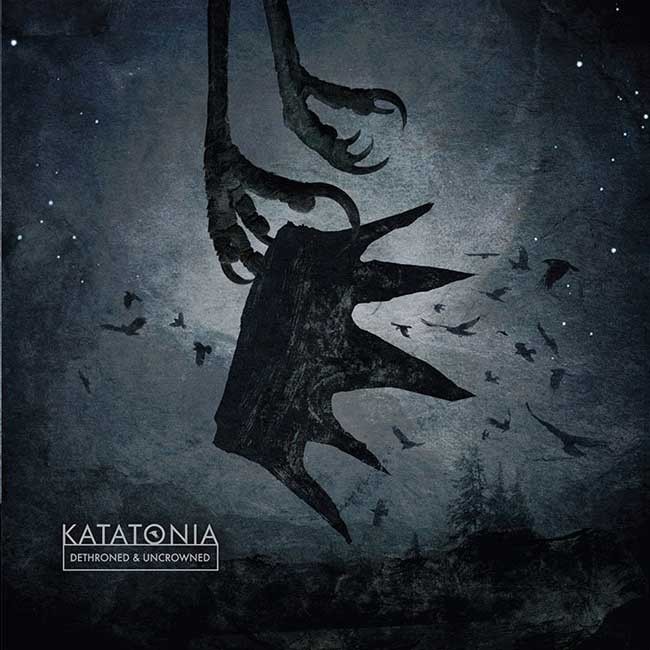