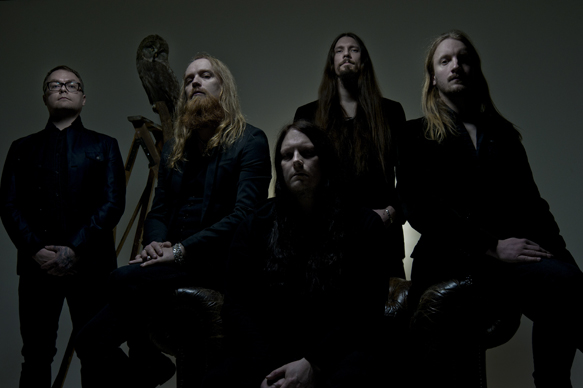 Twenty-five years ago, in 1991, Jonas Renkse (vocals) and Anders Nyström (guitar) conspired together. In collaboration, they embarked on an incredible journey that turned into an inspirational landscape for Doom and Progressive Metal in Sweden, creating the renowned Katatonia. Debuting in 1993 with full-length album Dance of December Souls, Katatonia, from the get-go, received praise for their innovation around the Metal community.

Stylistically, the band has matured and transitioned towards a more Progressive style album to album, however, keeping with their melancholic and Metal roots. While beloved fans turn to early records such as 1998’s Discouraged Ones and 1999’s Tonight’s Decision as cornerstones of Katatonia’s unique qualities, the band continued to grow with 2001’s Last Fair Deal Gone Down and 2003’s Viva Emptiness. Considered breakthroughs into more international acclaim, their 2012 album, entitled Dead End Kings, was their most successful, charting highly in nine different countries.

The life and career behind Katatonia has expanded immensely since then, where they have toured across the globe collecting an even larger fanbase. Some would say Dead End Kings was the root to their new direction, and it received a tremendous amount of positive feedback where Katatonia released the re-envisioned Dethroned & Uncrowned in 2013; a remix album with only the orchestral and vocal parts and leaving out, in essence, the Metal instrumentation. While they released a live acoustic album in 2015, entitled Sanctitude, material-wise, nothing new has been generated since 2012, leaving fans questioning Katatonia’s future musical direction.

Now, finally, the wait is over. Katatonia’s tenth studio album, The Fall of Hearts, under their long-time home in Peaceville Records, is set for release on May 20th, 2016. The first to feature the new drummer, Daniel Moilanen, who replaced long-timer Daniel Liljekvist, as well as Guitarist Roger Öjersson, it is also the second record to feature Bassist Niklas Sandin. The recording took place at Stockholm’s Studio Gröndahl and Tri-lamb Studio and was self-produced by Nyström and Renkse themselves. The mixing and mastering was generated by Jens Bogren (Opeth, Ihsahn) at Fascination Street Studios and engineered by Karl Daniel Lidén. Completing the masterful package, the artwork for the album was created by the band’s long-time designer Travis Smith.

The recurring theme for The Fall of Hearts is set around a cold, dark, and bleak journey during metaphysical winters. It defines a form of hope despite the fogged and dreary path while ensuring the experience in itself will be worthwhile. This theme can be considered as a metaphor for life in general, where despite the hardships humanity faces, the inevitable death will happen one day. It more or less paints a coat of comfort through one’s personal tragedies while life continues to pass with death lurking around, haunting the mind with fear and anxiety. The Fall of Hearts digs deeper into this subject as it coincidentally shines a light through this melancholic anguish.

Opening up with “Takeover,” the song slowly progresses with dark vocals including, “Days are long and melt right into nothing.” The movement continues to fluctuate between aggressive momentum and atmospheric ambiances. The electrifying “Serein” flows in next with Melodic excellence as it releases distorted riffs and hooks. The morbid vocals leads the instrumentation with compelling lyrics and phrases such as, “wisdom turns to rust.” Streaming towards a sedative pace with the next “Old Heart Falls,” the track depicts leaving dreams and chances behind. It is one of the most depressive pieces, however, it also speaks with an emotive truth with, “Sorrow will find you, for every dream that is left behind me.” Continuing with a soft, hazy melody, “Decima” acoustically enters next. The lyrics continue to speak about dreams and leaving the truth behind where “lifelong journeys will unwind.” Despite the progressive softness this track has, it will take a few replays for the listener to discover additional undertones for the album’s constant theme.

A third into the album, things heat up with “Sanction” as it opens with a distinguished low-key heavy riff while the initial softness dissipates. The song melodically engages the listener as the direction continues to swing with differentiated hooks and tempos. Emphasizing a Progressive style, “Residual” tunes in next as the guitar riff intertwines with an orchestral blend. The melody on this piece sinks the listener in with its powerful and soulful energy. Lyrically, the song extends a pattern for one searching for comfort with words, “Let’s celebrate, there’s no need to cry. No one can comfort you.” Towards three minutes in, there is an instrumental break that captivates the listener even further, and this marks it as one of the stronger tracks on the album. Keeping with a stronger production, “Serac” swoops in with a heavy instrumental jam for nearly one minute before the vocals enter. This seven-minute piece sways in different directions as the chorus medley escalates with an angrier tone. Towards the last minute of the song, it shifts to an electronic breakdown where the piano is the focal point that leads in with captivating hooks until it fades out.

The orchestrational keyboard sound continues with “Last Song Before the Fade.” The soothing sound changes quickly as a strong guitar riff dominates up until the vocals kick into gear. There is a smooth Blues/Jazz sound three minutes into the piece as it turns into a mellow track where the piano picks up once again four minutes into the piece. Another shift happens towards the end of the piece with a heavier chorus until the song officially concludes. Sirens fade in during “Shifts” as a Blues-like bass rumbles while the piano continues to escalate. The vocals smooth its way in with lyrics such as “I dreamed back my youth.” One of the slowest tracks off of the album, it remains a bit repetitive with the recurring life-dissipating, depressive theme of the record.

Setting back to a Progressive tone with a haunting medley is the next, “The Night Subscriber.” There are a few elements in this song that sound similar to an earlier Tool as the melody continues to grow towards a distinct Alternative Metal rhythm. There are non-redundant piano elements as well, which adds a creative aesthetic. Strings pick up around the four minute mark as the pace slows down slightly. One of the strongest tracks on the album, it would be a great addition to hear live.

As the album comes to a near close, “Pale Flag” acoustically enters with an older classic tone. It is a slow and engaging piece that drags the emotion of sadness and depression in a poetic form. Saving the best for last, “Passer” officially concludes the album with a heavier and Progressive tone. There is an innovative guitar solo that holds an enlightened momentum. Once the keyboard enters, the guitar riff slows down as the vocals move with continuous disturbing lyrics about letting go and moving on.

The Fall of Hearts awakens the soul where it explores new barriers and melancholy depths. The melodic changes between a substantial progression, soft orchestration, and dynamic guitar riffs have showcased how much Katatonia has evolved over the years. Katatonia has always pushed envelopes in their career where quality surpasses quantity, and The Fall of Hearts is no different as it continues to explore darkened pavements while sticking to their Metal roots. CrypticRock gives The Fall of Hearts a 4 out of 5 stars. 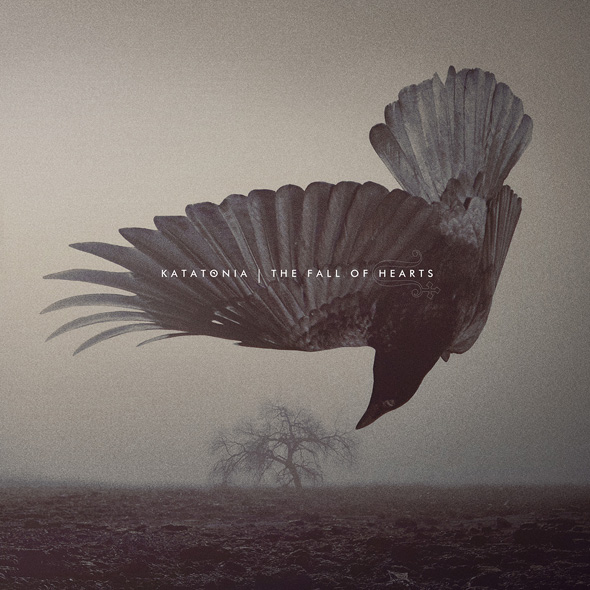