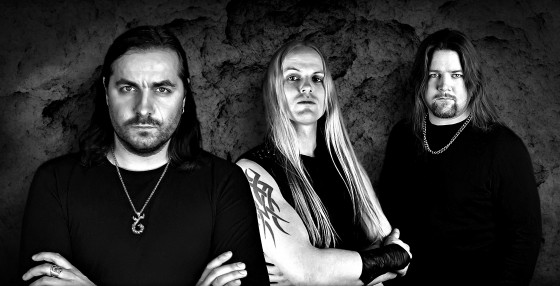 Two-time Norwegian Grammy Nominee, Extreme Metal band, Keep of Kalessin are set to release their highly anticipated new album titled Epistemology in North America today via Indie Recordings. Having been five long years since their Reptilian album, fans have waited patiently for the band’s return, and now that curiosity can be satisfied. After the departure of vocalist Torbjørn “Thebon” Schei, Keep of Kalessin move on in battle as a three-piece, featuring guitarist/keyboardist Arnt “Obsidian C.” Grønbech now on lead vocals, along with Robin “Wizziac” Isaksen on bass, and Vegar on drums. Without comprising their epic larger than life sound, the musicians join forces for what may be their most diverse and complete album to date. Combining their Black Metal roots with Thrash, Death, and traditional Heavy Metal styling, Epistemology is brought together with intense guitar work, as well as intricately crafted songs.

In celebration for the release of the album, Keep of Kalessin team up with CrypticRock today to provide listeners with an exclusive stream of Epistemology track “Dark Divinity.” Rejoice, the time has come for the reign of Epistemology! Listen below: