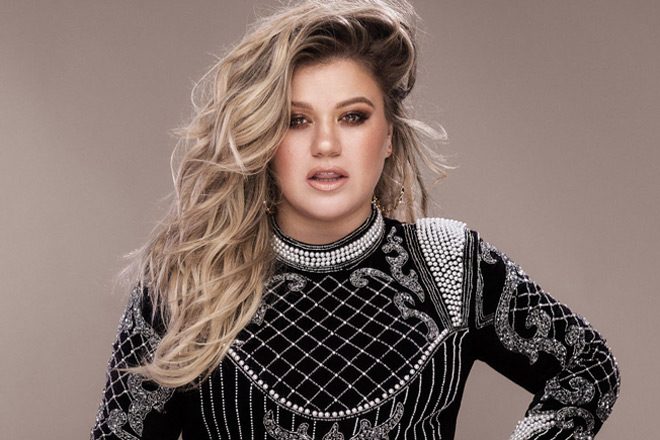 Since American Idol, Grammy Award winning Kelly Clarkson has grown into a “Whole Lotta Woman,” taking a roller coaster ride throughout the course of her career. Between battling for her career through her previous label, and trying to fight for the right people in her life, Clarkson can finally take a breath of fresh air to smell the roses. That in mind, Clarkson tackled on a few different projects while she adjusts to a new life with a spouse and kids including publishing a series of children’s books, 2013’s Wrapped in Red Christmas album, and more. A busy woman, she returns to the music limelight with her eighth studio album, Meaning of Life, which hit the public on Friday, October 27, 2017 via her new label, Atlantic Records.

Balanced in the Pop genre, Clarkson has always formed to different musical influences whether it be in the studio or during a live performance. Her last work, 2015’s Piece By Piece, did not do exceptionally well commercially, but was well-received by fans regardless. The song “Piece By Piece” hit its peak during the American Idol performance, where Clarkson and Music Producer Jason Halbert took the stage for an acoustic breakdown. Since then, Clarkson has departed with RCA records and in 2016 jumped on-board with aforementioned Atlantic Records. Her debut with Atlantic Records, Meaning of Life marks a new beginning for the star.

A total of 14 songs, Meaning of Life overall speaks more from a personal standpoint as opposed to storytelling. That said, the sound of subtle high heels walking begin the intro, “A Minute.” Clarkson sings, “Sometimes I need to unwind,” and the relatable statement hits like a punch to the face when the bass kicks in. She is coming back full force to say what she wants, not giving a damn. Her sultry voice is warming, like a blanket on a cold winter night, and though a minute feels like the perfect length, it is easy to wish there was more where that came from. Up next, lead single “Love So Soft” claps in the track-list. The fun and bubbly song is honestly one of her weakest lyrically, but it is difficult to deny the catchy nature of the music.

From there, Clarkson offers so much more and an unquestionable standout is “Heat.” An instant favorite, the track highlights her vocal ability and personality of a big, loving heart exceptionally well. It is her way of saying she just wants to be met in the middle, effort wise; it gets the tension and heat rising. Another standout moment comes with “Medicine,” a song about releasing toxicity and cutting ties with those who just are no good for you. The high-pitched vocals against the rocky bass is a nice contrast as Clarkson sings, “I gave you plenty chances… but you just caused more damage.” Though it can be seen as seemingly stagnant, the song almost gives the feeling of a revamped version of 2003’s Thankful.

A mature, strong woman, confidence oozes from every orifice in “Whole Lotta Woman,” which has been named a personal favorite by Clarkson herself. Sassy, spunky, and funky best describe not only this track, but this era in Clarkson’s career as she embraces her image, her personality, and the people around her. It is truly evident she is loving life, and it is hard not to smile in return of her infectious attitude. Another song that carries the same attitude is “Didn’t I.” Featuring heavy bass, Clarkson sings about giving someone her all but it never being enough, remaining aggressive and up-front.

The first half of the album reflects the positive outcome of what Clarkson has endured over the past fifteen years. The title track, “Meaning of Life,” is an overall great synopsis of the album. Waltzing keys and a mid-tempo beat introduce the song, and a wholesome effect builds life and character through strings and horns. It is a sweet surrender for a love in one’s life, Clarkson presumably directing toward husband Brandon. Then the single “Move You” marks as one of the ballads on the record, highlighting Clarkson’s vocal range from low and warm, which runs sweet and thick like honey, to the falsetto highs that float light as air.

Then there is the second half of the album which takes a darker and more serious turn. For example, Clarkson displays all the hurt she endured to become the woman she is today on songs such as “I Don’t Think About You,” “Don’t You Pretend,” and “Would You Call That Love.” Inspirations were probably rooted from a number of things, but it seems the fairy tale-like “Don’t You Pretend” takes some inspiration from Rihanna’s “Love On The Brain,” a track Clarkson was obsessed with for a while. Portions of the tracks could almost feel self-centered, assuming that the lost love is constantly thinking of her. Though there are a few of the songs that sound like an odd fit for the album, it is undeniably easy to get lost in the music effortlessly as mystical, soothing sounds swirl throughout while Clarkson whimsically and hauntingly asks, “Would you call that love?”

Ending on a high note, literally, “Go High” is an inspirational anthem rooted from Michelle Obama’s “When They Go Low, We Go High” speech. The message reflects the same as Clarkson’s “Love Them More” tattoo, which is about showing love and respect despite any ugliness. The catchy tune sparks a love/hate relationship while the tambourines shaking against the bass is a nice touch.

All in all, Meaning of Life defines a moment in Clarkson’s career where she is comfortable with who she is. The record displays growth musically compared to previous records. It is evident Clarkson’s musical and creative freedom was unleashed, and it surely paid off.

The forty plus minutes of music drives a wholesome feeling for die-hard fans and it is blissful to see the queen glow with such confidence in a way. To not so dedicated fans, the album may strike as just another powerful, upbeat album from Clarkson. Regardless, Clarkson is back and is not afraid of what anyone has to say. Simply put, she is ready to have a voice of her own. For these reasons, CrypticRock gives Meaning of Life a 4.5 out of 5 stars. 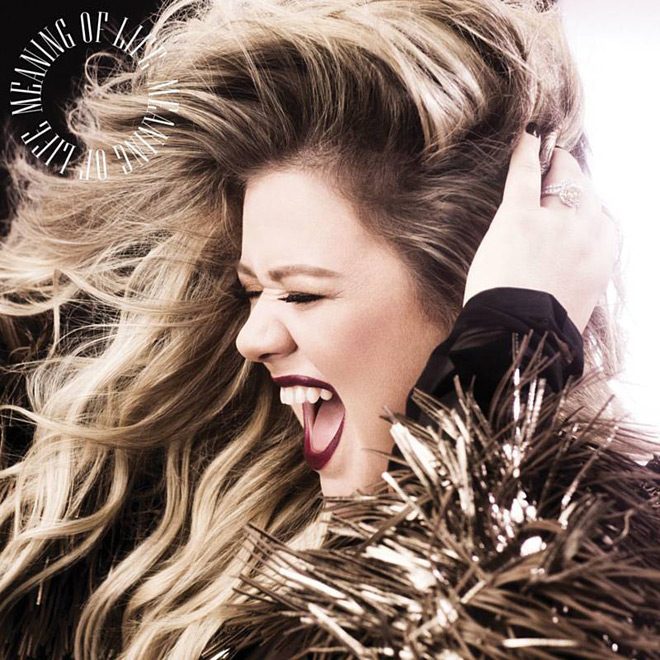