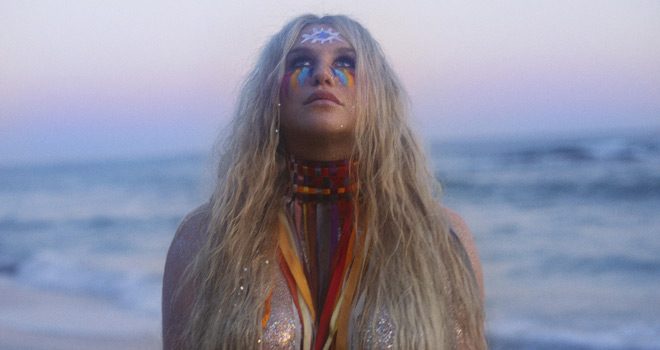 Beginning her career at a young age, California’s Kesha made a big impact in 2010 with her debut album Animal. Her music, fun and wild, the debut that hit number one on Billboard charts and attained platinum status, the future looked very bright. Following up with Warrior in 2012, Kesha was still on a steady climb upward, but then the star hit a snag, checking in rehab in 2014 and facing legal battles in 2015. Thankfully, there is also hope at the end of the rainbow, and in 2017, following a lengthy hiatus Kesha returns with her third studio album aptly entitled Rainbow.

Her first studio album since 2013, Rainbow is a collection of songs whose seeds were planted back in 2014 when Kesha was in rehab. Working hard to get back on track, the 14-tracks new album hit airwaves on August 11, 2017 via Kemosabe Records/RCA Records creating a huge buzz. In fact, many wondered if she would be able to regain her glory after so much time has passed. Well, Kesha  surpassed and exceeded the expectations of listeners worldwide when Rainbow hit.

Rainbow has already received the attention and commentary of various big names in the music and media industry such as Rolling Stone, Billboard, and more. This in mind, the album begins with something more acoustic on “Bastards.” Accompanied perfectly by the lyrics, from the get go there is feeling, emotion, a letting the guard down. Leading with the example, Kesha’s message comes across tranquilly while the strumming  guitar holds the listener spellbound. This opening cut reveals a softer side of Kesha, her heart out and guard down.

In contrast, “Let ’em Talk” featuring Eagles of Death Metal is a shorter faster song. Fun and packed with a catchy beat, listeners may stand up and begin to shake it, like back in the 1980s. Disco is the feel and theme, taking it back, laced with high-pitched squeals and screams, Kesha most certainly enjoyed the making of this one. Then her voice grabs attention at the beginning of “Woman,” an empowering piece for women worldwide. Beaming with confidence and preaching independence, Kesha’s attitude blares as a lioness roaring and showing her dominance. Featuring The Dap-Kings Horns, the song combines the piano, trumpets, and other various Jazz instruments fusing with Kesha’s vocals, swiftly lifting listeners into a more validated sense of self.

Then “Hymn” is a delectable delight as Kesha hits the rhythm just at the right moment. A way with words, with lyrics straight from Saturn and the solar system, Kesha offers a vocabulary more out of this world on this one, serene, and unintentionally hypnotizing. Hold on to your seat, the much talked about lead single, “Praying,” plunges into the depths while the feel behind Kesha’s words holds much sentiment. Starting off, and takes you down under, immerses you in the lake of what we hold inmost. Hurt and pain, and an intent to forgive and move on, a powerful message conveyed in a glorious way.

Moving on, “Learn to let go” is more carefree with lyrics that speak of things many of us will not admit, and the chaos we harbor when we hold on.  Joyful and moving on, a video is available for “Learn to Let Go” on YouTube now, and it is well worth checking out. Then the title-track, “Rainbow,” is an indulgent melody the words seem to get deep under your skin and seep into your skin. The orchestra in the background is a plus, complementing Kesha’s raw and real talents. A great song that will lift you up when you are down in the dumps, it is a conscious reminder that this life is beautiful and child-like.

Keeping the album contagious, “Hunt You Down” is a fun-filled reminder that cheating will leave you with a beating, or a chasing anyway. Typical Kesha, the song is reminiscent of her earlier material. This is before a sweet refresher entitled”Boogie Feet.” Breaking back the guys in Eagles of Death Metal, most certainly entertaining, this is a great song to wake up the kids and just have a boogie oogie good ol’ Monday morning.

A more electric tune, “Boots” starts out with a precarious beat before Kesha rings in shortly after. Progressing, the chorus fades out of the rhythm make Kesha’s voice is more distinct and satisfying. Thereafter “Old Flames” is about the woes and throes of love. A song featuring legendary Vocalist Dolly Parton, it naturally has  more of a Country feel. Steady and slow, the organ in the background along with Kesha’s deeper vocal approach is a great bonus. More fun and sweet, with a name that catches your attention, “Godzilla” is acoustic and reminiscent of a nursery rhyme, lulls you gently to sleep. Do not nod off just yet because the final track, “Spaceship,” is a beautiful symphony. After four minutes, Kesha begins commentary with her voice and message constructively conveyed.

Kesha’s words have the ability to inspire and simultaneously they can soothe and give a sense of home. They remind us of a world long ago forgotten. All this said, Rainbow is a perfect album, laden with tracks filled with fun, meaning, and love. With songs you cannot help but get up and move to, it an epic comeback from Kesha. A transformation, like a caterpillar undergoing metamorphosis, out of hiatus, Kesha reveals her wings spreading them like a rainbow for all the world to see. That is why  CrypticRock gives this album 5 out of 5 stars. 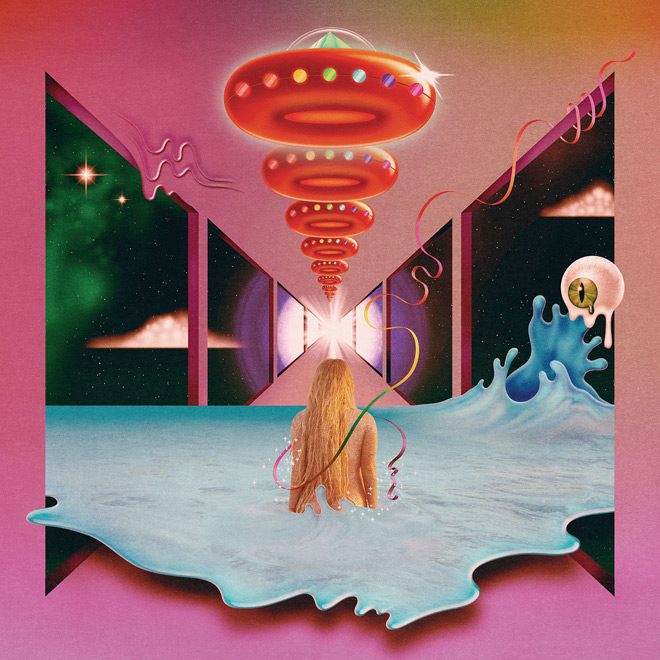