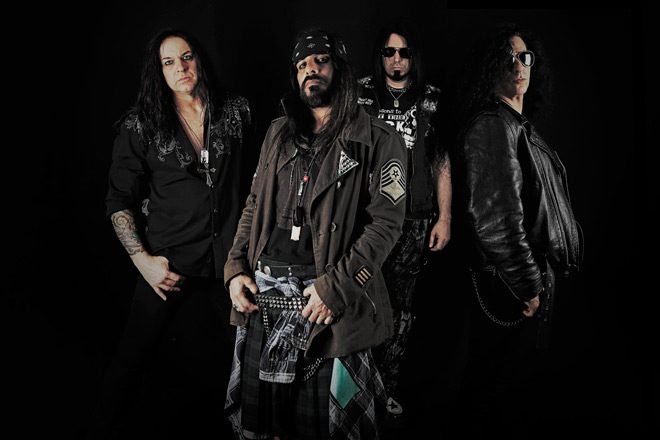 Since their inception in 2013, Atlanta, Georgia’s Kickin Valentina have been a go to source for rowdy Rock-n-Roll. Initially formed by Guitarist Heber Pampillon and Drummer Jimmy Berdine, they soon added Vocalist Joe Edwards and Bassist Chris Taylor to complete the team. Dropping their self-titled EP in 2013 via Highway 9 Records, they soon were picked up by Danish label Mighty Music going on to release their debut full-length album Super Atomic to positive acclaim. Now, two years later, they return with their anticipated follow-up, Imaginary Creatures.

Set for release on August 11, 2017 via Mighty Music/Target Group, Imaginary Creatures was produced by Andy Reilly (Bruce Dickinson, UFO) at Muse Productions in the band’s hometown of Atlanta. Consisting of 10 new tracks, could Kickin Valentina’s sophomore album take them to the next level?

It all starts with the sounds of an engine starting before someone rolls through radio stations before finding the right rocker, speeding off as “Eyes” kicks in. Musically lively, it is gritty heavy Rock-n-Roll from Edwards shoutout vocals to Berdine’s hard hitting drums. Keeping the energy high, album lead single “Turns Me On” may be an homage to every rocker groupie that has followed these bad boys through their touring over the years. Bringing on ’80s feel good Rock, you cannot go wrong here.

More on the heavy side, “Devil’s Hand” gives the visual imagery of a bunch of bikers rolling out in leather. Then, if there was anything that could be called a love song on Imaginary Creatures, “Eat N’ Run” is it. Solid drums from Berdine makes the song a heart-thumping tragedy of Metal all framed with guitar riffs from Pampillon, making for unapologetic Rock genius. Moving on, “Crazy” is lyrically simple, allowing the vocals of Edwards to shine with grit and experience. His signature growls supported by masterful guitar work from Pampillon is beautiful as the track could very well be looked at as this album’s ballad.

Bringing the album back up to speed, the bass of Taylor sets the vibe for “Street” that is fit well with some twisted up vox effects. Complemented by female backing vocals, it sounds magnificent, making for a great cruising tune. Then, kicking the fun factor right in the ass, “Roll Ya One” is a much deserved showcase for the band’s tight musicianship. More old school than hair band, it is easy to shout along with this one.

Now over halfway through, “Heartbreak” is a head-banging trip revisiting that universal theme of love. Sprinkling in some of the best guitar work, easy to understand lyrics support the twisted up feelings oozing out of Edward’s voice, making it one of the strongest offerings from the album. At this point, Kickin Valentina has completely impressed, but then, with style and substance, Edwards provides a killer rendition of the song made famous by Elvis Presley, “Burning Love.” On par with the popular hit, it is quite a cool little Easter egg to tuck in the back of the album. Ending the journey, title-track “Imaginary Creatures” is a smooth, yet raunchy rocker, making for a satisfying conclusion to the album.

Truth be told, Kickin Valentina is finding a way to tap into that unapologetic Rock vibe that has been lost over the past few decades. Their music is tight with a groove and Rock-n-Roll through and through. As for Imaginary Creatures, the album is sequenced with grace, allowing each track to build and breathe, much like a live show. Following up to a debut album can always be a difficult task. As they say, a musician has their entire life to write their debut, but clearly more pressure is on with each subsequent release. Thankfully, Kickin Valentina do not falter, and that is why CrypticRock gives this album 5 out of 5 stars. 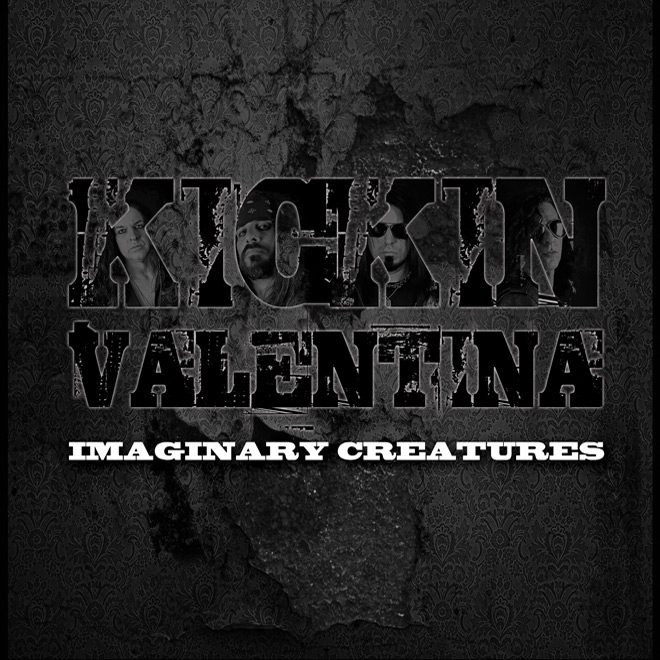