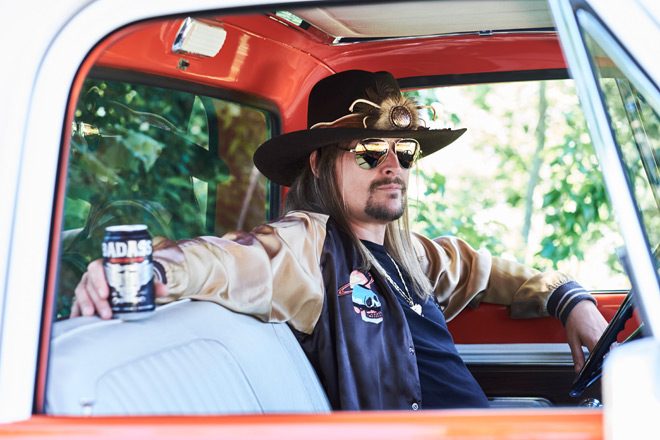 Die hard fans of American Badass Kid Rock will know that he has been steadily putting out albums for close to thirty years now. Looking back, Kid Rock stormed onto the scene with his 1999 Platinum-selling album Devil Without a Cause, gifting mega hits ”Bawitdaba,” ”Cowboy,” and ”Only God Knows Why.” This is all while Kid Rock secureD his place in the Rap Rock genre. Even then, it was clear Kid Rock would be making music for a very long time. From there, albums that were saturated in old school Hip Hop slowly but surely began to transform into the Southern Country Rock landscape that has built Kid Rock’s persona.

With that in mind, his newest album, Sweet Southern Sugar, although very much so in the realm of Southern Rock, will have long time fans happy to hear a little more Hip Hop influence from the past return to the forefront.

Out on November 3, 2017 via BMG, Sweet Southern Sugar is true to form for Kid Rock. His eleventh overall studio album, it starts off with the in-your-face song “Greatest Show on Earth.” A hyped-up Rock-n-Roll scream machine from the first note, filled with a thunderous beat and dirty southern guitar riff, Kid Rock states who he is, what he is capable of doing, and his braggadocio of being part of the Greatest Show on Earth.

From here, the album moves on to “Po Dunk” and Kid Rock fans will be happy again to hear a Hip Hop influence in this raunchy, guitar-driven tune. With its simple beat and harmonica, it encompasses what it means to be from the south and what it means to be proud of it.

On the slower end of the spectrum there is “Tennessee Mountain Top,” which shares similar vibes about being from the country, yet with a much easier groove that will have you swaying with drink in hand while watching the sunset from your porch. It is a very fitting song in terms of track placement with a great pace, lyrics, and harmonies. Then a different side of Rock shows with the funky piece “I Wonder,” which has Rock telling us he wonders if his love is on his mind at times, or even at all? It is an upbeat song with a pulsating groove laced with a real dirty-driven, fuzzed-up guitar solo that rides the groove perfectly. Following, other cuts like “American Rock and Roll” offer insight into Rock’s love for the American R&B, Rock-n-Roll, and Country music.

Furthermore, tracks like “Back to the Otherside” as well as “Stand the Pain” are soul searchers that have Rock singing about hardships in life and how we all go through them. Reminding listeners we all have similar battles, even though we may not think that way, they are some of the most important portions of the album. This is before the classic Country-themed “Raining Whiskey” about a guy who has lost the girl. A serious themed song with a very upbeat and light fashion in a Honky Tonk fashion with great harmonies and slide guitar, it is easily a song that everyone can relate too.

Rock even takes his chance with a cover song in “Sugar Pie Honey Bunch.” A fresh rendition of the 1965 classic as sung by the Four Tops, Rock sets the tone with guitar, drums, and bass, making for an unexpected, enjoyable performance. Last, but certainly not least, album closer “Grandpa’s Jam” will have die-hard Hip Hop fans rejoicing. A straight up Hip Hop number that has everything, there is bragging, the hype, the playful wit, and once again, there is the real, down south, funky guitar riff played over a simple beat with a DJ scratching along.

Overall, there is nothing to not like on Sweet Southern Sugar. It has all the ingredients of a great Kid Rock album – there is Country, Rock, Hip Hop, and attitude. Filled with great lyricism, vocals, and harmonies, this album truly shows how much Kid Rock has grown as an artist. Sweet Southern Sugar will most definitely stand the test of time and that is why CrypticRock gives it 5 out of 5 stars. 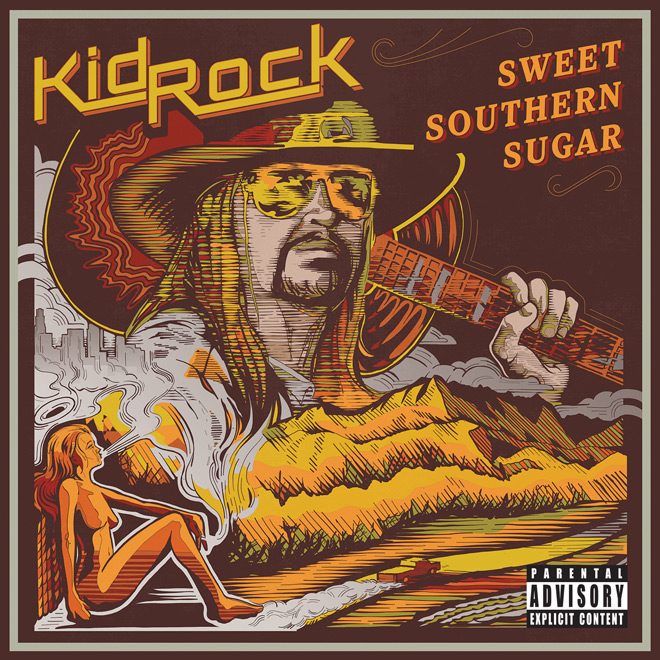