Pranks can be hurtful, life-changing for some people. Still, some find it amusing to play pranks on others, even friends, for what harm can a little prank do. Writer/Director Robert Mearns released his expanded story of his short, Prank, in the form of Kill Game, AKA Prank’d, to viewers December 5th, 2015 via Full Throttle Pictures and on DVD via Cinedigm as of January 5, 2016. A story built on relatable emotions of hurt from bullies pranking those that suffer from insecurities, Kill Game provides enough attention grabbing jumps to ride the edge of your seat and wait for answers to all the questions raised. 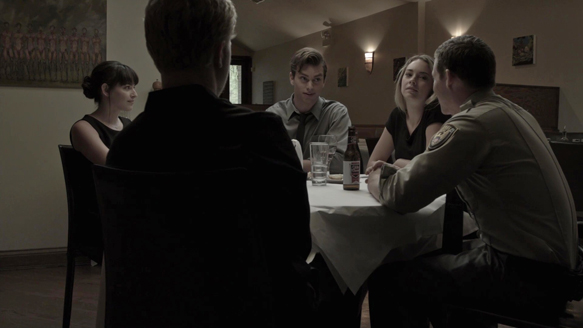 In the small fictional town of Grace Arbor, a group of high school friends, Blake (Tommy Beardmore: Zombie Apocalypse: Redemption 2011, The Life and Death of an Unhappily Married Man 2015), Nathan (Joe Adler: The Mentalist series, Grey’s Anatomy series), Ryan (Pierson Fode: Jessie series, The Bold and the Beautiful series), Courtney (Laura Ashley Samuels: The Final 2010, The Cheating Pact 2013), and Mara (Mouzam Makkar: Communicators  2012, Night Before the Morning After 2013) enjoyed playing pranks in high school until one went horrifically wrong. The local newspaper, Grace Arbor Gazette, printed the story of a young man, Brandon, that drowned at the beach. Since that fatal night, the group has continued to keep their secret and vowed, on their lives, to never tell what actually happened.

The group sticks together, and after attending the funeral of their friend Jimmy (Nathan Ross Murphy: Working Man 2012, Space Licorice 2014), one of their recently departed friends, has a meal together. At the table, it is seen that things do not sit well and tension is present among the group. After a conversation about some fun pranks played, five pizza boxes are brought to the table, one for each of them. A standard innocent prank, Ryan does not find it funny and leaves the table. It should be noted that Ryan was the one who drugged and buried Brandon on the beach that horrific night. 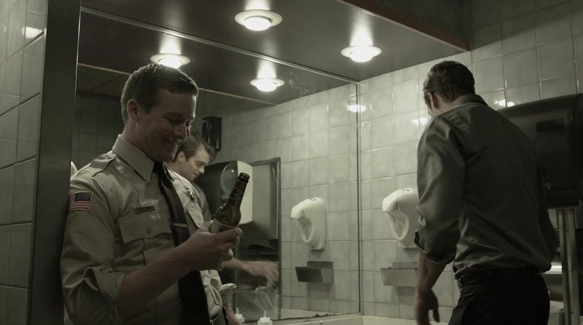 Moving along quickly, it is soon learned that Jimmy was involved in the accident and was found barbecued, hanging upside down. Brushed off as a horrible murder, the group rethinks that as people involved begin to die in gruesome prank-related ways by a twisted Marilyn Monroe mask-wearing killer, also looking like a Mother Bates type of character ala Alfred Hitchcock’s Psycho (1960). Trying to save themselves, or investigate the mentalities of those they have pranked, some of the group try to apologize for things they have done.

With so many pranks played, it continues to be unclear who may be the killer, or if there is even just one. After the introduction of Liam, (Michael Galante: Between Blood 2008, Boy Meets Girl 2014), Brandon’s twin brother, another possible killer is added to the list. Revealing his gruesome and sad story, he is painted as the perfect suspect. Although, as Horror fans know, expect the unexpected. It is also interesting to see that another friend a part of the original group of pranksters involved in Brandon’s death, Beth (Sari Sanchez: Alone 2010, Empire series), is the final girl standing. Could this possibly lead to a sequel and more story to be told? 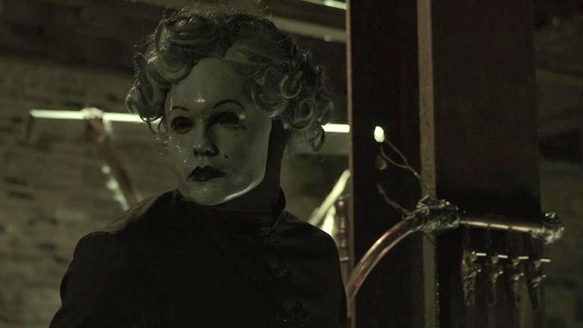 Kill Game, in the manner of 1997’s I Know What You Did Last Summer, continues to keep viewers guessing at every corner, almost to the point of complete confusion. A little more backstory and character development could have been given, but the film does deliver the tension and gore requested by today’s audience. With inventive kills and interesting twisted story, Kill Game is definitely worth watching, maybe even more than once to fully comprehend the information involved. CrypticRock gives Kill Game 3.5 out of 5 stars. 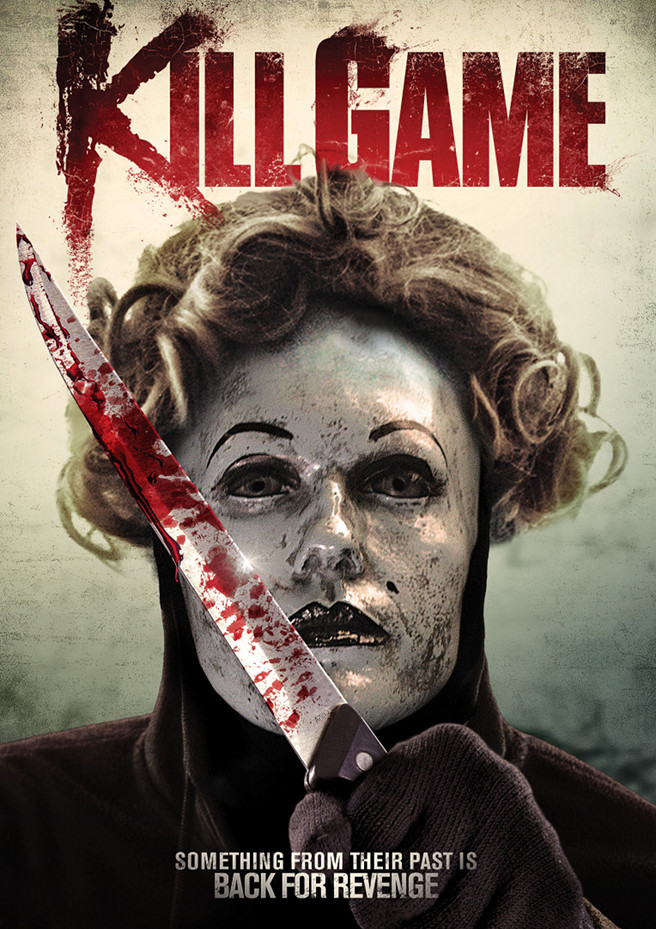