Kill or Be Killed (Movie Review)

For many movie-lovers, Western films are movies that they may not choose to see if they had the option. If you are a fan of Spaghetti Westerns combined with some Horror, Thriller, and Action, then Kill or Be Killed is the movie for you. Loosely based on the real life crimes of infamous bandit Sam Bass in the early 1900s, Kill or Be Killed shows the audience how the outlaw in the year 1900 was more difficult on horses then how it is now on vehicles. Duane Graves (The Wild Man of the Navidad 2008, Butcher Boys 2012), along with Justin Meeks (Prison Break 2006, Friday Nights Lights 2008), co-wrote and directed the film, which was released on DVD as well as VOD as of March 1st, and was is given a more believable storyline due to the fact that is was shot in Manor, Texas. 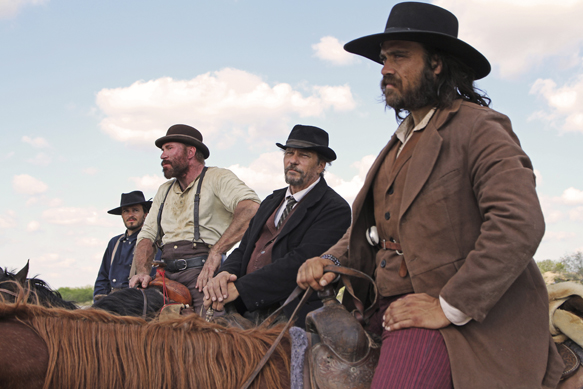 Graves and Meeks usually opt to make movies with cultural diversity and different time eras. Meeks does not only work as director and writer, but he also played the main character of the story. Along with Justin Meeks, Paul McCarthy-Boyington (Altered 2006, The Human Race 2013), Gregory Kelly (Planet Terror 2007, Sin City: A Dame to Kill For 2014), Deon Lucas (American Dreamz 2006, Imperfect Sky 2015), and Bridger Zadina (Blunderkind 2011, Terri 2011) composed the main characters of the story that give us visual information on how dangerous living in the early 20th century was.

The Barbee Gang, compiled of Claude “Sweet Tooth” Barbee (Meeks), Frank “Blockey” Jackson (Kelly), “Slap” Jack Davis (McCarthy-Boyington), and company, are quickly reunited with Goody Spotswood (Lucas) to set their life-retirement plan in motion. After rescuing a young teenager named Willie Carson (Zadina) from an abusive man, Sweet Tooth’s horse and the rest of them start galloping on a journey through The Rio Grande in an effort to get to a gold treasure left behind due to a botched heist. As the story develops, we see a lighter sense of plot with some comedic one-liners, which makes us think the movie will not be as dark as we initially thought. Fast-forward thirty minutes and it starts to evolve gruesomely. The gang tries to go from city to city inconspicuously, but there is always something that serves as detour to their ultimate plan. Now, being the most talked about gang, Sweet Tooth and his gang members start to realize that fetching their gold treasure, and thus their future, will not be as easy as they had assumed. 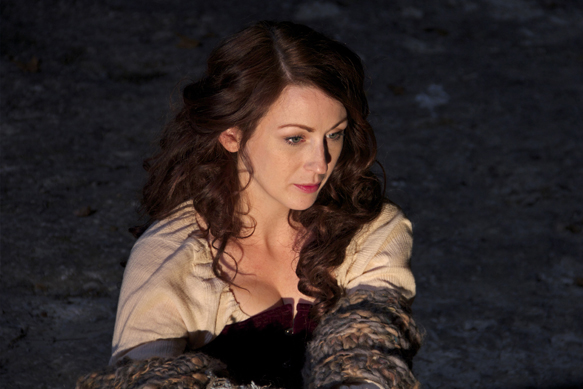 This is where Kill or Be Killed gets darker. After being welcomed by a family with amiable hospitality, one of the group members commits an unspeakable crime involving an underage person and lots of blood. Having messed up their discreet plans, the gang is forced to fix the problem in a permanent way. After leaving the farm, we see how not everything is easy as a walk in the park. One by one, gang members are being hunted by an unknown person who is nowhere to be found. They skipped town and while one of the gang members lose a finger, another one bites the dust. Sweet Tooth moves forward with his plan and tries to identify who this murderer is.

Besides the killer hunting them, there is a bounty of $100 promised to anyone who brings the Barbee’s gang members’ head. The story intensifies as more and more people get killed and Sweet Tooth realizes who the perpetrator could be. When Sweet Tooth finally reaches his destination, he is shocked by what he finds next. Given this new information, will Barbee get what he was looking for or what he deserves? Who will come out victorious and who will meet their creator in either heaven or hell? In many films – especially Thrillers – the plot does thicken towards the end. In Kill or Be Killed, the plot and twists take a one-hundred and eighty degree turn worthy of a potential genre-change; this is where it also starts to get a little confusing. 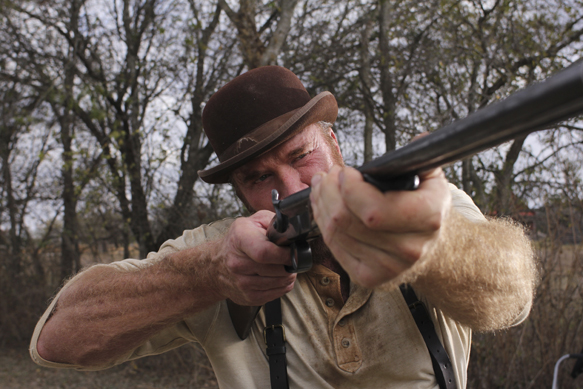 Spaghetti Westerns are slowly making their triumphant return, but are not always a success. Kill or Be Killed offered 103 minutes of both action and drag-outs. For the most part, Duane and Meeks managed to bring real Western scenes into this movie. The cinematography of Kill or Be Killed offered the audience a credible, realistic view in which everything from the costumes to the set design took viewers to the past with their TV sets. The cast was amazing, but it is important to mention the film did get rather predictable. The ensemble of cast fit perfectly with their accents and ways of speaking that anyone could believe this movie was set in the year 1900. With that said, those 103 minutes could have easily been cut down to 90 and the movie would have been on point. Nonetheless, Kill or Be Killed is worth the money spent. It is wise to say that maintaining an open mind and having enough patience are key to keeping yourselves entertained while watching this film. CrypticRock gives Kill or Be Killed 3.5 out of 5 stars. 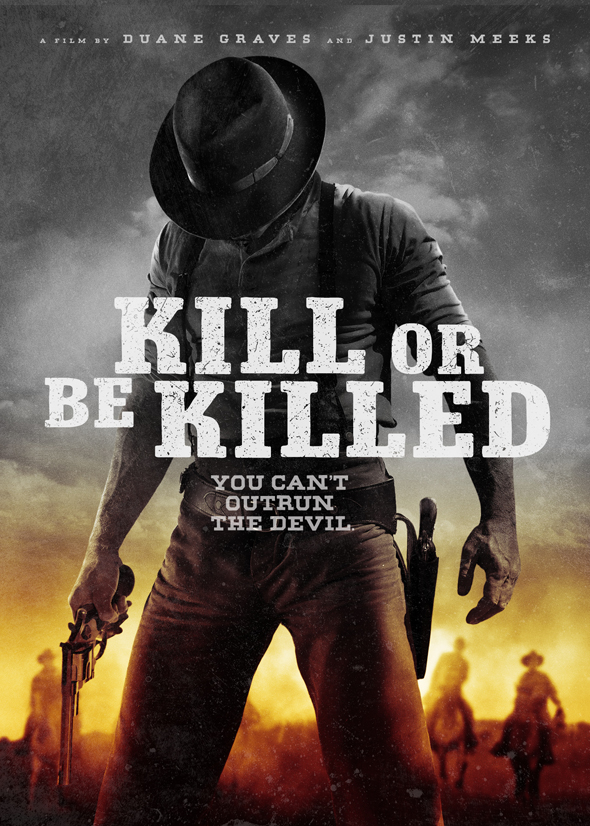